There is hope future pandemics could be controlled in as little as a few short months if current research projects working on experimental custom-made vaccine technologies are eventually successful, according to UWA Nobel Laureate and Clinical Professor Barry Marshall.

Fast-produced oral tablets could potentially be used to quickly vaccinate an entire population, or antigen-producing injections of cloned DNA virus into muscle could potentially trigger the human body “to make its own vaccine”.

“Researchers across the globe are working hard at developing new methods for making vaccines faster. The method I am most interested in is cloning vaccines into the bacterium Helicobacter pylori which we discovered. H.pylori could be taken orally and then you would vaccinate orally,” Professor Marshall said.

“I think these projects will eventually make a breakthrough, but now they are experimental. Perhaps, 20 years from now, we may not have quite as much fear of pandemic viruses because we will have the technology to create a vaccine in a few months and it might be an oral product – a vaccine you take orally.”

Professor Marshall said he was confident an effective COVID-19 vaccine would be rolled out; however, using today’s current vaccine technologies, even with a few short cuts, he estimated it was still many months away.

Out of the hundreds of vaccine trials currently being conducted, he expected the first successful COVID-19 vaccines to come from key big pharmaceutical companies in China, the United States, United Kingdom or Germany. At the same time, smart labs in many countries have robots working around the clock screening all currently available drugs, food products and natural therapies to see if they have any effect on cell cultures infected with COVID-19.

“I would predict that if all goes well, we will have some limited supply of a COVID-19 vaccine by January 2021, primarily for at-risk groups such as healthcare workers, aged-care workers, meat workers and schools. In the six months to follow, after hundreds of millions of doses have been produced, everybody would be able to be vaccinated.”

Until an effective COVID-19 vaccine is widely available, Australia will continue to see sporadic outbreaks of COVID-19 and rely on social distancing and contact-tracing mechanisms...

Discoveries made during the development of the COVID-19 vaccine could then, after the pandemic was over, go on to assist in eradicating other coronaviruses, even the common cold, Professor Marshall said.

“We haven’t got a vaccine against the common cold and I now think it will come,” he said.

“Instead of spending resources each year on buying tissues and lost days of work, we could fund the research that would be needed to control the common cold. We will probably also need some sort of little gadget, that plugs into your mobile phone, that can analyse your saliva, sweat or urine, determining if you have got a virus or bacteria.

“That is the future, but we are not quite there yet. Once we have all that, we may be able to use it to track, treat and tackle the common cold.”

Until an effective COVID-19 vaccine was widely available, Professor Marshall said Australia would continue to see sporadic outbreaks of COVID-19 and rely on social distancing and contact-tracing mechanisms, such as the COVIDSafe app, which he had downloaded, to keep a lid on the highly infectious virus.

As Western Australians returned to work, staggering work start and finish times might be an effective way to limit crowds on public transport and in public areas and allow for the required social distancing, he said.

“If you look at the Spanish Flu in 1918-1919, which killed about 40 million people, there were all kinds of strategies to try to protect people from one another in New York, including making sure that people’s entry into and exit from the city was staggered. This ensured that trains were not crowded with commuters, all going to the same place at the same time.”

Professor Marshall (1974 UWA graduate) and Emeritus Professor J Robin Warren were awarded the 2005 Nobel Prize for Physiology or Medicine for their discovery of the bacterium Helicobacter pylori and its role in gastritis and peptic ulcer disease. He is currently director of the Marshall Centre for Infectious Diseases Research and Training, which was founded in his honour. In addition to H. pylori research, the Marshall Centre is at the forefront of infectious disease identification and surveillance, diagnostics and drug design, and transformative discovery. 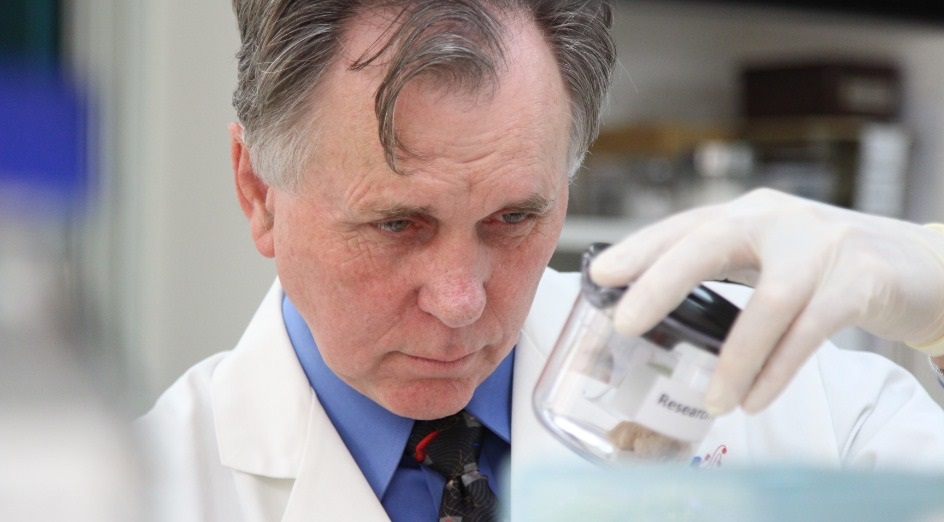