The gallery, which is home to three major public collections – The University of Western Australia Art Collection, The Cruthers Collection of Women’s Art and The Berndt Museum of Anthropology – began development following a $200,000 donation from UWA graduate Albert Maller.

Director of The Lawrence Wilson Art Gallery, Professor Ted Snell, from UWA’s Cultural Precinct said the gallery allowed visitors to not only enjoy art in a beautiful environment and building, but as a space in which learning, understanding and discovering art is promoted.

"Fundraising to construct the gallery began in 1984 after the formation of The Friends of the Lawrence Wilson Art Gallery appeal group and a $1 million donation from Perth businessman and UWA alumnus Lawrence Wilson allowed the fundraising appeal to reach its $4.5 million target." 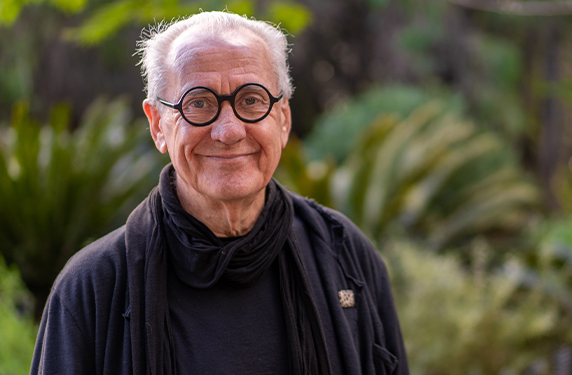 “Lawrence Wilson asked that the $1 million be used last in construction and the interest from his donation be used to establish a trust fund that would support scholarships for young disabled artists,” Mr Hoffman said.

The white-cube gallery design – which incorporates three gallery spaces, a secure collection store and staff offices – responded to a complex architectural brief and was completed by award-winning architect Gus Ferguson.

Partner at Ferguson Architects, John McLean said a purpose-built art gallery was needed to consolidate preserve and protect all UWA owned art works, which were housed around the campus in various offices before the gallery was developed.

“There was no model for a university-based art gallery in Australia, and in searching for a design genesis the Lawrence Wilson Art Gallery was influenced by the wonderful spaces of the Regional Art Gallery in Armidale, New South Wales,” Mr McLean said.

Following the completion of the gallery, Art Curator and Consultant Sandra Murray was responsible for preparing the first exhibition, Highlights of the Permanent Collection.

“I think it is important to reflect on the past, look back at how we’ve come a long way and how we value the arts,” Ms Murray said.

Member of the UWA Cultural Collections Board, Dr Ian D MacLeod AM said the Lawrence Wilson Art Gallery was an important asset in the community, as it provides an accessible space for the people of Perth and Western Australia to engage with art and culture.

The gallery will celebrate its reopening on Saturday 29 August 2020 with the launch of three new exhibitions – HERE&NOW20: Perfectly Queer, Drew Pettifer: A Sorrowful Act and Unladylike Acts: Recent Acquisitions from the Cruthers Collection of Women’s Art – on view until 5 December.