The UWA PhD Students Socking it to Sarcoma

Sarcomas are a relatively rare but aggressive form of cancer that, despite accounting for 10 per cent of all cancers in the 15-to-25-age group, receive less than 1 per cent of cancer research funding worldwide.

After being diagnosed with Ewings’s Sarcoma at the age of 17, Abbie Basson passed away 27 months later, weeks after her 20th birthday. The Abbie Basson Sarcoma Foundation was her wish and legacy, with its rallying cry of “Sock it to Sarcoma!” inspired by her simple idea of selling socks to fund vital research, provide patient support and raise awareness.

The foundation, relying on strong community support, is now assisting multiple researchers, projects and teams specialising in sarcoma research by providing PhD top-up scholarships, grants and support. For the PhD students, it's a chance to kick-start their research careers to make a difference for the outcomes and diagnoses of sarcoma patients.

Mr Francois Rwandamuriye joined the group in 2019, to undertake a project focused on tumour immunology. His interest in the field began after looking into the specific treatments and therapies available for sarcoma patients, and their poor response rates.

After reviewing the literature, I came to notice that sarcoma therapies have not changed for the last decade! I was alarmed by the fact that this type of cancer, although rare in adults, makes up 15 per cent of paediatric cancer and 10 per cent of cancers in the 15-25 age group.

Although treatments such as chemotherapy and radiotherapy are available for this rare cancer, along with the surgical removal of soft-tissue sarcomas, many patients relapse, which motivated Francois to pursue safer, more effective therapies.

“Surgery is the main treatment option for soft tissue sarcoma," he said. "However, during surgery, if even one cancerous cell gets left behind there's a chance the tumour will regrow, and many patients suffer from local relapse of their sarcoma. My research project aims to tackle this key problem.”

Also working on sarcoma relapse prevention is Ms Breana Vitale (nee Weston). Breana began her project in 2020 and is targeting the tumour microenvironment after surgery to prevent the relapse of soft tissue sarcoma.

Regenerative biology expert Winthrop Professor Jiake Xu has also just been awarded a grant for his project 'Investigation of novel therapeutic inhibitors of an angiogenic factor to inhibit osteosarcoma'.

The foundation also offers the Sock it to Sarcoma! PhD Top-up Scholarships, which are co-funded with UWA. These scholarships have enabled two more research students to continue their work in the field.

Emel Rothzerg is partway through her PhD project, 'Discovering molecular functions of LEPROT in osteosarcoma by combining bioinformatics and molecular genetics' which builds on a number of projects relating to sarcoma to which Ms Rothzerg has been integral. 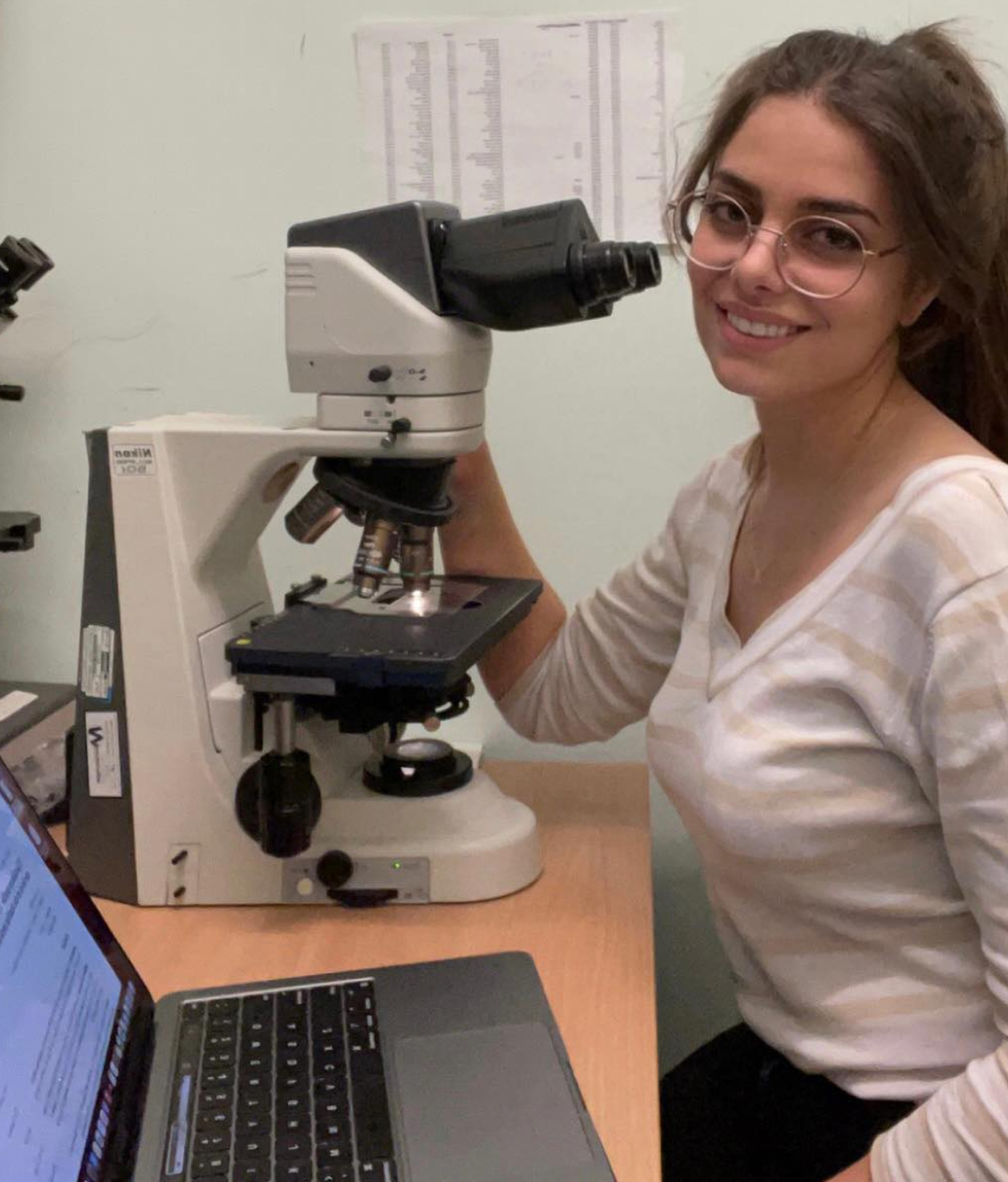 Community pharmacist Ms Shahama Taifour, working with Associate Professor Pilar Blancafort at the Harry Perkins Institutes Laboratory of Cancer Epigenetics, is focusing on an epigenetic tool, which may lead to improving the treatment of Ewings sarcoma. Also beginning research with Associate Professor Pilar Blancafort is Graduate Research Assistant, Ash Tie. Ash has recently been awarded an Abbie Basson Sarcoma Research Scholarship and is preparing her candidacy proposal for sarcoma research.

With more than $110,000 provided this year alone to rising research stars thanks to the Abbie Basson Sarcoma Foundation, Mr Rwandamuriye is excited about the future of treatment.

"These scholarships focus on supporting the next generation of bright young cancer researchers and are very important in helping researchers to discover new, safer and more effective therapies for sarcoma," he said.