One of the recipients of this year’s Contributing to Australian Scholarship and Science (CASS) Travel awards is Dr Aleksandra Debowski. CASS supports early career post-doctoral researchers to attend and participate in overseas conferences to further their professional development and build strong relationships with their international peers and research collaborators. The Marshall Centre is excited for Dr Debowski to have had the opportunity to attend the 2022 International Intracellular Bacteria meeting in Lausanne, Switzerland. 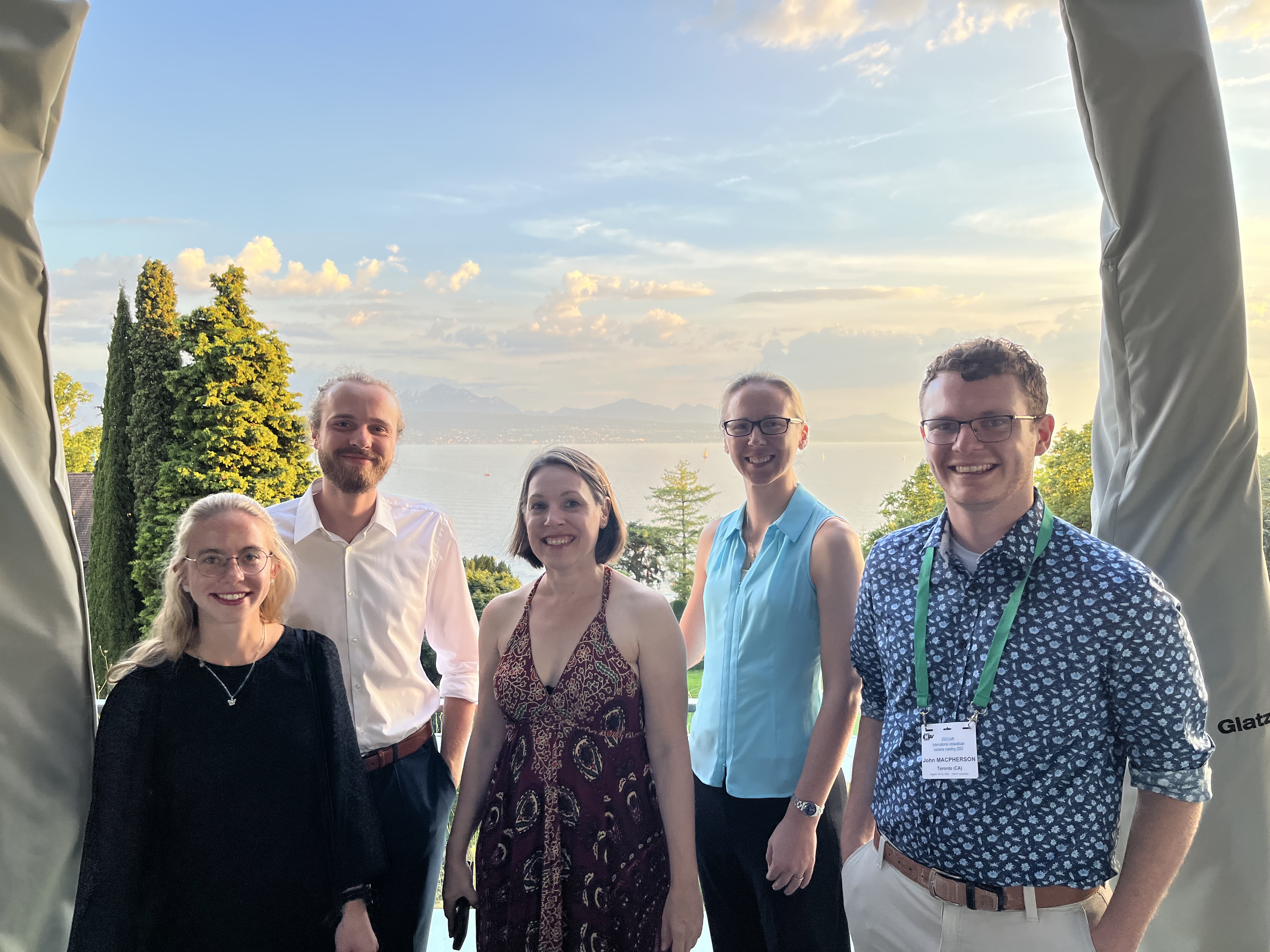 The event is a joint meeting between the European Society on Chlamydia, Coxiella, Anaplasma and Rickettsia (ESCCAR) meeting that was previously held in Marseille in 2018 and the European Society for Chlamydia Research meeting that last took place in Oxford in 2016.The International Intracellular Bacteria meeting in August covered topics ranging from cell biology to diagnostics and epidemiology, finding out the factors that lead to certain disease outcomes in specific populations, and discussions on the treatment and long-term management of different types of infections. 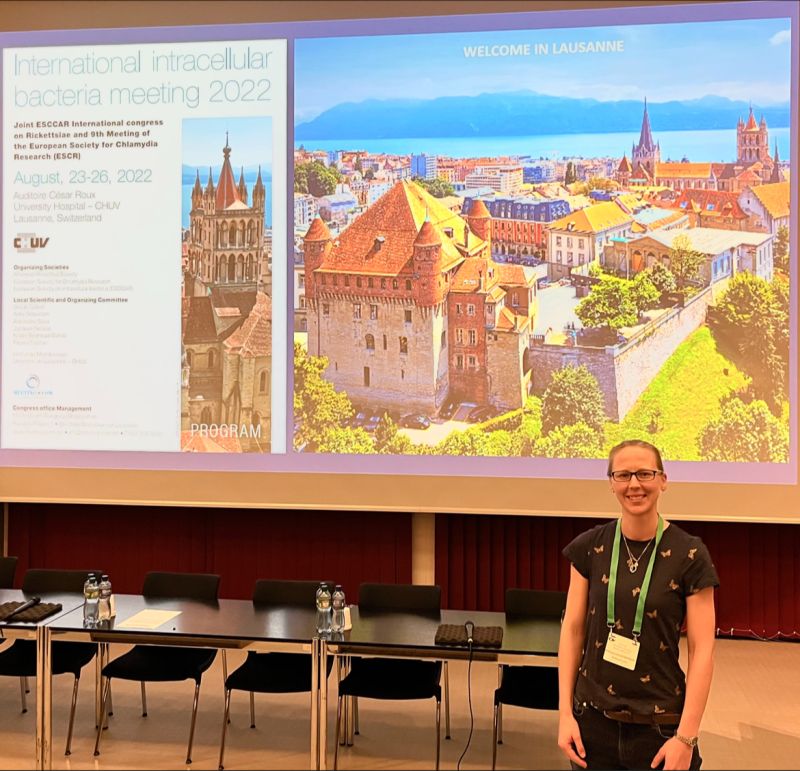 Dr Debowski discussing her research on the bacteria Coxiella burnetii

This is a wonderful opportunity for Dr Debowski to discuss her DMTC-supported research on the bacteria Coxiella burnetii, evaluating the effectiveness of new therapeutic approaches. Dr Debowski’s study has discovered a potential Achilles’ heel in the bacteria for which a new type of antibiotic can be made. Animals such as cattle, sheep, and goats are most commonly infected by this bacterium and people often become sick after breathing in dust particles that are contaminated with the infected animal’s bodily fluids. Dr Debowski also used this trip to meet with Professor Dr Ulrike Holzgrabe and her team at the University of Wurzburg in Germany, who previously collaborated on the DMTC project, to discuss her research findings. 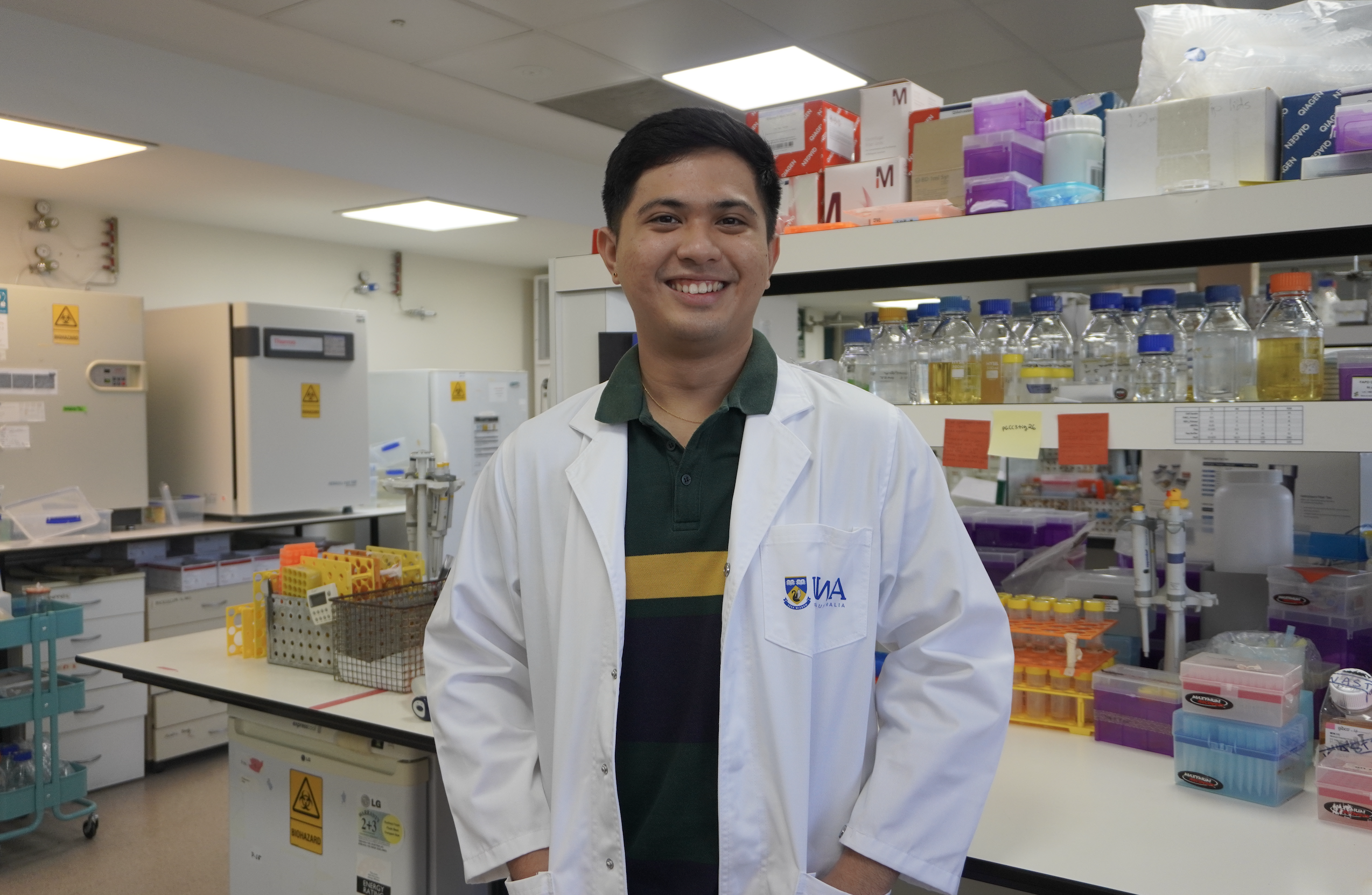 PhD Researchers Joe Hooton and Justine Bendo from the Marshall Centre will present highlights from their research to academics, industry partners and peers at a Student Conference hosted by DMTC Limited in Melbourne on 31 August. The event provides postgraduate students and undergraduate interns linked with DMTC projects with an opportunity to meet and network, to discuss the links between their research, and to explore future collaboration opportunities.

The Conference is one element of DMTC’s investment in an education program that works with nodes of the Australian Defence Science & Universities Network and seeks to provide opportunities for broader professional development in areas such as communication and presentation skills, support to attend relevant Conferences and involvement in project reviews. Justine Bendo is working on Burkholderia pseudomallei under research leader Dr Mitali Sarkar-Tyson who received funding from DMTC last year (article here). B. pseudomallei is a soil-dwelling bacterium and is endemic in tropical and subtropical regions, particularly in Thailand and northern Australia. It affects both humans and animals and can cause more serious illness and even potentially fatal infection. Mr Bendo’s research looks at identifying potential drug targets within this pathogen to reduce its ability to cause disease and resist antibiotics. The goal of this work is to develop novel therapies and combat antimicrobial resistance. Mr Hooton is also working on the same bacterial targets but in the bacterium Neisseria gonorrhoeae, the causative agent of the sexually transmitted disease gonorrhoea. The aim is to develop a new treatment option against this rapidly evolving pathogen and to combat the public health threat posed by multi-drug resistant gonorrhoea. Recently, he delivered his research project to a group of students at the UWA Science Community Society in August to share his research project with the community.