A new research hub that will use data and physics-based science to better understand offshore energy environments and improve future infrastructure design and operation has been officially launched at The University of Western Australia. 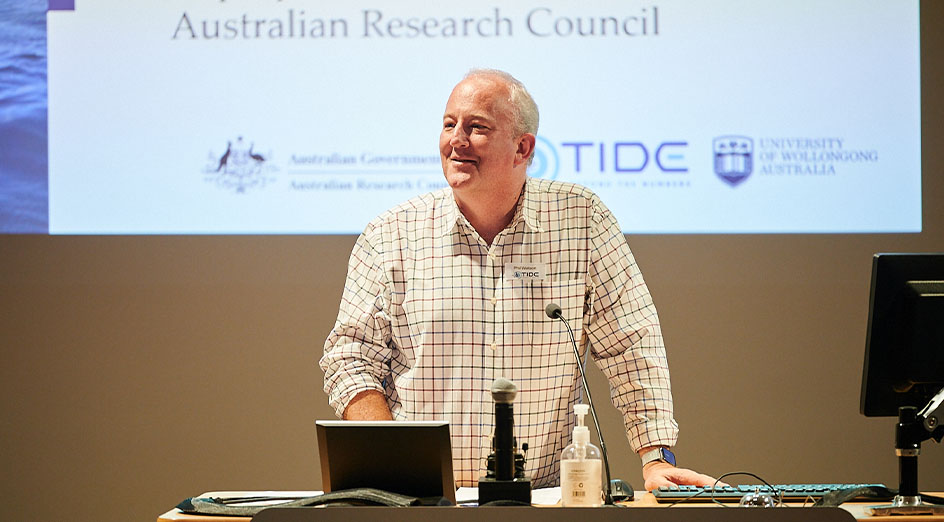 Hosted at the UWA Oceans Graduate School, a world-leader in ocean engineering, it will draw experts from core disciplines of oceanography, hydrodynamics, geotechnics and marine structures at UWA, along with mathematics, statistics and data science at UWA and the National Institute for Applied Statistics Research Australia at the University of Wollongong.

“It will provide a unique opportunity for researchers from UWA’s Oceans Graduate School and investigators from partner organisations to examine data gathered from offshore energy installations to improve energy industry practice while benefiting other ocean sectors,” Professor Watson said.

He said that offshore energy added more than $55 billion gross value to the economy annually and directly employed 100,000 people, and as the Australian energy industry transitioned to long-term operations, it was critical that the sector leveraged research to lower the cost of future production.

“The hub findings will transform how the industry manages critical energy infrastructure – such as pipelines, structures and vessels – which will result in process improvements that are not only affordable, but safer and more reliable,” he said.

“Improvements to these processes will benefit the national economy by generating stronger tax revenue, attracting ongoing investment and training specialist data-science engineers with transferrable skills who are ready to lead the digital transformation of the energy sector.”