Female engineering students from The University of Western Australia, who are part of a team that designs and builds electric formula-style race cars, are set to become mentors at the Girls on Track motorsport event in Perth.

The event on Friday 18 November, hosted by Motorsport Australia, aims to inspire teenage girls and young women to take up careers in motorsport, engineering, science, mathematics and technology.

Jess Gugliotta, a third year Mechanical Engineering and Computer Science student at UWA, said she had initially been nervous about joining the team, which has been operating since 2001 and designing and building electric vehicles since 2017. 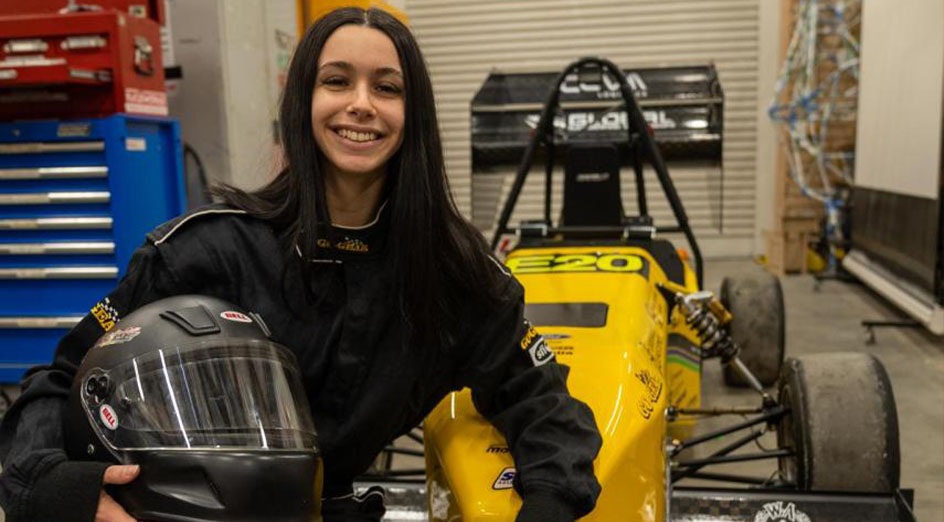 “I didn’t even know how to use a spanner when I started so I thought how am I going to be of use on a team like this?” Jess said.

“It’s been almost two years now and it’s probably the best decision I’ve made during my time at uni.”

“It’s such a commitment but eventually you have a running car that everyone is proud of.”

Jess said she wanted to inspire girls to get involved in motorsport.

“It’s just opening people’s eyes up to the fact that these career opportunities are available for women,” she said.

The team, which has a growing number of women as members, operates out of a workshop on campus and will soon ship its latest electric formula-style vehicle to Victoria for the Australasian championships.

“It can be both a physical and mental challenge at times but I’m proud of where I am and who I’ve become and I’d encourage others to push through any anxiety they might have because it’s totally worth it,” Jess said.

Information about Girls on Track and the upcoming Perth event can be found here.