Professor Hugh Beckie, from The University of Western Australia School of Agriculture and Environment, is retiring from the role of Director of the Australian Herbicide Resistance Initiative (AHRI) on 30 June.

Professor Beckie has worked in the field of herbicide resistance for more than 30 years and has been leading AHRI research as Director since 2018 after moving to Australia from his home country of Canada where he worked at the Saskatoon Research and Development Centre, Agriculture and Agri-Food Canada.

“It has been an honour and privilege to have served as AHRI Director and to help advance the goal of AHRI – more crop, fewer weeds, sustainably,” he said.

“Moving forward, I know that AHRI will continue to engage with our industry partners and deliver innovative research solutions at a high level to reduce the economic impact of weed resistance for Australian growers and improve profitability.” 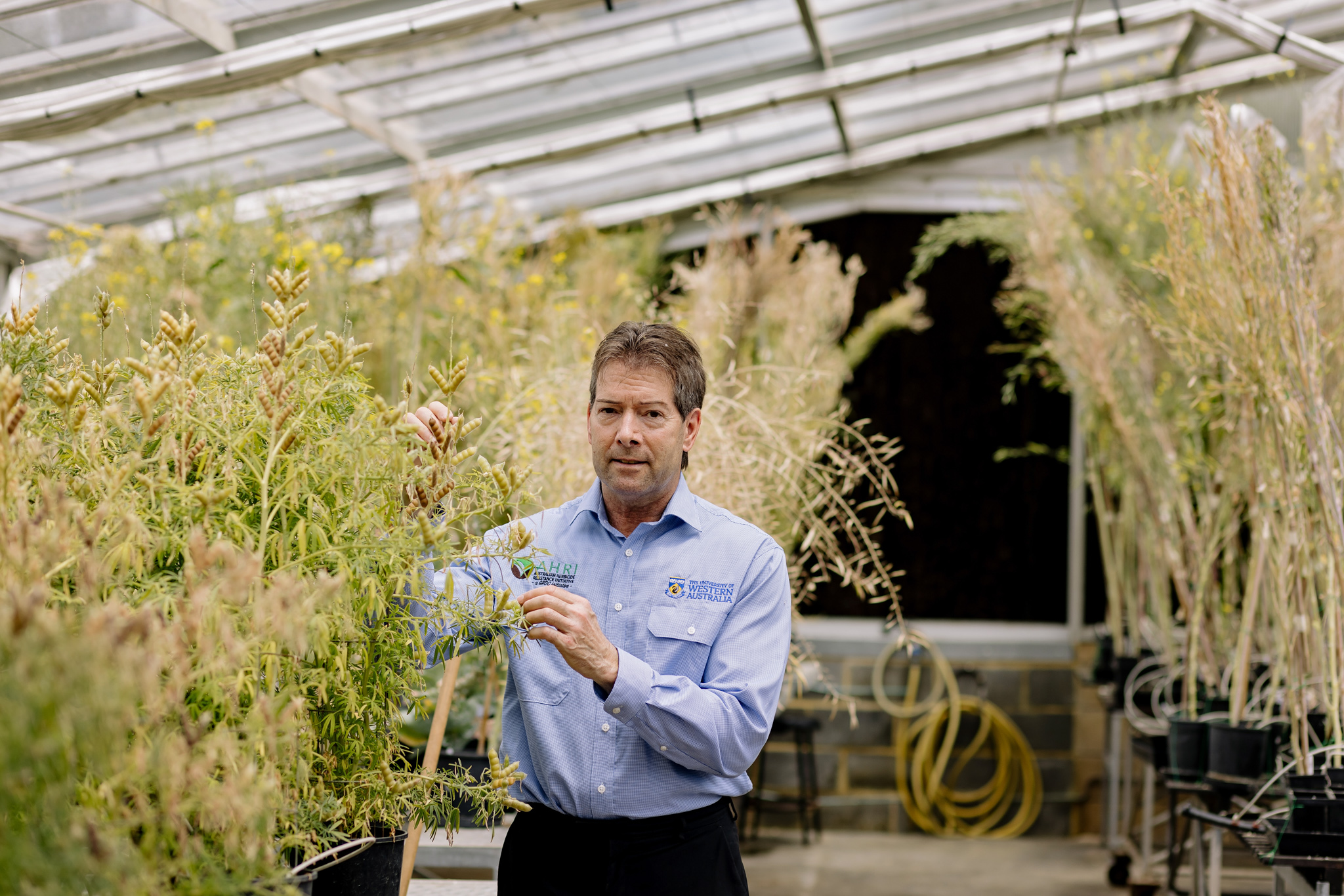 AHRI is a national initiative based at UWA with major investment from the Grains Research and Development Corporation (GRDC).

“AHRI continues to deliver to growers nationally thanks to the hard work and commitment of their team,” Mr Woods said.

Mr Woods said AHRI was known for its strong and capable leadership.

“Hugh Beckie has used his extensive skills and knowledge to champion the cause of integrated weed management and has brought strategies to our sector that help manage the resistance threat and protect yields.

“GRDC thanks Hugh for his service and we wish him well in his next chapter - we also reinforce our commitment to continuing to support this highly valued program.”

Professor Beckie said he was especially proud of several significant achievements by the AHRI team during his tenure as Director. When he started in the role, he worked with Dr Roberto Busi to set-up a resistance testing service for Australian growers.

“It complements the periodic resistance surveys conducted by Dr Mechelle Owen, in determining the nature, occurrence, and distribution of herbicide-resistant weeds across the grain cropping regions,” he said.

AHRI leads the world in the discovery of novel mechanisms and genes conferring resistance in weeds, which is a prerequisite for developing strategies and tactics to manage populations with these evolving mechanisms.

Professor Beckie said it was exciting to oversee the work of Drs Qin Yu, Heping Han and Danica Goggin, who study the novel biochemical and molecular mechanisms conferring herbicide resistance.

"The focus for AHRI has always been to ultimately provide practical solutions to growers that will have real impact on controlling weeds," Professor Beckie said.

AHRI has always been passionate about extension and communication and continued to prioritise these activities under Professor Beckie’s leadership.

“Under the guidance of Jessica Strauss, Jessica Scholle and Lisa Mayer, expanding our outreach through various communication platforms has been critical in sharing research outcomes from the AHRI team,” he said.

Professor Beckie said he was also proud of the staff retention and continued growth of the AHRI team.

“Despite COVID-19 and associated financial challenges, through the strong commitment of GRDC investments and joint ARC-Industry funding, I have managed to retain and even grow our team with Dr Candy Taylor as our newest addition,” he said.

Professor Beckie will continue in an advisory role for AHRI while a new Director is recruited.

AHRI and UWA congratulate Professor Beckie on a wonderful career and thank him for his contributions to research and student experience.