Why can’t the AU seem to deter coups? 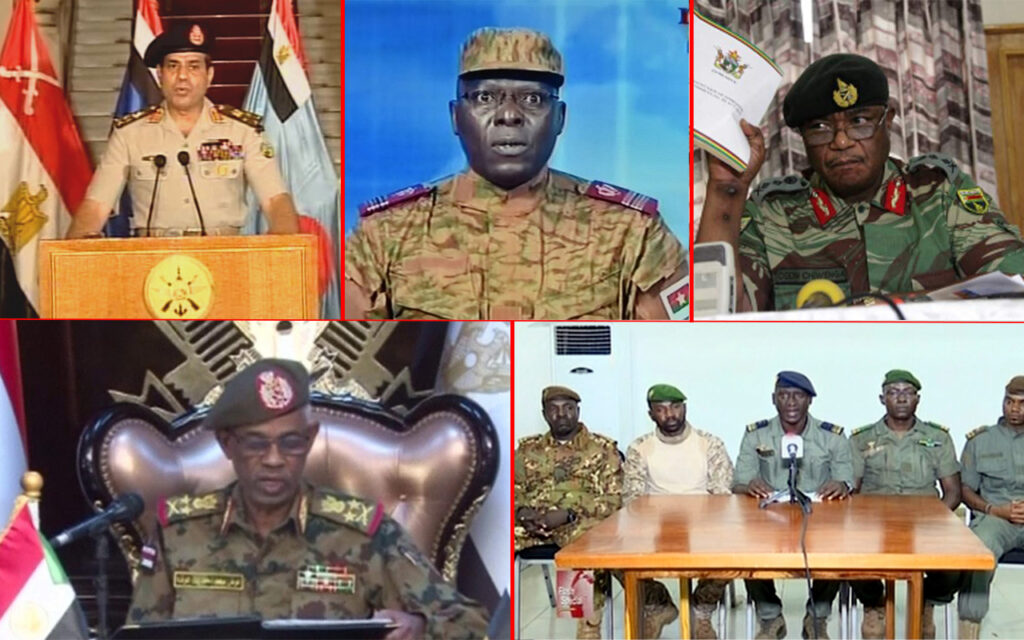 This article was originally published on African Arguments on Tuesday 20 October 2020, written by Seth Appiah-Mensah

Until the African Union ensures coup leaders don’t benefit personally and ends its incumbent bias, it may struggle to deter “good coups”.

This August, Mali became the latest African country to experience a very specific kind of military coup. Since June, protesters had been taking to the streets to call for President Ibrahim Boubacar Keita to resign. And on 18 August, a group of soldiers took matters into their own hands. With broad popular support and claiming to be acting in the interests of the people, they stormed the capital Bamako and forced the president to hand over power.

Two months later, the military junta and politicians have agreed on an 18-month transitional period. Retired colonel and former defence minister Bah Ndaw has been appointed as the interim president. And the coup leader, colonel Assimi Goïta, is vice-president.

This sequence of events has now become familiar in recent African history. From Egypt in 2013 to Burkina Faso in 2015, Zimbabwe in 2017, Sudan in 2019 and now Mali in 2020, we see a trend emerging. Amid widespread demonstrations, juntas overthrow unpopular leaders, presenting themselves as the armed wing of the protests and guarantors of the people’s wishes. Some new power arrangements are negotiated, sometimes including a transitional period but always with the coup leaders in positions of influence.

These coups inevitably create headaches for the African Union (AU) and regional bodies. Armed overthrows clearly contravene countries’ constitutions, the 2000 Lomé Declaration, and the 2007 African Charter on Democracy, Elections and Governance. Moreover, it is well understood that unconstitutional changes of government are key drivers of insecurity, instability and conflict in Africa.

As such, international organisations are typically decisive, if uneven, in their responses. It has been estimated that between 2003 and 2017, the AU suspended over 90% of countries that experienced coups and imposed targeted sanctions on over 70%.

In the recent case of Mali, the AU condemned the overthrow in no uncertain terms and immediately suspended the country’s membership. The West African bloc ECOWAS went even further by closing borders with Mali and imposing crippling trade restrictions.

The aim of these measures is to make the downsides of conducting a coup far greater than any potential benefits. They are aimed at sending a clear signal to would-be putschists in other African countries that such actions will not be tolerated and will ultimately backfire. Why then does the continent seem to seeing more of these kinds of overthrows rather than fewer?

There are many factors that can explain this trend but three are worth exploring below.

The first derives from the fact that the AU has multiple goals that may sometimes contradict. The union is a site of political contestation in which members have their own individual interests and differences of interpretation when it comes to the body’s charter. Moreover, the AU’s intention is not to be punitive for the sake of it when its rules are broken, but to build and nurture a community-derived authority that is both legitimate and Pan-African.

These competing interests and goals can present the AU with a dilemma. In the case of Sudan in 2019, for instance, the body had a strike a delicate balance. On the one hand, it had to condemn the military overthrow and back its words with meaningful actions. On the other, it was aware that the coup came amid months of enormous protests and arguably saved the country from more chaos. In the interests of Sudan and wider region therefore, it also had to engage constructively to avoid letting the country plunge into deeper instability.

In the end, the AU squared this circle by suspending Sudan’s membership yet continuing to work with it. This may have been a necessary compromise, but one that potentially emboldened disgruntled soldiers watching carefully from elsewhere.

A second difficulty arises from the fact that the AU is inconsistent when it comes to unconstitutional violations. The body actually recognises various types of unconstitutional change of government. One is the overthrow of an elected government by the military, mercenaries or rebels. When faced with these kinds of instances, the AU acts decisively. Another category is when incumbents refuse to hand over power following free and fair elections. There are fewer such examples, but when Yahya Jammeh refused to step down in 2016, the AU, ECOWAS and UN were steadfast in their efforts to force him out.

However, there is one type that is most problematic for the AU – namely when those in power effectively refuse to relinquish power by amending the constitution and prohibiting democratic change. There is a growing list of leaders who have done this with few repercussions. This includes, among others, Burundi’s late president Pierre Nkurunziza, Egypt’s President Abdel Fattah Al-Sisi, Uganda’s President Yoweri Museveni, Guinea’s President Alpha Condé, and most recently, Côte d’Ivoire’s President Alassane Ouattara. Despite this being a dangerous trend, the AU has been all but muted.

This lack of action contributes to a situation in which countries are led by presidents who lack legitimacy. This leads to a third conundrum for the AU, which is that certain coups have become romanticised. From Egypt to Mali, the mutineers were seen by many as the legitimate representatives of the people in the face of unlawful governments.

There are now seen to be “good coups” and “bad coups”. The appeal of this thinking is clear. In many instances, it may be true that the actions of putschists avoided more chaos and bloodshed. The danger with this dichotomy, however, is the question of how to decide which is which. How do we determine the threshold for the military to jump in? Should it be based on the duration of demonstrations, the number of deaths, the level of destruction? When does a bad coup become a good coup? And who gets to say?

This landscape is difficult for any political body to navigate, but the AU is partly responsible for shaping it and can take substantive actions to begin changing it.

To begin with, it could amend its charter to make it harder for military juntas to assume the reins of power after a coup. It could pass measures that would ban any putschists from holding political office for several years. While some coups may be impossible to prevent, the AU could ensure its leaders cannot profit from them as they have typically done.

The AU could also make its responses to unconstitutional actions far more consistent. It could make it harder to for incumbents to amend constitutions in undemocratic ways by passing provisions that would require countries to consult with the AU prior to such moves. It could simultaneously implement measures that would impose penalties on those who fail to do so and who amend their constitutions to benefit themselves.

This would just be a start. The AU needs to find intelligent ways to end its incumbent bias. It must treat all cases of unconstitutionality with the same Pan-African zest and fairness, whether perpetrated by a military junta or an incumbent civilian authority. This would not only allow it to respond to all coups with the firmness and consistency required to be a real deterrent, but it would help prevent countries from reaching the point when a coup seems like the only option left in the first place.