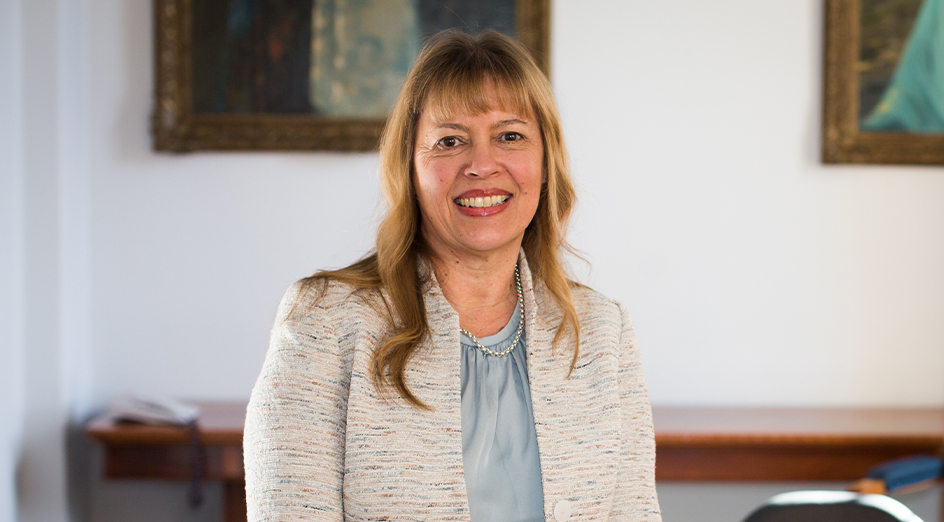 The University of Western Australia’s Professor Helen Milroy is one of seven mental health champions from around the country to be selected as a finalist for the 2020 Australian Mental Health Prize.

One of only two Western Australians named among the finalists, Professor Milroy was nominated alongside former WA Health Minister and mental health advocate Keith Wilson.

Professor Milroy said it was humbling to be chosen as a finalist in such a prestigious award.

“But it’s also exciting to have the opportunity to promote child mental health,” she said. “I’ve always been interested in people and love hearing their stories.

“It’s been a privilege as a doctor and as a child psychiatrist to go on those journeys with so many people in their lives.

A descendant of the Palyku people of the Pilbara region Professor Milroy studied medicine at UWA and worked as a GP and consultant at Princess Margaret Hospital for children for several years before completing specialist training in child and adolescent psychiatry.

Professor Milroy is co-director of Embrace at Telethon Kids Institute – Western Australia’s first research centre devoted to the mental health of children and young people aged up to 25.

The Australian Mental Health Prize was established in 2016 by UNSW through its School of Psychiatry. It recognises Australians who have made outstanding contributions to either the promotion of mental health, or the prevention/treatment of mental illness.

This year’s winner will be announced by the Governor-General, His Excellency General the Honourable David Hurley AC DSC (Retd), on November 5.

Health and medicine
Awards and achievements
Our people