Mapping the genome could help in race to save native rat

Scientists from The University of Western Australia have unveiled a genetic analysis of an endangered native rodent, which could help researchers and conservation authorities better understand how to protect the Australian species.

DNA Zoo Australia Director Associate Professor Parwinder Kaur, from UWA’s School of Agriculture and Environment, said the medium-sized, short-tailed and broad-toothed rat – the Tooarrana – is classified as near threatened by the International Union for Conservation of Nature.

The scientists from UWA partnered with Museums Victoria and Oz Mammal Genomics to obtain a genome sample of the Tooarrana, a herbivore which thrives in high-altitude forests and feeds on stems and seeds of grasses. 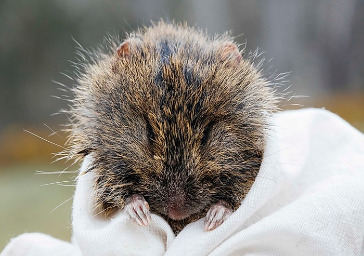 “DNA Zoo Australia partners with Museums, conservation bodies, zoos and many other collaborators across Australasia to collect, sequence and analyse genomes that could help save Australian species,” Associate Professor Kaur said.

“From the sample provided by Museums Victoria, we were able to sequence the Tooarrana’s DNA and analyse the genetic data to produce a chromosome-length genome assembly which will assist in ongoing conservation efforts.

“The release of a high-quality genomic resource in under three months was made possible by a collaborative effort between DNA Zoo teams at UWA, Aiden Lab in the United States and ShanghaiTech University in China.”

According to Dr Kaur, the world is losing animals at an alarming rate and about one million species are currently at risk of extinction.

“After the recent Australian bushfires destroyed most of this cute and furry native animal’s habitat; where they have lived for generations, it became our priority to help prevent these species from disappearing,” she said.

Scientists at DNA Zoo believe recent technological advancements in genomics and DNA sequencing, which allow for high-speed and low-cost development of reference genomes, could play a critical role in conservation efforts globally.

More information on the global genome sequencing program is available on the DNA Zoo website.