The University of Western Australia node of the International Centre for Radio Astronomy Research (ICRAR) has been named a Women in STEM Decadal Plan Champion.

This role reflects ICRAR’s commitment to gender equity at all levels of science, technology, engineering and mathematics (STEM).

ICRAR is a joint venture between Curtin University and UWA, and is one of the top five radio astronomy research centres in the world, with more than 100 staff and 75 postgraduate students.

Last year, the UWA node of ICRAR was recognised for its ongoing commitment to advancing diversity and inclusion in astronomy with a Gold Pleiades Award; it was the only Australian institute to receive the award that year. Additionally, UWA holds a Bronze Athena Swan accreditation for its actions in driving gender equality in STEM.

Women (and men) at ICRAR benefit from a range of gender equity initiatives, including mentorship and family-friendly facilities, rigorous reporting on hiring processes and women-only permanent academic positions.

“Actions that enable girls at school to participate in and succeed at STEM subjects begins a pathway to greater equality,” he said.

“To achieve equality, we also need to address biases at many levels, including the challenges of raising families and the needs of couples in an international job market."

“One of ICRAR’s core values is to support and advance women in STEM.

We offer equal opportunities to all our staff and students, with additional support and flexibility available to those who need it.”

ICRAR’s diversity work begins early in the STEM pipeline. In the last six years, the centre has hosted 53 work experience students, around half of whom were girls. Meanwhile, school outreach programs have a strong focus on encouraging girls to pursue careers in STEM.

Female role models are key to this pipeline. The Visiting Fellowship for Women in Astronomy has been operating since 2014, and brings a senior female academic to ICRAR for two or three months each year. 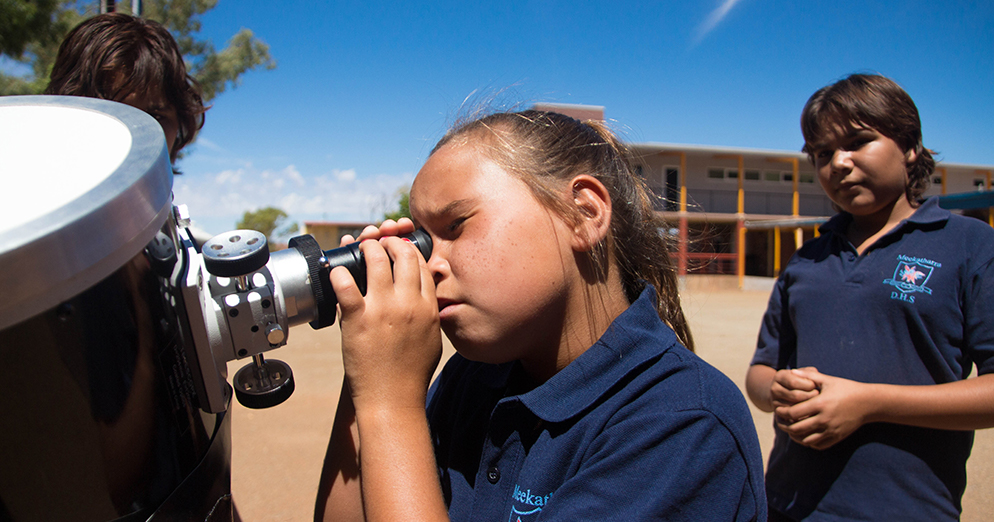 In 2018, the UWA node of ICRAR made appointments to two women-only high level academic positions to address the underrepresentation of women in STEM – an increase from the one position originally intended due to the high quality of applicants.

These initiatives are working. The percentage of both female researchers at ICRAR and visiting female academics have increased by approximately 10 per cent in the last four years. Of course, there’s still some way to go until gender equality.

As ICRAR continues to move along this path, development committees comprising PhD students, staff and executives run an ongoing series of workshops around equity and inclusion. Development, Equity and Inclusion Wards can be contacted confidentially to report any perceived inequalities, and an annual survey tracks staff and student sentiment.

Since its establishment in 2009, ICRAR has expanded its scope beyond radio astronomy to also include engineering and data science, as well as the translation of this work into returns for industry and the broader community.

And because of ICRAR’s ongoing commitment to gender equity, women are playing an ever increasing role in this work, and in some of Australia’s – and the world’s – leading STEM research.

Our community
Awards and achievements