Business Analytics is the science of how to leverage, present, analyse, organise, and collect data, with the aim to make better organisational decisions through the transformation of data 'organisational knowledge'.

In recent years, the explosion of availability of data, and the success of technology companies in leveraging data, has made data a critical element of organisational decision-making, adaptability and process development.

This Centre focuses on the analysis of fast-moving commercial data through new tools and technologies that inform business of changing trends quickly, particularly through the application of machine learning and artificial intelligence. We provide a dual focus on academic impact and practice relevance in the realms of Business Analytics applications in research and practice.

Sitting within the UWA Business School, we host staff and students from across multiple disciplines, including finance, economics, accounting, management, transport, marketing and human resources. Associates of the Centre are spread throughout UWA and other internationally recognised universities. The Centre is guided by industry, with representation on the Advisory Board governed as a sub-committee of the Business School Advisory Board. 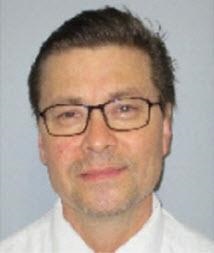 I truly believe we are experiencing a profound transformation in the ways we work and live. How can universities around the world prepare for a dynamic future that few of us can define? I would argue that the answer to this question is a socio-technical one. We must possess a deep understanding and keen insight into people of all walks of life; we must also be able to see over-the-horizon into the changing technology landscape and how people use that technology in their lived experience.


The role of all universities is fundamentally to inspire people to be the best they can be and to develop their ability to overcome whatever complex, changing, and competing forces the future may hold. It is therefore with honor and humility that I serve as the founding Director of the Centre for Business Data Analytics (CBDA) at the UWA Business School. The CBDA places our fellows and Ph.D. Students in a unique position to advance the use of business analytics to solve complex, global human problems for the benefit of society and generate prosperity through advancements in our understanding of data and the untold stories that lie within it.

To inspire thought leadership in business analytics by facilitating research collaboration between scholars, practitioners, and students who share a common interest and affinity for solving wicked real-world problems using data-driven techniques and tools.

Studying the consequences of US drone strikes in Pakistan when it comes to terrorism, anti-US sentiment and radicalisation. Together with Rafat Mahmood, we employ wind conditions as an exogenous variation to isolate the causal effects of drone strikes.

Together with Wayne Grove and Kerry Papps, we evaluate whether major success stories of local female role models can change people’s gender attitudes. Studying rich survey data around Samantha Stosur’s US Open win in 2011, we find that men from Queensland (where Stosur is from) systematically change their beliefs about the role of women in society right after her win. Queensland men become less likely to believe (i) that men make better political leaders; (ii) that it is better if the man earns the money in a relationship; and (iii) they are less likely to prefer a boy as their next child. Interestingly, we find no effects for Queensland women.

This project examines how the market responds to the different affective states of CEOs contained in their vocal cues. Using publicly available quarterly earnings conference call recordings, we quantify affective states of CEOs with the state-of-the-art software LVAi (provided by Memesysco). This project reveals that market participants react more negatively to negative affect from male CEOs than their female counterparts. In addition, positive affect is better received by market participants when displayed by a female CEO under high scrutiny. Simply put, how and by whom information is said provides incremental signals than mere content of information.

The Healthway Active travel: Using wearable technology to analyse daily travel behaviour project fuses data from multiple research data collection instruments and devices (time-use diaries, smartwatches, video cameras) with participant interviews to better understand the role of active travel in achieving the recommendations of daily physical activity, as well as the potential of passive (wearables) in measuring activity-travel behaviour. The project’s results will inform the YourMove program of DoT and the Healthy Active by Design program of the Heart Foundation.

Lessons from another Bitcoin copycat

This project utilises the unique cryptocurrency market to investigate the short-term performance of cryptocurrencies with similar names to the market leader – Bitcoin. In a novel and uncertain market (such as the cryptocurrency market), individuals will rely on symbolic information and mental shortcuts. Our results show that cryptocurrencies with similar names to Bitcoin enjoy superior early short-term performance, without increasing longer term survivability. Our paper highlights that in an age of information, coupled with an uncertain market created by a novel technology, the name of an organization may be a strong a signal to investors when other signals are unclear. This project will raise interests in the fields of imitation, marketing, and cryptocurrencies.

Analysing whether media coverage of mass shooters in the US can systematically influence the likelihood of future mass shootings. Theories in psychology and criminology have long predicted that media attention devoted to shooters may entice potential future perpetrators to also seek such fame. Using exogenous variation from the occurrence of natural disasters, we (Jay Walker and I) find that increased coverage indeed causes future shootings.

This project integrates numerous large sets of data at various spatial levels from the Australian Bureau of Statistics, Landgate, Department of Transport, Department of Planning, Lands and Heritage and Main Roads WA, to work out how the city of Perth functions and how people move around. The project provides various analytical modules for examining accessibility, land-use integration, public transport use and location of jobs and various facilities. It visualises input data and results using a dashboard tool that enables strategic town planning and forecasting for the potential impacts on the railway extension to Yanchep.

The online planning support tool is free to use, and the project was awarded the Best Integration of an Individual Technology Award at the Smart Cities Conference 2019.

Together with Tim Krieger, we are exploring the relationship between supernatural beliefs and intestate conflicts. We circumvent endogeneity concerns by using solar eclipses in the Middle Ages as an exogenous variation, finding that making supernatural beliefs salient leads to a higher likelihood of conflict incidence and onset. Preliminary results indicate a sizeable effect, suggesting that supernatural beliefs are systematically associated with more large-scale organised violence.

Through data-driven analytics, the ‘Understanding short and longer term patronage and network performance’ project with iMove and the Western Australian Department of Transport examines trends and patterns in public transport patronage in Perth, focusing primarily on monthly SmartRider data.

It is a project integrating more than 30 datasets covering socio-economic indicators, changes in land-use and employment, changes in transport services and congestion conditions, special events, weather, etc. to understand spatial and temporal variation of patronage and its determinants, to derive price elasticities and predict ridership. Multiple econometrics, latent growth, spatial modelling and visualisation techniques have been applied in this research.

Our staff and students Dr Michael Jetter is a senior lecturer and economics researcher specialising on the effects of corruption, terrorism and gender.

Dr Zhangxin (Frank) Liu is a UWA finance lecturer and researcher, specialising in the exploitation of market sentiment from financial derivatives markets. 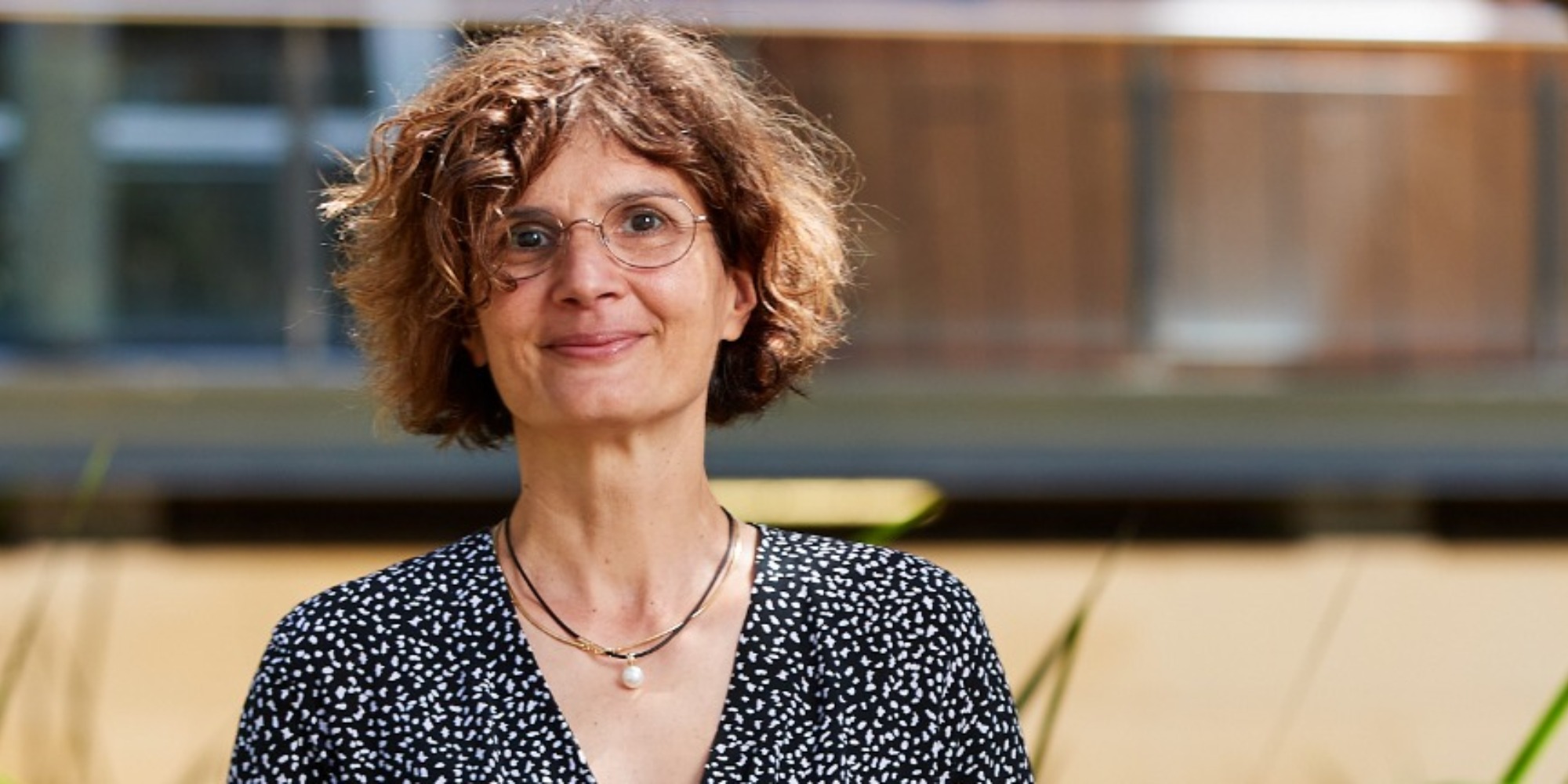 Associate Professor Doina Olaru is a lecturer and researcher at the UWA Business School. Her speciality is transport planning methods and alternative transport solutions.

Prospective PhD students are encouraged to contact fellows of the Centre to seek out research opportunities.

The Master of Business Analytics equips students with the analytical skills needed to extract meaning from complex data sets, the ability to converse with other technical experts (such as computer scientists), and the capacity to make meaning of the output.

This business expertise is highly sought after in the global workplace.

Dr. Michael Jetter investigates the use of Twitter by the US President Donald Trump. Trump is able to exploit social media to divert the attention of mainstream media away from a topic that is potentially harmful to him.

Dr Frank Liu is interviewed via podcast by mutual fund manager Zhijian Wu, based in Singapore. There they discuss the investment outlook of blockchain projects.

Professor Doina Olaru contributes to an autonomous bus trial. Visitors to UWA 2018 Open Day had the opportunity to ride on a bus that drove itself around campus.