Message from the Dean

As another difficult year draws to a close, it is wonderful to reflect on the many achievements of the UWA Law School, its staff, students and alumni over the past six months.

In this issue of the Obiter Dicta we share news of our recent Frank Beasley Medal recipients, Malcolm McCusker AC CVO QC, The Hon. Neville Owen AO, Emeritus Professor William Ford and (posthumously) Enid Russell. The Frank Beasley Medal, last awarded in 2018, recognises its recipient’s outstanding and sustained contribution to the law and the advancement of justice in Western Australia and to legal education at UWA. We also highlight the appointment of several of our alumni to distinguished positions.

Our staff have once again demonstrated excellence in all aspects of their work — research, teaching and service. UWA Law School staff have received highly competitive federal research funding, been recognised in the inaugural Australian Legal Education Awards and contributed to the discourse on critical issues facing our local communities, state and country: issues including electoral reform, mandatory vaccination, constitutional independence, assisted dying, and corporate criminal responsibility, to mention just a few.

Our students, too, have continued to show resilience, commitment and hard work, excelling on the national mooting stage, in the Australasian Law Students Association competitions and in the classroom. As the memory of final exams begins to fade and the graduation ceremony approaches, we wish all our graduating students every success as they pursue their chosen careers. We look forward to receiving updates of their future successes.

I am delighted to report that the final stages of renovations to the Beasley Law Library were completed over the winter break. The newly refurbished Library now boasts a (reinstalled) central staircase, increased collaborative and silent study spaces, bathrooms on every floor, and 24-hour access for UWA law students. It has been lovely to see the ‘Lawbry’ once again filled with students.

On a personal note, I was very pleased to renew my appointment as Dean of the UWA Law School for another two years until the end of 2023. It has been such a great privilege to lead the Law School over past five years. I look forward to continuing to work with my dedicated and passionate colleagues, exceptional students and generous alumni to ensure that the UWA Law School continues to pursue excellence and thrive as a community.

On Friday 10 December 2021, the UWA Law School held the biannual Frank Beasley Medal dinner in the newly renovated Beasley Law Library. The Frank Beasley Medal is awarded to distinguished UWA Law School alumni and scholars who have made an outstanding and sustained contribution to the law and the advancement of justice in Western Australia and to legal education at UWA. In 2021, the Medal was awarded to Malcolm McCusker AC CVO QC LLB '60, The Honourable Neville Owen AO LLB '69, Emeritus Professor William Ford LLB '76,  and (posthumously) Enid Russell LLB '30, the first female graduate of UWA Law School to be admitted to practice in WA. Valerie French LLB '72 accepted the Medal on behalf of Ms Russell. The Medals were awarded by the WA Attorney General, The Hon. John Quigley MLA LLB '74. Read more about the Frank Beasley Medal. 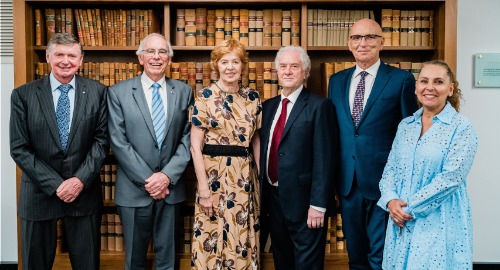 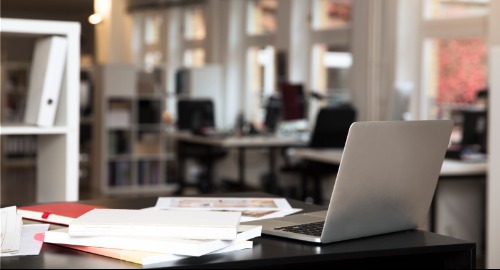 Two of our Juris Doctor students, Tyson McEwan and Andrew Dhu, were the inaugural Indigenous law students to participate in the recently established State Solicitor’s Office Indigenous Legal Internship Program (ILI). The ILI is a recognised academic program at UWA that provides an opportunity for Aboriginal and Torres Strait Islander University JD students to undertake paid work experience within the SSO. The program seeks to give the law students an understanding of legal work and the role of the SSO, and insights into a career in the law.

New Judge in Residence for 2022 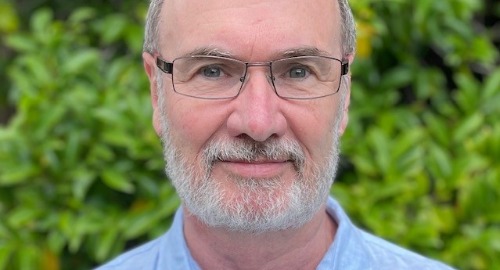 On Thursday 19 August 2021, the Law School held the biannual Toohey Oration at the Supreme Court of Western Australia. The Honourable Robert French AC LLB '71, delivered the Oration entitled, A True Australian Republic: True to our history, fit for our future. Romanie Hollingworth LLB ‘92 provided comments on Mr French’s excellent paper. A copy of the paper is available on the UWA Research Repository.

In September 2021, the UWA Law School mooting team comprising JD students Rachael Griffiths-Szeto, Joseph Waters and Yasmin Kirkham (pictured), won the national Grand Final of the Australia New Zealand Intervarsity Moot on Animal Law. Joseph Waters was awarded the Best Oralist out of all competing teams. Congratulations to all and a big thank you to Dr Renae Barker for her coaching. 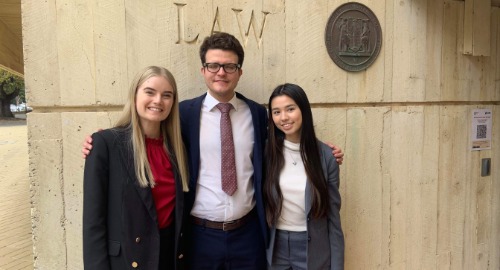 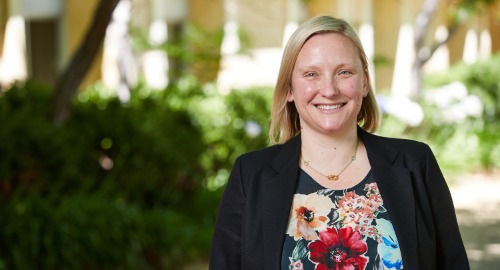 Under the Commonwealth ‘Discovery Early Career Researcher Award’ scheme for 2022, Associate Professor Tamara Tulich (pictured) has been awarded $445,125 to deliver the first legal history of preventive justice in Australia, detailing the origins, scope and justifications for preventive justice in the Australian settler colonial context. Professor Sarah Murray was co-author of a report of the independent Ministerial Expert Committee on Electoral Reform. The reforms in the recently enacted Constitutional and Electoral Legislation Amendment (Electoral Equality) Act 2021 (WA) were based on this report.

Lecturer Aidan Ricciardo received the national Award for Excellence in Teaching (Early Career) in the inaugural Australian Legal Education Awards. The award is for ‘instilling self-confidence in his students and supporting them to be the best learners they can be by making legal studies accessible and inclusive.’ 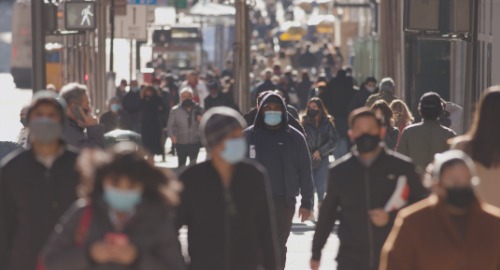 New law books by our academics 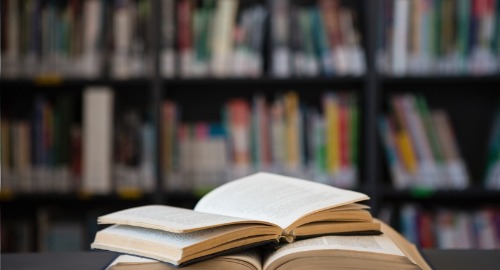 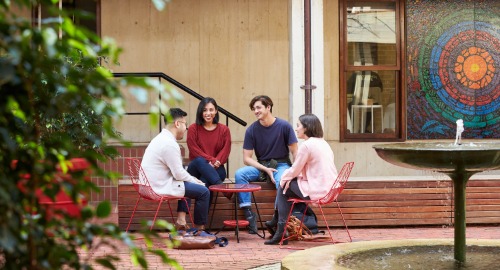 Corrs Chambers Westgarth Partner in Charge (Perth), Kirsty Sutherland LLB '89, has agreed to be the Corporate Law Association of Perth’s representative on UWA Law School’s Advisory Board. Also joining the Board is Rebecca Lee LLB '93, in her role as 2022 President of the Law Society of Western Australia. The Advisory Board provides advice and an external perspective on the Law School’s strategic direction.

UWA Law School offers the following CPD accredited webinars in the remainder of the 2021/2022 CPD year:

UWA Law School, in conjunction with the Australian Academy of Law and Herbert Smith Freehills, Perth, will hold a conference on ‘Causation’ on Friday 25 March 2022. The conference marks the publication of the UWA Law Review Special Edition on Causation (forthcoming) and features specialist papers by eminent judges, expert jurists and leading practitioners, from across the globe. The conference will be in person and online, with the in-person component to be held at the offices of HSF, Perth. For information on CPD points available and registration.

Katherine Mary Ainslie was born on 15 July 1940. Attending UWA Law School from 1958 to 1961, she was a distinguished law student, being only the second Law School graduate to achieve distinctions in all 17 Law subjects (all units were compulsory at that time). She graduated from the Law School in 1962 with first class honours. Ms Day then went to Oxford University to study for the BCL: she would undoubtedly have won a Rhodes Scholarship had women been eligible for this award in that era. She continued her trajectory of excellence by becoming a Tutor in Law at St Anne’s College, Oxford, and then practised at the English bar.  She gave up her practice following her marriage to BBC broadcaster Robin Day; when he was knighted in 1981, she became Lady Katherine Day.

In her last decades, Lady Day lived in the United Kingdom. She passed away in London at 81 years of age in October 2021.  The Law School extends its sincere condolences to the late Lady Day’s family.

Alumni appointment to the Supreme Court

In July 2021, barrister Marcus Solomon SC LLB '91 was appointed as a Justice of the Supreme Court of Western Australia.

In October 2021, four of our alumni were appointed as Senior Counsel in Western Australia:

Congratulations to Rebecca Lee LLB '93, for her election to President of the Law Society of Western Australia for 2022.

More on our students

The UWA team of JD students, Mitchel Davis, Samha Khan and Kate Koh ranked 8th in the Alfred Deakin International Commercial Arbitration Moot, and Mitchel Davis was ranked amongst the top ten oralists of the general rounds. In the 2021 moot, there were 43 teams from 22 countries. Many thanks to Professor Camilla Andersen for coaching the UWA team.

Election of the 2022 Blackstone Society President

Congratulations to Juris Doctor student Jihoo Lee on his election as the President of the Blackstone Society for 2022.

To all alumni, are your details up to date?
To update them, please visit: https://alumni.uwa.edu.au/update