In this project, an instrumented scale model Floating, Production, Storage and Offloading (FPSO) vessel similar to that used by Woodside offshore the North WestShelf of Australia was built and deployed in the Swan River to understand vessel motion due to waves.

This project involved the design and construction of the model FPSO, taking into account relevant scaling laws, ship and mooring hydrodynamics and the metocean regime at the deployment site. A key aspect of the project was also the development of a relatively low cost instrumental system, which could reliably provide high resolution measurements of the vessel heading and dynamic motion.The experimental data obtained through this project was used to understand FPSO motions in waves, and to validate numerical models of vessel motions and to develop prediction tools.

As part of the RiverLab Project, a reduced-scale FPSO was designed for wave-interaction studies in the Swan River, with testing completed over the 2016/2017 Summer university break. Using the 3-D diffraction/radiation software code HydroStar from Bureau Veritas, a numerical model was developed to determine the response of the prototype FPSO in various wave states (an example of theHeave RAO for the FPSO is shown in Figure 1).  The team used this model to inform the most appropriate scale of the vessel. A low cost measurement system was designed to measure the dynamic motions of the FPSO. This measurement system comprised a Raspberry Pi microcomputer connected to an IMU (as shown in Figure2). This was contained in a water proof casing and programmed using Python and SSH through an external laptop. The system was optimised by testing it against known responses to account for error and drift. Then it was fixed to the model for testing in the Swan river. From this testing the accelerometer and gyroscope readings were used to compute RAO's for the vessel and draw comparisons with numerical models. 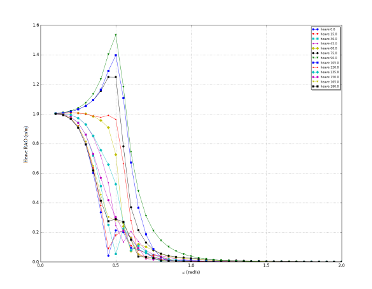 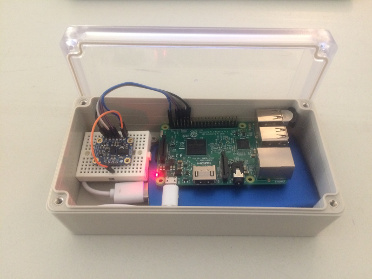 Collaboration with the Australian Maritime College

The team established a new collaboration with the Australian Maritime College (AMC) who supplied a 2.1m model hull (see below) for the initial testing in early 2017 and who assisted in analysing the data. Hydrodynamic models of the vessel were developed and work continued on developing the mooring system and calibrating the IMU unit. 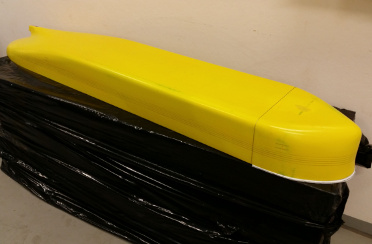 The first deployment of the FPSO model was successfully conducted in February 2017 in calm conditions. The focus was on (i) demonstrating the deployment and retrieval of the vessel and spread-mooring systems, (ii) confirming the stability of the vessel for light-ballast conditions and (iii) testing the IMU data acquisition system. The valuable learnings from the test helped inform the subsequent trials which were completed in February and March in more energetic sea states. The vessel motions from these experiments, combined with the surface elevation data from the ADCP, enabled vessel RAOs to be computed and allowed for comparisons to be made with the numerical predictions.

Figure 4:  RiverLab team deploying the model FPSO and IMU in the Swan River.

A deployment was completed where over 1.5 hours of vessel responses in surface waves were recorded. The vessel response spectra measured by the IMU were compared against the numerical RAOs computed using HydroStar and incorporating the observed surface wave spectra during the experiment. Favourable agreement was found in the peak frequencies and the shape of the response spectra. This work provided further support for obtaining useful insights into FPSO responses through low-cost testing in the Swan River.