Researchers from The University of Western Australia and 14 other institutions have undertaken the largest assessment of marine reserves in Australia, and found Australia is successful at protecting many fish species, but there’s still room for improvement.

“They can be used across both tropical and temperate Australia and we have seen very positive results for marine biodiversity using them,” Dr Langlois said.

“The collaborative effort of the many organisations involved in this study has resulted in high quality, useful data, which we believe will help policy-makers and government conserve marine biodiversity, by providing a blue-print for protecting Australia’s marine life.” 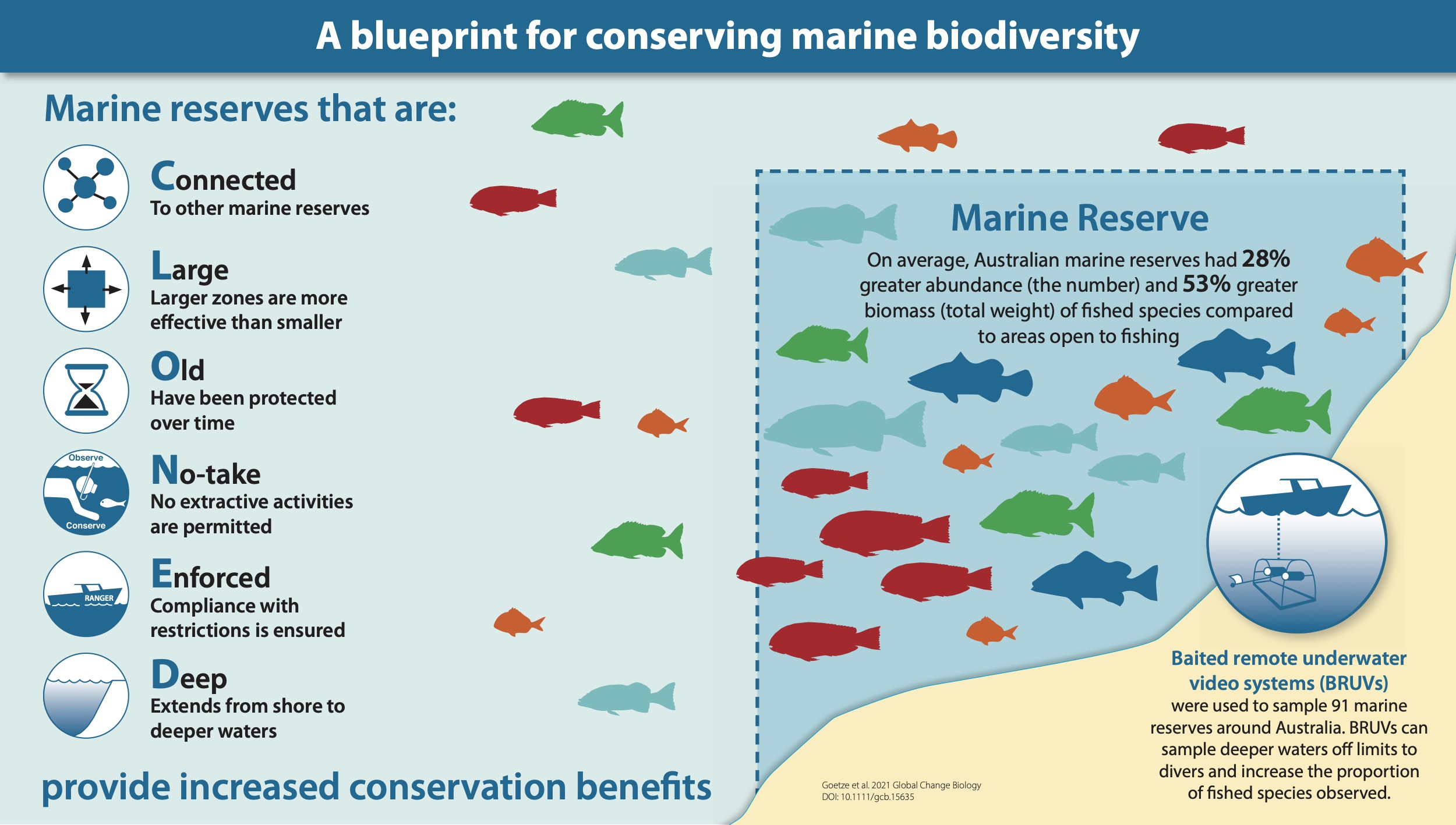 The Federal Government has committed $100 million to improve marine protection and management and the research will support this goal.

WA Department of Biodiversity, Conservation and Attractions’ Dr Jordan Goetze, lead author of the study, said scientists were able to look at what factors could improve marine conservation strategies.

“We found evidence that marine reserves that are connected, large, old, no-take, enforced and extend from the shore to deep waters can provide increased benefits to fished species,” Dr Goetze said.

“Given there are international agreements to increase the proportion of waters protected by no-take marine reserves, we believe these design factors can maximise conservation benefits.”

Dr Langlois said most researchers in Australia and across the globe were using the researchers’ Global Ocean Observing System Best Practice for surveying fish and sharks.

“We used GlobalArchive.org, a fish and shark video data synthesis portal designed at UWA with support from the Australian Research Data Commons, funded by the National Collaborative Research Infrastructure Strategy, which encourages researchers to share data, enabling us to ask large-scale ecological questions that were not possible before,” Dr Langlois said.

The study also found large gaps in the north and the south of Australia in State waters, where marine reserves were lacking. The scientists say this presents an opportunity to increase the coverage of no-take marine reserves in line with international agreements and protect parts of the Great Southern Reef that have been identified as a global biodiversity hotspot.