Students from The University of Western Australia will hit the streets this Wednesday 24 March dressed in outlandish costumes to sell copies of the satirical PROSH newspaper. 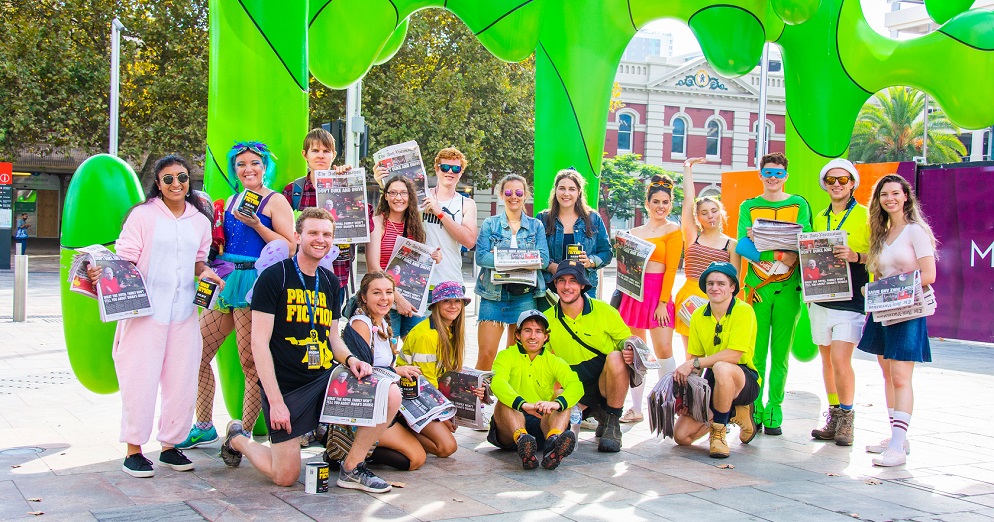 This year marks the 90th anniversary of the paper, designed and written by students, who are aiming to raise more than $30,000 to support three local charities.

Recipients of the funds raised include Fair Game Australia, founded by UWA graduate Dr John van Bockxmeer, which delivers health programs and recycled sports equipment to disadvantaged communities, Short Back & Sidewalks, a charity that offers free haircuts to the homeless and disadvantaged, and Dogs’ Refuge Home, a charity that works to find loving homes for abandoned dogs.

PROSH, a UWA Student Guild initiative, is the oldest and most successful single‐day charity event in the country run entirely by students. Since its inception in 1931, PROSH has raised more than $2 million for more than 100 charities.

UWA Guild President Emma Mezger said the generosity of the people of Perth would play a big role in a supporting the student-led initiative and the charities supported by PROSH.

“A group of dedicated student volunteers spend weeks putting together the satirical paper full of tongue‐in‐cheek articles, controversial advertisements and more,” she said.

“The Guild is extremely proud of the charitable tradition started by PROSH and how it has flourished on campus over decades.”

On PROSH day, students will arrive on campus from 5am to collect their papers and hit the streets of Perth in the Perth CBD, Claremont, Subiaco, Mount Lawley and Fremantle, rattling tins for morning commuters.

This year PROSH will once again be accepting electronic donations via EFTPOS machines, so cashless commuters can still purchase a paper.

Electronic copies of the paper will be available for purchase on the PROSH website after the event.

Our community
Our people