New high-tech smart buoys are being deployed along the Western Australian coast to provide real-time monitoring of a developing marine heatwave due to La Niña conditions.

The deployment of the smart buoys is a collaboration between Minderoo Foundation, Aqualink, The University of Western Australia, Integrated Marine Observing System (IMOS) and researchers from State and Federal management agencies.

Western Australia is currently experiencing high sea temperatures, and researchers expect they will rise along the coast over the next few months to their highest level in nearly a decade, which may trigger coral bleaching and other devastating impacts on marine life. 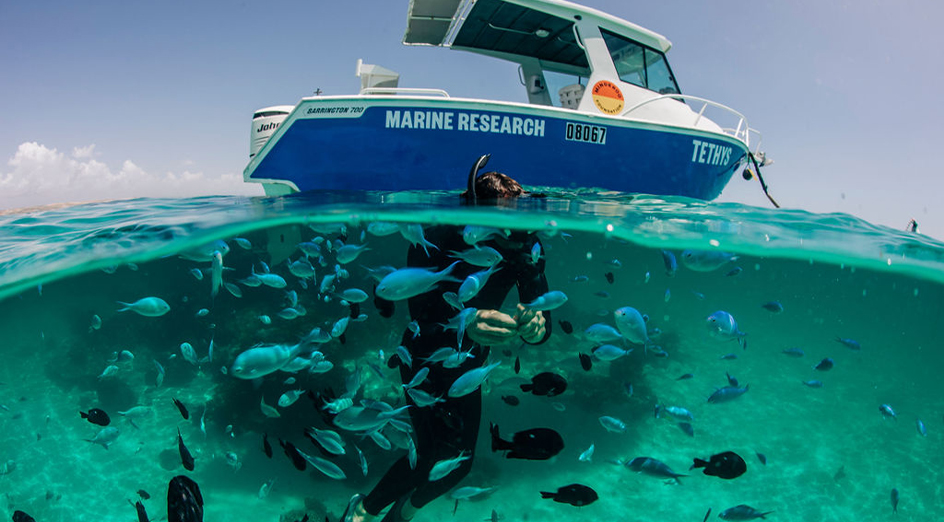 Project leaders Professor Ryan Lowe and Dr Michael Cuttler, from UWA’s Oceans Institute and Oceans Graduate School, said that during the last La Niña event from 2010 to 2012 researchers had not been able to access real-time in situ information about the state of ocean temperatures that were affecting ecosystems along the coast.

“This made it difficult to the identify many of the sites most impacted by extreme temperatures until long after damage occurred,” Professor Lowe said.

Dr Cuttler said the eight smart buoys being deployed from the North West to Perth would measure temperature, wind and waves in real time and connect to a global monitoring network via satellite where the data would be displayed and accessible to the public.

Researchers expect the impact of La Niña to be felt along the entire Western Australian coast, including the world heritage-listed sites of Ningaloo Reef and Shark Bay. The heatwave is expected to peak in early autumn, which coincides with coral spawning, meaning coral reproduction could be adversely affected.

“Whilst we are excited about the new technology and the ability it gives us to measure this event, if the water temperatures reach the levels expected, it will be akin to watching a tragedy unfold in real time, in high definition,” Dr Worby said.

“We have designed a buoy that can provide real-time temperature at the ocean floor transmitted by satellite and by deploying these buoys around the world, we will help to build a dataset that will help us understand where and when heat stress in the ocean will occur,” Mr Gray said.

Professor Lowe said data from the buoys, water samples and diver transects would help prepare for future La Niña events by allowing marine resource managers, researchers and commercial fishers to better understand the heatwave impact and prepare for the future in a changing climate.

The ocean weather buoys have the added benefit of providing detailed real time wave, wind and temperature information for boating, fishing and recreational activities via https://aqualink.org and www.wawaves.org

The buoys have been provided pro bono by AquaLink, a San Francisco-based non-profit that developed ocean temperature measurement technology and will supplement existing buoys deployed by UWA and IMOS that are currently monitoring the event.