A new advocacy group for law reform has been launched by a team of law students at The University of Western Australia to help support disadvantaged members of the community.

The WA Justice Association (WAJA) is a student-run charitable organisation that advocates for law reform in WA to improve outcomes for people in contact with the criminal justice system.

UWA Law School student Tom Penglis founded the association following his own incarceration in 2019, during which he was exposed to the extreme hardship and disadvantage faced by those in WA’s prison system, in particular Indigenous Australians.

Tom, who was sentenced to 15 months’ imprisonment for drug charges, said his prison experience opened his eyes to a number of systemic flaws within the justice system.

“The reality is that the vast majority of the people I met in prison don’t commit crime because they are ‘bad people’ – most of them suffer from trauma, drug addiction, disabilities, or various other forms of disadvantage,” Tom said.

"I am incredibly passionate about WAJA and its mission, and hope that through this organisation we can make a tangible difference for people who are struggling and their families." 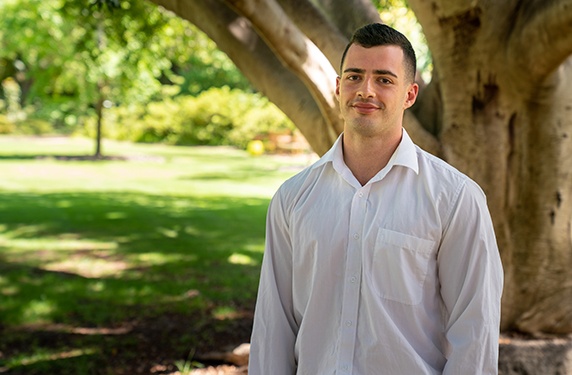 The group is currently working on a pilot project involving UWA law student volunteers to produce a discussion paper on the issue of raising the age of criminal responsibility from 10 to 14.

Isabel Philip said as a volunteer at the Aboriginal Legal Service she had seen firsthand how WA’s legal system was impacted by cycles of intergenerational disadvantage, poverty and trauma.

“Establishing WAJA has allowed us to utilise the skills and capabilities of students to provide much-needed support to under-resourced social justice organisations in this area, including our pilot partner Social Reinvestment WA,” Isabel said.

“The pilot project has been such a rewarding experience for all of us involved, and we are incredibly excited to have officially launched.”

WAJA was recently awarded a $5000 Activate! Grant from the UWA Student Alumni Fund and is seeking further sponsorship.

The group is also seeking student volunteers, partner organisations and legal professionals to supervise and mentor projects or provide training sessions and guidance to students.

More information on WAJA can be found here.