The University of Western Australia Associate Professor Fay Rola-Rubzen was just a child when she decided to dedicate her life to fighting food insecurity.

Growing up, Dr Rola-Rubzen attended a Catholic school in a small town in the Philippines. Later, during her high school years, she would join nuns and priests on their visits to poor rural villages.

The visits were often confronting as the Philippines experiences high rates of poverty, leaving many families with insufficient food supply.

After witnessing the effects of this, a young Dr Rola-Rubzen decided that fighting food insecurity would become her life’s work.

It was a vow she didn’t forget. 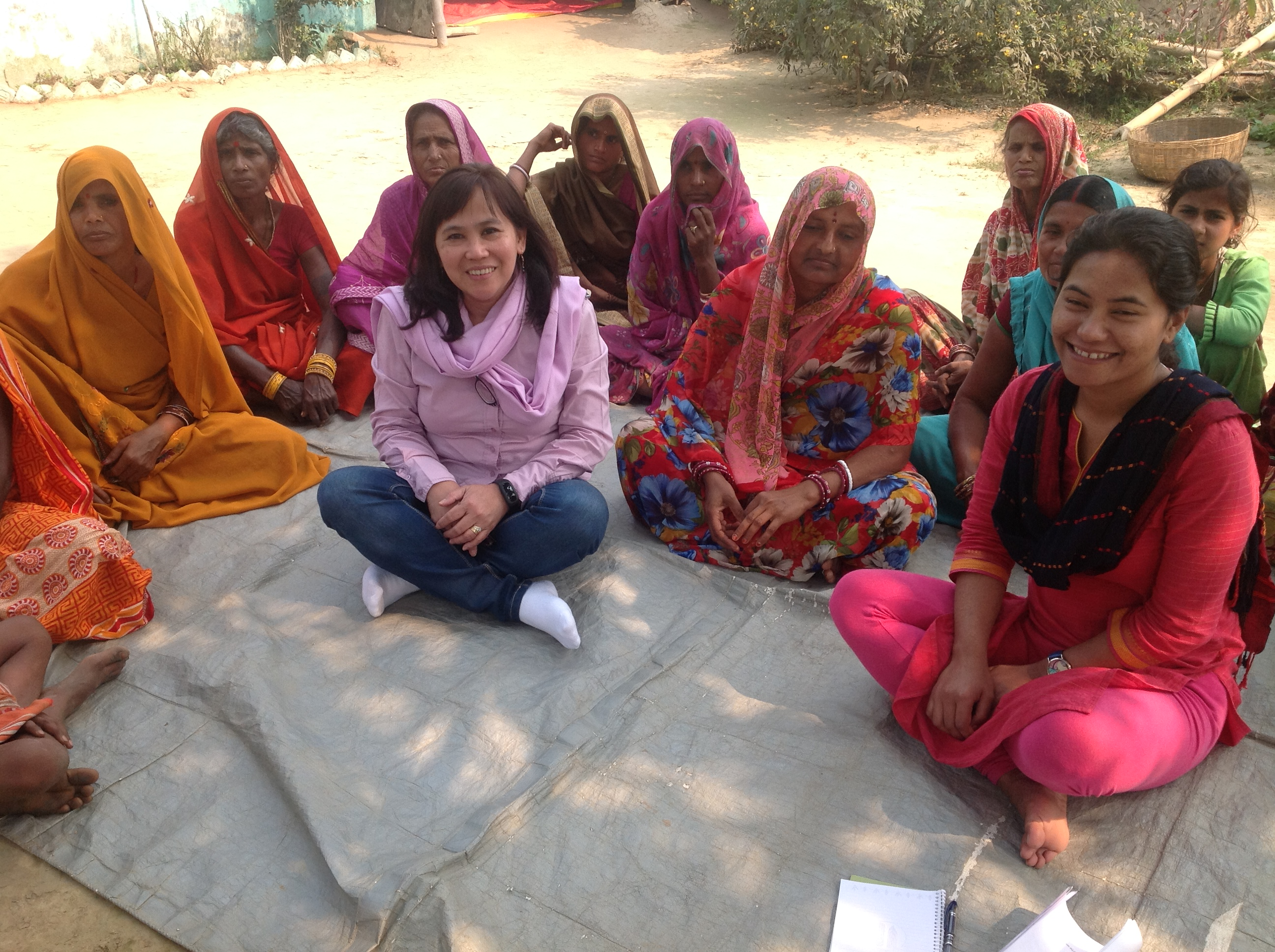 Image: Dr Fay Rola-Rubzen in Bangladesh as part of her research.

After completing her undergraduate degree, she moved to Australia to study a master’s in agricultural economics, met her future husband, settled in Australia and completed a PhD.

Now, at UWA, she is leading a team of international researchers using behavioural economics to encourage farmers in South Asia – which has one of the highest concentrations of poverty in the world – to adopt new agricultural technologies.

Novel agricultural technologies can increase food productivity and mitigate the impact of climate change but, despite the benefits, technology adoption rates remain low in many areas.

According to Dr Rola-Rubzen, one of the biggest challenges was that women were often left behind when it comes to adoption of new technologies.

“Involving more local women is one of the best ways to improve food security, so it’s critical to involve them as participants and beneficiaries of agricultural development projects,’ she said.

Dr Rola-Rubzen also leads the gender component of a research project funded by the Australian Centre for International Agricultural Research (ACIAR) on rural transformation in Bangladesh, China, Indonesia, and Pakistan.

Additionally, she led the gender mainstreaming work of an ACIAR-funded project in Bangladesh, Nepal and India on conservation agriculture-based sustainable intensification.

Dr Rola-Rubzen and her team have put in place multiple strategies for increasing gender inclusivity.

These include introducing a quota of at least 30 per cent women for technology training sessions and field visits, hosting women-only workshops, finding women “champions” and promoting the success of female farmers to make them role models in the community.

“Some of the women we’ve worked with were really shy to start with, but towards the end of the program were eager to talk and share their experiences,” she said.

“We’ve shown that by empowering women and increasing their incomes, the whole household benefits: the children attend higher quality schools and girls are more likely to attend university.”

In previous consulting work for the United Nations Economic and Social Commission for Asia and the Pacific, Dr Rola-Rubzen has examined the allocation of resources within households – and found that increasing women’s incomes is critical in alleviating poverty.

“In many cultures, women demonstrate altruistic behaviour and tend to look after themselves last. Their first priority is often to ensure their children and husband are fed first – so this means if you put more money in the hands of women, it goes towards food, health and nutrition, education and other benefits that flow through to the entire household,” she said.

Dr Rola-Rubzen said that, even though the physical environment of some research areas could sometimes be challenging, the results were worth it.

“We’ve built collaborative relationships with our partners in developing countries, and are constantly learning from each other,” she said.

“Even though in one sense I’m just doing my job, research has enriched my life personally and professionally.

“As researchers, we can contribute time, energy and passion to projects that change people’s lives. I fervently hope we will reach the United Nations Sustainable Development Goal of zero poverty.”