Economics researcher on a mission to improve community wellbeing 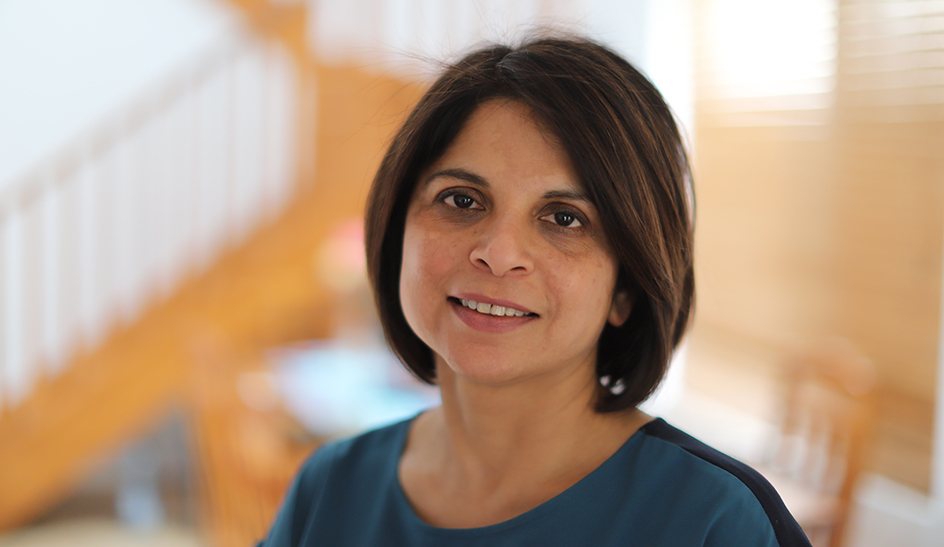 Professor Anu Rammohan’s research impact stretches across the world: from childcare policy in Australia to food and nutrition security in Myanmar.

Professor Rammohan – who in 2016 became UWA’s first female Economics professor – suspects her global perspective stems from the stark inequalities she witnessed while growing up in southern India.

Her drive to address inequality and gender bias saw her study economics first in India, and then at a postgraduate level in Canada and Australia.

When she started a family, she experienced first-hand the challenges facing working parents – and quickly became interested in the workforce participation rates of mothers. Her first paper on childcare policy – co-authored in 2005 – was inspired by her own fruitless search for childcare.

“When I had my son, I was working full-time at The University of Sydney but couldn’t access childcare – despite the university having four childcare centres,” she said.

“It was the same story for many of the families I knew in Sydney – childcare was either unavailable, unaffordable or both.”

Professor Rammohan used the Household Income and Labour Dynamics in Australia (HLDA) dataset to see how childcare costs affected if and how mothers worked. She found that for married women, childcare costs had little impact. Further research showed that higher wages lured women back to work, while women with more young children (under the age of four) were less likely to work.

Her research contributed to a number of changes in the federal government’s childcare policies: greater incentives for childcare centres to accept younger children, new guidelines on qualifications for childcare workers, and a means tested rebate for women who were working or studying.

Meanwhile, she decided to put her son in “family day care”– and put her time back at work to good use.

In one Australian Research Council funded project, using household survey data from rural Myanmar, her research team showed that home gardens were a good source of nutritious food for rural families, sparking interest in the government’s approach to food distribution.

And in a second Australian Research Council project, she investigated female empowerment and food insecurity in rural India, where malnutrition and lack of dietary diversity is a common problem, despite decades of food-based welfare programs. As families become wealthier, they continue to eat more rice and wheat – along with snacks – instead of adding meat and high quality plant groups to their diets. This is partly due to poverty, low education and household dynamics (women usually eat last).

Professor Rammohan’s research team recommended that, in addition to providing more education on nutrition, the government switch from rice and wheat handouts to food vouchers.

Recently, she’s turned her attention to the impacts of COVID-19 on the health and wellbeing of families. In Australia, she’s working on a project identifying the economic and health costs of the pandemic on households and the economy. In India, she expects to see a worsening in the levels of poverty, food security, malnutrition and domestic violence. In Indonesia, meanwhile, she’s examining the impacts on changes in government policy on household food and nutrition security, maternal and child health.

The COVID-19 pandemic means she can’t travel to interview study participants, so the researchers are relying on international collaborators and technology. She’s still optimistic that, with the right support, she’ll be able to discover patterns that help governments target their support more effectively.

Closer to home, she has been instrumental in building UWA’s international partnerships over the past six years, most recently as Associate Dean (International) at the Business School and the former Faculty of Arts, Business, Law and Education.

Having studied and worked in India, Canada and Australia, she treasures the opportunity to supervise international students and is keen to welcome more students from around the world.

She’s delighted that UWA was recently successful in securing additional Australia Awards funding, which will allow five Indonesian students to study economics and public policy at the University. New articulation agreements are also in train, which will allow international students to cross credit their studies at top international universities into degrees at UWA. – and in some cases, even study UWA degrees wholly online.