Changing the world one step at a time

When flatback sea turtles are born and notice artificial light, they can be encouraged to move toward it instead of the ocean.

The University of Western Australia (UWA) Student Louise Mason Costanzo learnt this fact over the summer at Barrow Island, a natural gas exploration site about 50km from the Pilbara coastline. 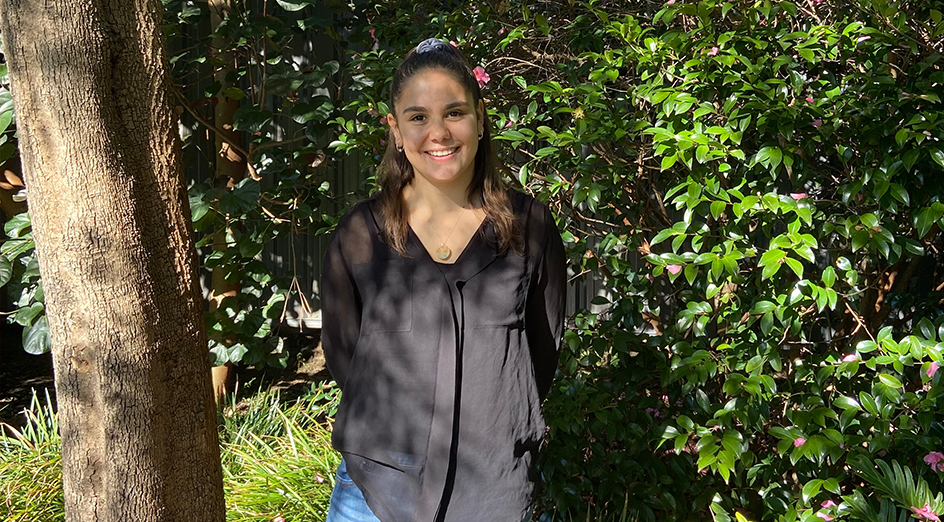 The Environmental Science major student said turtles could die after being disoriented from light pollution, and it was always surprising to learn the different ways humans impacted the environment.

Ms Mason Costanzo said she joined Pendoley Environmental’s Flatback Turtle Tagging Program to make these kinds of discoveries and to be a part of the discussion around solving them.

“We would safeguard the hatchling turtles and monitor the impact of the gas project,” she said. “The experience itself was absolutely incredible. I wouldn’t know how to describe it properly to someone who wasn’t there.

The 21-year-old of Port Hedland’s Kariyarra mob is currently in the third year of her degree at UWA – a hands-on experience that has motivated her to pursue world-changing environmental work.

Throughout her journey, she has put her hand up for a number of volunteering projects and was recently awarded the Rio Tinto Emerging Leaders Scholarship – a $10,000 payout – for her time and effort.

A self-described outdoors-y kid, Ms Mason Costanzo said she was first inspired to study the environment when she noticed many places she had visited around Australia as a child had been destroyed by human activities.

According to Ms Mason Costanzo, she wanted to better understand how people impact the environment and develop strategies and solutions that prevent future disruption to the places she loves.

She said her brother recommended the UWA course to her and, after looking into it, she immediately agreed it was the right fit.

“Eventually, I want to work in a solutions-based environment,” Ms Mason Costanzo said. “To become a leader and set an example for young Indigenous women.”

Though only in his first year at UWA, environmental science classmate Amos Smith of the Balanggarra and Bunuba mob has found himself on a similar career trajectory. 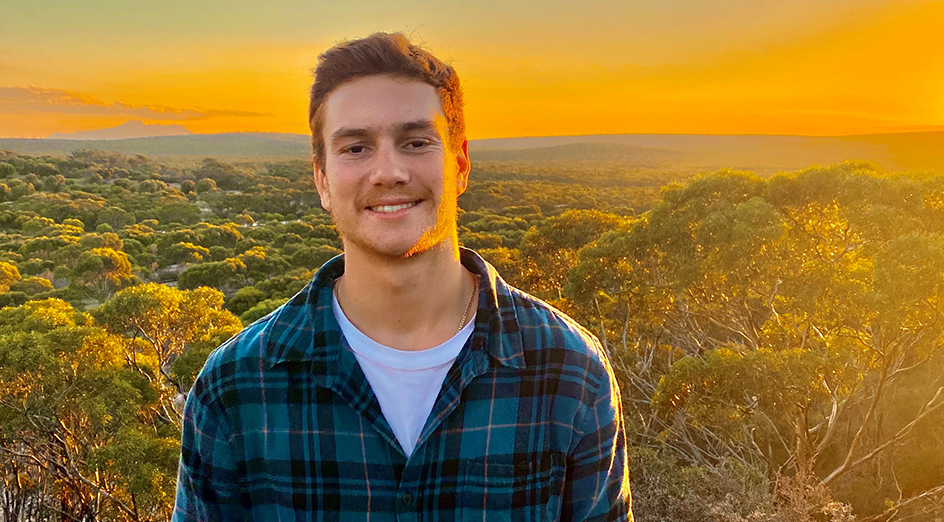 The 19-year-old’s summer internship was with not-for-profit Environs Kimberley – an organisation dedicated to land protection.

Mr Smith said while in the northern haven of Broome, he did campaign work against harmful practices and participated in several projects, including an on-Country experience tracking bilbies and feral cats.

Recently completing his second semester in conservation biology, Mr Smith said he enjoyed the internship and his UWA classes, which were helping his journey of self-exploration.

“At the moment I’m not sure where I want to end up,” he said. “Getting into a high-paying job isn’t really the goal for me. I don’t base success off how much money I’ll make.”

Though Mr Smith wasn’t sure what he wanted to do after his degree, he had hopes that his future career would allow him to work with the land and be in a meaningful position that helped him influence how people viewed the environment.

He said creating positive attitudes towards a sustainable lifestyle was the struggle he saw for himself in this world and he was looking forward to taking on the challenge.

“I’ve always wanted to do something good in this world, and I’ve always had a passion to care for Country and for animals,” Mr Smith said.

“You can see it in the land – that it needs healing – and growing up I was taught that all lives are important.

“The birds, the bees, the little ants that walk on the footpath.  “I think sometimes we, as people, forget that we’re part of the animal kingdom.

“We can’t continue to behave like we’re apex predators – it will be the cause of our destruction if we keep taking from Earth.”

This article was originally published by The West Australian, 2 July 2021