A new technology that can improve gravitational-wave detectors, one of the most sensitive instruments used by scientific researchers, has been pioneered by physicists at The University of Western Australia in collaboration with an international team of researchers.

The new technology allows the world’s existing gravitational wave detectors to achieve a sensitivity that was previously thought only to be achievable by building much bigger detectors.

Emeritus Professor David Blair, from UWA’s Department of Physics, said the technology merged quantum particles of sound vibration called phonons with photons of laser light, to create a new type of amplification in which the merged particles cycled back and forth billions of times without being lost.

One of the most sophisticated applications of photons are gravitational-wave detectors, which allow physicists to observe ripples in space and time caused by cosmic collisions.

“Phonons are much trickier to harness individually in their quantum form because they’re usually swamped by vast numbers of random phonons called thermal background.”

“Phonons are much trickier to harness individually in their quantum form because they’re usually swamped by vast numbers of random phonons called thermal background.” 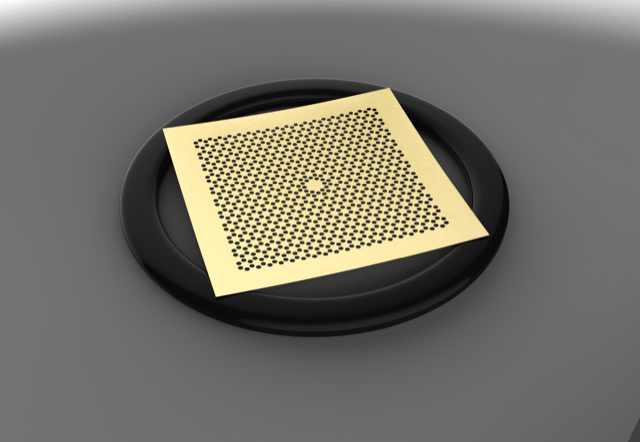 Using the interaction of photons and phonons, a tiny resonator less than 1 mm in size can dramatically increase the sensitivity of a kilometer scale interferometer. Credit: Carl Knox, ARC Centre of Excellence for Gravitational Wave Discovery

Emeritus Professor Blair was awarded the prestigious Prime Minister’s Prize for Science in 2020 for his contribution to the first detection of gravitational waves.

Lead author Dr Michael Page said the trick was to combine phonons and photons together in such a way that a broad range of gravitational wave frequencies could be amplified simultaneously.

“The new breakthrough will let physicists observe the most extreme and concentrated matter in the known universe as it collapses into a black hole, which happens when two neutron stars collide,” Dr Page said.

Emeritus Professor David Blair said the waveforms sounded like a brief scream that was pitched too high for current detectors to hear.

“Our technology will make those waveforms audible, and will also reveal whether the neutrons in neutron stars get split up into their constituents called quarks when they are in this extreme state” Emeritus Professor Blair said.

“The most exciting thing about seeing nuclear matter turn into a black hole is that the process is like the reverse of the Big Bang that created the universe. Observing this happen will be like watching a movie of the Big Bang played backwards.”

Emeritus Professor Blair said while the technology did not represent an instant solution to improving gravitational-wave detectors it offers a low-cost route to improvement.