In ruminant livestock, gastro-intestinal worms can reduce productivity and cause diarrhoea that can increase the risk of flystrike in Merino sheep.

Moreover, the worms are becoming increasingly resistant to medication (oral drenches). The total cost to the Australian sheep industry is in excess of $600 million per annum.

This problem is being tackled by the Sheep Worm Team at The UWA Institute of Agriculture. 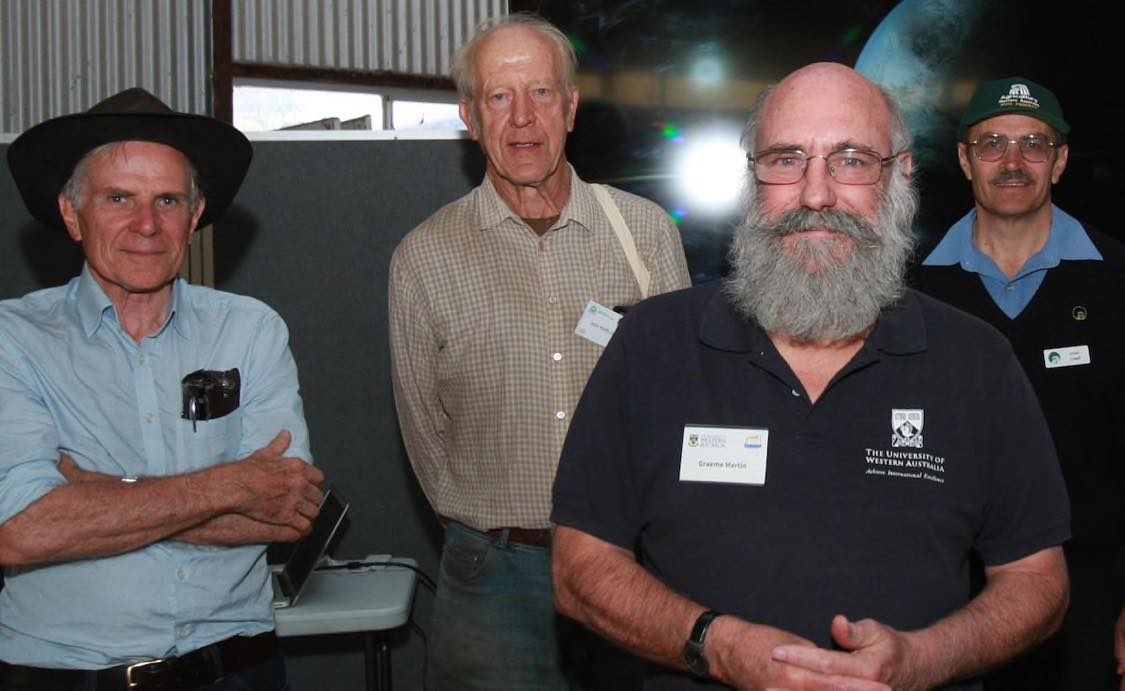 Image: The Sheep Worm Team at The UWA Institute of Agriculture.

The team have been researching the roles of the various components of the sheep immune responses to worm infection that cause diarrhoea and thus flystrike, with the aim of finding genetic solutions.

They have also been looking into secondary compounds in the sheep diet that can combat worms.

The team began in the 1980s as a partnership between genetisct Professor Greeff and veterinarian Dr John Karlsson when they were both working for the Department of Agriculture and Food WA (now the Department of Primary Industries Research and Development).

Dr Karlsson has now retired to his own farm, where he has put his many years of research on sustainable sheep worm control into practice. He came up with a management procedure so effective that he was able to stop mulesing his own flock in 2007.

The keys to the ‘Karlsson Recipe’ are faecal worm egg counts (FEC), and the measurement of resistance to drenches. The resistance of the worms to a drench is assessed by measuring the reduction in FEC after drenching. If the egg numbers do not fall by 95 per cent, the worms are resistant.

“Every farm should be making these measurements so they can stop wasting money on drench and, at the same time, stop contributing to the development of resistance,” Professor  Martin said.

“One, measure FEC at critical times and, two, use the data to breed sheep that have low FEC because they are naturally resistant to worm infection,” he said.

Dr Karlsson has a closed flock and breeds his own rams. In addition to production traits, he selects for low FEC, two measures of diarrhoea (dag score and dag moisture) and flystrike resistance. If an individual’s FEC is above his threshold, that individual is drenched and culled. None of his selected rams have been drenched for at least 10 years.

In addition to traits for fitness and productivity, Dr Karlsson aims for low average FEC for the flock, based on paddock samples. When yarded, individuals that fall below standard for FEC receive a selective drench and are recorded for the annual culling in January. If the flock average FEC is above standard, all ewes are drenched when next yarded. However, during the dry season, John tries to leave 10 per cent undrenched to reduce the selection pressure on drench resistance by ‘diluting’ the pool of resistant genes in readiness for the next winter cycle.

About one week before lamb marking, Dr Karlsson collects fresh faecal samples from the ewes to determine if they need a drench at lamb marking. He starts monitoring the lambs at marking but generally doesn’t need to drench until weaning. Where possible, he moves weaner lambs away from the potentially contaminated lambing paddocks, where they would be exposed to the highest worm burden.

At flock level, entire males have the highest worm burden due to hormonal interactions with their immune response. The ewes also have a high burden because their immune response is suppressed during late pregnancy and during peak lactation. Mature wethers, on the other hand, will generally be the most worm-resistant sheep in the flock, provided they have not experienced an environmental stress. Dr Karlsson monitors them in the paddock for ‘fitness traits’ and general condition, with a view to meeting sale requirements.