How Aboriginal rock art can live on even when gone

This article by Professor Joakim Goldhahn from UWA’s Centre of Rock Art Research and Professor Paul S.C.Taçon from Griffith University, originally appeared in The Conversation on 8 April 2021.

Aboriginal rock art unfolds stories about the present-past and emerging worlds, often described by an outsider as the Dreamtime. Some rock art, it is believed, was put in place by spiritual and mythological beings. Many of these Ancestral Beings travelled vast distances, and their journeys link places, clans and different rock art paintings.

Other images were created to educate children about cultural protocols, or just made to tell an amusing story. The artists who created the works are also important. Some artists were prolific and appreciated. A person who made a hand stencil could often be identified by the hand’s shape.

Our new research into a 1972 painting made by Billy Miargu in today’s Kakadu National Park shows how rock art can act as an intergenerational media — even when no longer visible to the eye.

In December 1972, Robert Edwards and George Chaloupka, two acclaimed rock art researchers, came across Miargu camping at Koongarra in the heart of Kakadu. They took a photograph of his family. In the background, there was a newly made painting of a kangaroo. The researchers did not think much about this image, describing it as a “poor naturalistic representation.”

When Paul S.C. Taçon revisited the painting only 13 years later, it was gone (probably due to exposure to wind and rain). In 2018, we used state-of-the-art digital documentation methods to try to detect remnants of the kangaroo, but all in vain. We can no longer see the white kangaroo, as shown in the photograph below. 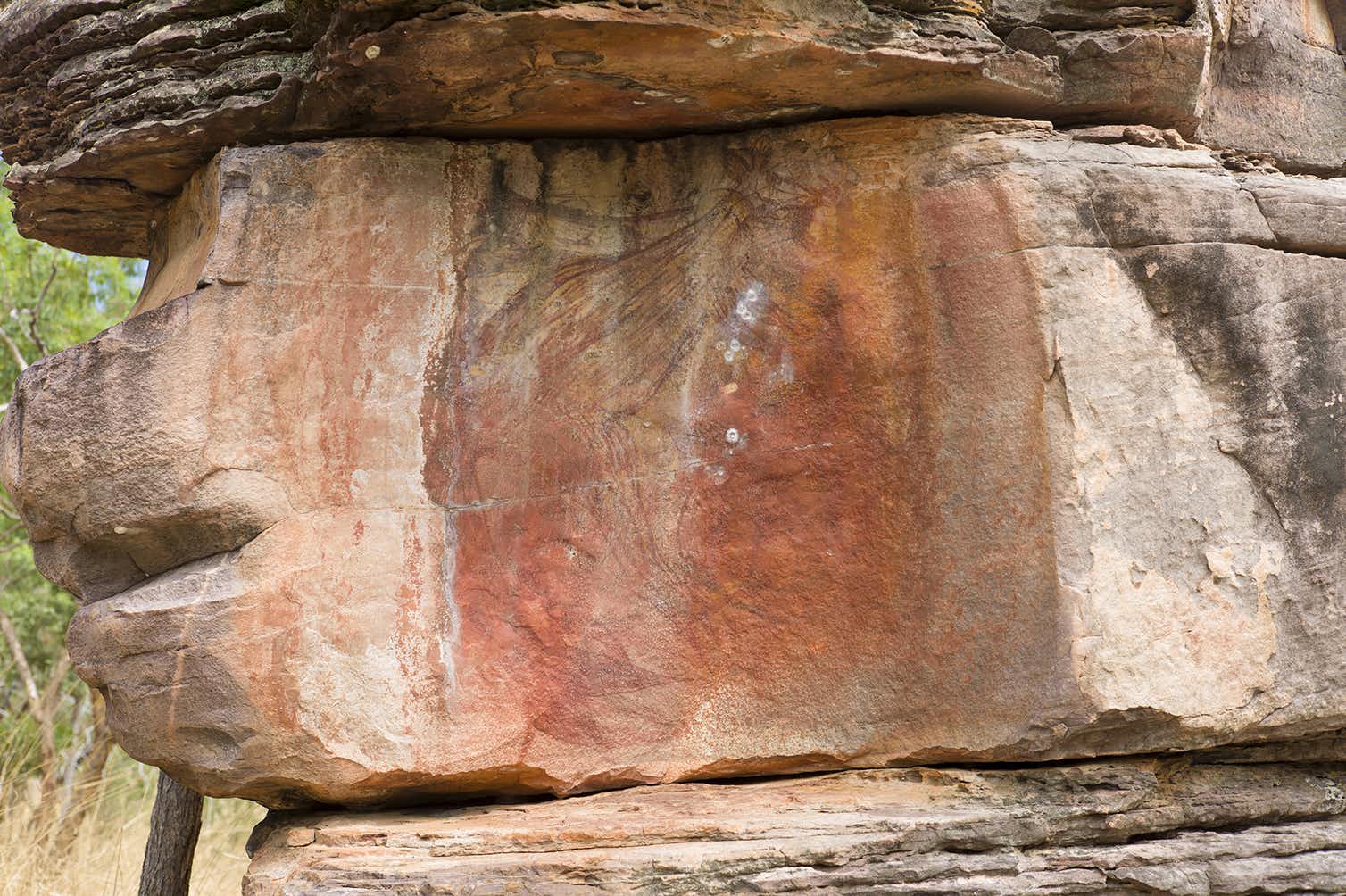 In June 2019, we returned to Koongarra with three of Miargu’s daughters, two of his granddaughters and a great-granddaughter.

We wanted to learn about the artist and what meaning this place holds today for his family.

We learned that Miargu was born in central Arnhem Land. He moved west to Kakadu around the time of the second world war to work at cattle stations — shooting buffalo, cutting timber — and emerging tourist venues. His clan was Barrbinj and his wife, Daphnie Baljur, was Barrappa. Together, they had six children: five daughters and a son.

Miargu and his wife were camping at Koongarra in 1972 while participating in a fact-finding survey on behalf of the Commonwealth government and the Australian Mining Industry Council for a planned uranium mine. They collected mammals and reptiles for this study.

Our conversations revealed that the place where Miargu painted the kangaroo had a special meaning for him. It is situated in his mother’s clan Country, and he had a ceremonial obligation to this place. 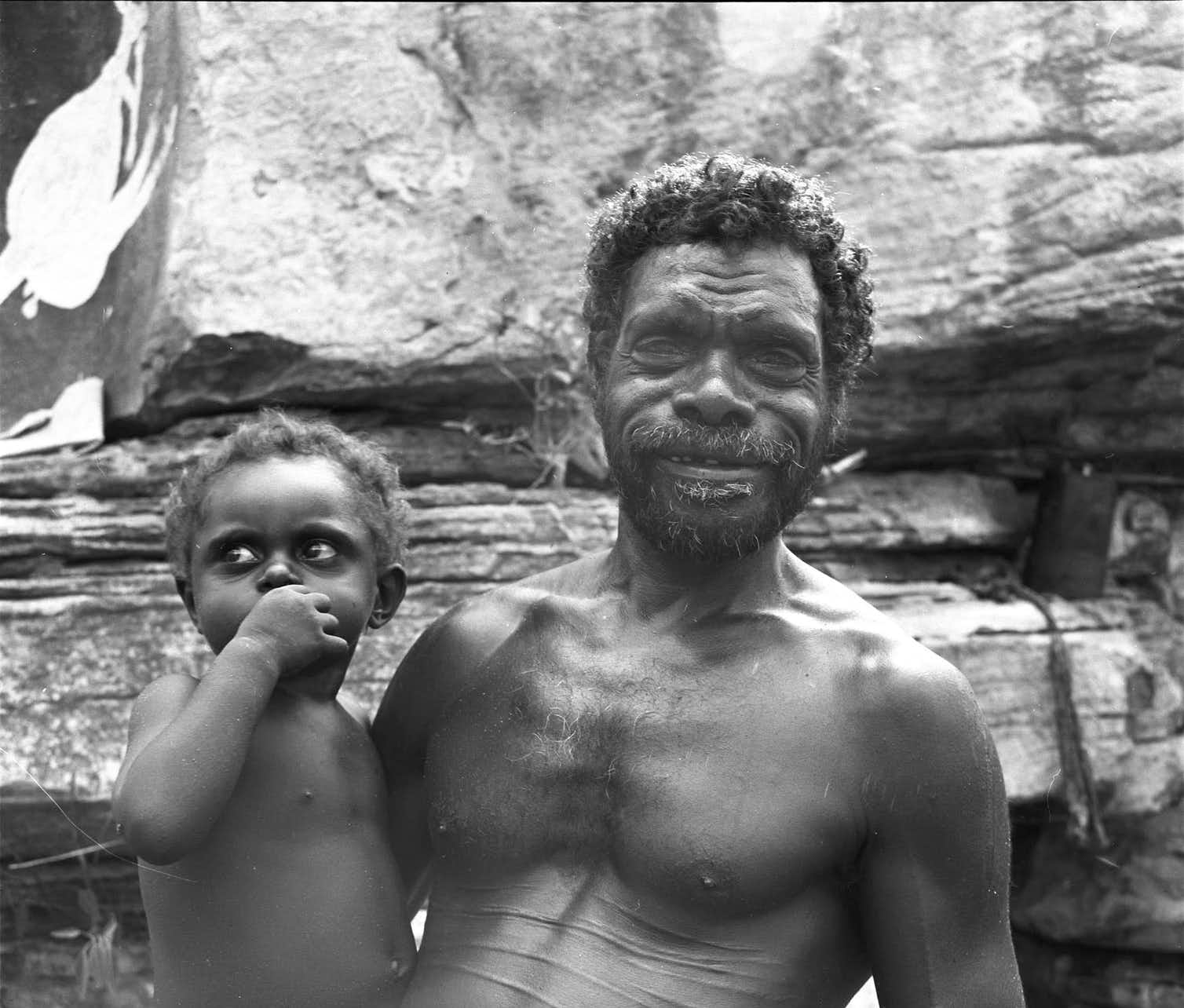 The original kangaroo painting referenced a local ceremony. Depicting this Ancestral Being in his mother’s Country shows that Miargu had undergone this ceremony and was keen to care for this Country. Today, his son and daughters have inherited some of these obligations.

Even though Miargu’s painting of the kangaroo can no longer be detected, this place holds a special meaning to his descendants. In fact, for the family, they say “our dad’s painting is hiding, in secret place”. They address the painting as if it is still there, visible or not.

Miargu passed away in 1990. This is the only place the family knows where he created rock art. His daughter Linda Biyalwanga said, “we don’t know any other paintings. Only one painting, that’s why we bring our children to show them this painting.”

The tangible place, the intangible rock painting, and the family’s recollection of the happy times they spent together with their parents at this special place seem to have merged into a present-past and future which embrace Western concepts of space, but defy similar notions of time.

In an inexplicable but noteworthy way, Miargu’s painting seems more present today because it is absent.

To visit Koongarra and the rock art figure he created is vital for his family. It evokes cherished memories about their parents and feelings, but also sorrow and the loss of “the Old People who finished up”.

Joanne Sullivan, another of Miargu’s daughters, expressed this when she said: “I wish my dad sit here.”

When we left the place, Miargu’s daughters called out to their parents’ spirits and asked them to remember them and take care of them. Even though the rock painting “is hiding”, it is still crucial — it lives on even when gone…

This research was undertaken in collaboration with the family members of Billy Miargu and Daphnie Baljur.