New research from The University of Western Australia has discovered a major switch in the way silicon cycles through soil that could help plants growing in nutrient-poor environments adapt to their ageing ecosystems.

A team of international researchers carried out a study, published in Science, of the biodiverse vegetation on the coastal dunes at Jurien Bay to understand how the silica found in soils could provide silicon available to plants.

They found a major change in the soil-plant silicon cycle as the ecosystems aged over a two million year period.

As ecosystems age, the researchers found that the silicon in plants switched from a mineral to a biological origin through the dissolution of the soil silica bodies derived from plant remains. This caused the concentrations of silicon in plants to steadily increase.

By contrast, the plant concentrations of all major nutrients, such as phosphorus, calcium, magnesium and potassium, steadily decreased because they are lost as ecosystems age.

This suggests silicon plays a major role in supporting old ecosystems, helping plants to withstand environmental stress, which in turn influences their productivity.

Lead author Félix de Tombeur, a PhD student, and Professor Jean-Thomas Cornelis, from the University of Liege, visited UWA’s School of Biological Sciences to study the nutrient-impoverished soils near Jurien Bay and better understand the role of silicon in these terrestrial ecosystems.

“Jurien Bay is a world-renowned plant biodiversity hot-spot and I recognised the potential of the region to investigate the biogeochemistry of silicon across the range of soils supporting these ecosystems,” 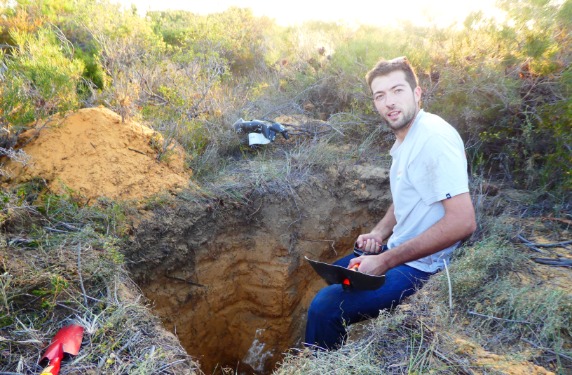 “We discovered that the soil silica bodies could help to keep silicon in the soil-plant system for very long time periods and to a greater degree than the other rock-derived nutrients.”

“These findings on silicon cycling have added a new dimension to understanding these ecosystems, in addition to our studies of phosphorus and other essential nutrients,” Professor Lambers said.

The project was conducted with collaborators from the Smithsonian Tropical Research Institute, Université de Montréal and LaSalle University.