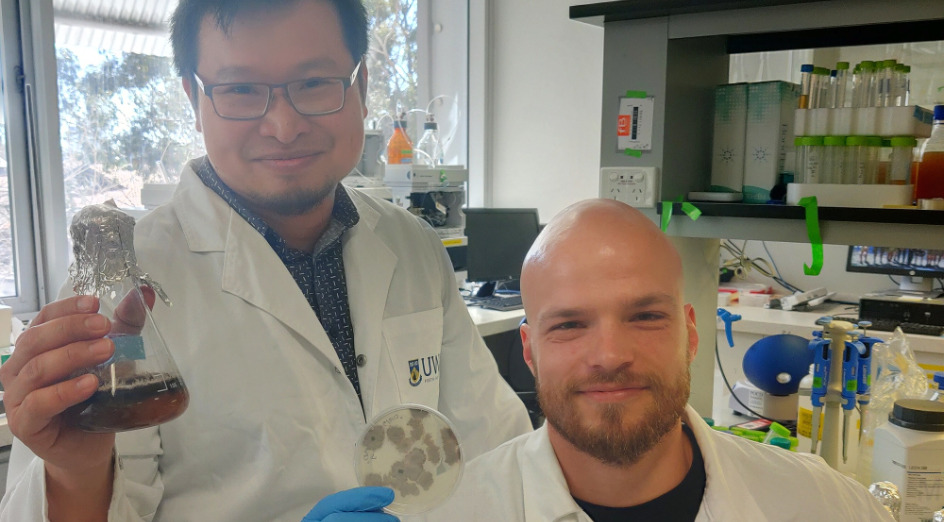 Researchers from The University of Western Australia, Cornell University and The Australian National University have uncovered the genetic origin of an oat disease that reached epidemic proportions in the United States in the 1940s.

The findings are published today in the journal Proceedings of the National Academy of Sciences U.S.A.

Oat varieties developed to be resistant to crown rust disease were popular among farmers in the 1940s. However, the varieties were vulnerable to an oat disease called Victoria blight, which resulted in the majority of oat plantations in the US being wiped out.

Researchers discovered the disease was caused by a fungus called Cochliobolus victoriae, which produces a peptide toxin called victorin. However how victorin targets the plant, and its genetic origin, has remained a mystery for decades.

Dr Heng Chooi, an ARC Future Fellow from UWA’s School of Molecular Sciences, led the team of Australian and US researchers who solved the genetic mystery.

“We found that victorin is encoded by a small gene that exists as multiple copies buried in highly repetitive and rapidly evolving regions of the genome,” Dr Chooi said.

Professor Gillian Turgeon from Cornell University said due to the complex structure of victorin, scientists had long thought that the victorin peptide was made by a large enzyme called NRPS.

In this study, lead author and UWA PhD student Simon Kessler demonstrated that victorin was produced by the removal of six-amino acid peptides from a small precursor protein and heavily modified later.

The enzymes involved in modification of the peptides are also encoded by genes scattered in the messy repetitive regions in the genome.

“Among those enzymes, one was shown to be crucial for converting the victorin peptide to its mature form that is toxic to oats,” Mr Kessler said.

“It will allow us to understand how new crop diseases emerge and how we could better prevent them in the future,” he said.

The research was supported and funded by the Australian Research Council.