Mr Anderson Loake, 21, who has completed a Bachelor of Philosophy and will finish his Honours in mathematics and statistics this year, is UWA’s 105th Rhodes Scholar in 107 years.

He plans to undertake DPhil in Modern Statistics and Statistical Machine Learning at the University of Oxford, examining the importance of big data in natural disaster response and recovery.

“Predictive modelling was heavily used during the 2019 bushfire season to anticipate the spread,” Mr Anderson Loake said. “This sort of research is incredibly relevant to all kinds of disasters including hurricanes and even pandemics.”

Mr Anderson Loake volunteers as a patrol captain at the City of Perth Surf Life Saving Club and is a keen surf iron man.

He is also passionate about mentoring and works as a volunteer for Ignite Mentoring, a not-for-profit organisation that empowers young people to reach their full potential by improving self-confidence.

“Educational inequality is a major issue we face, and I wanted an opportunity to give back,” he said. “With mentoring I find that I get just as much out of it as the students do.

“I recently had the opportunity to work with English as a second language students at Balga Senior High School, and the kids are incredibly kind and optimistic, and we’ve all loved getting to know them.”

The Honourable Kim Beazley AC, Governor of Western Australia, who presented Mr Anderson Loake with the award, said he exemplified the values of a Rhodes Scholar. 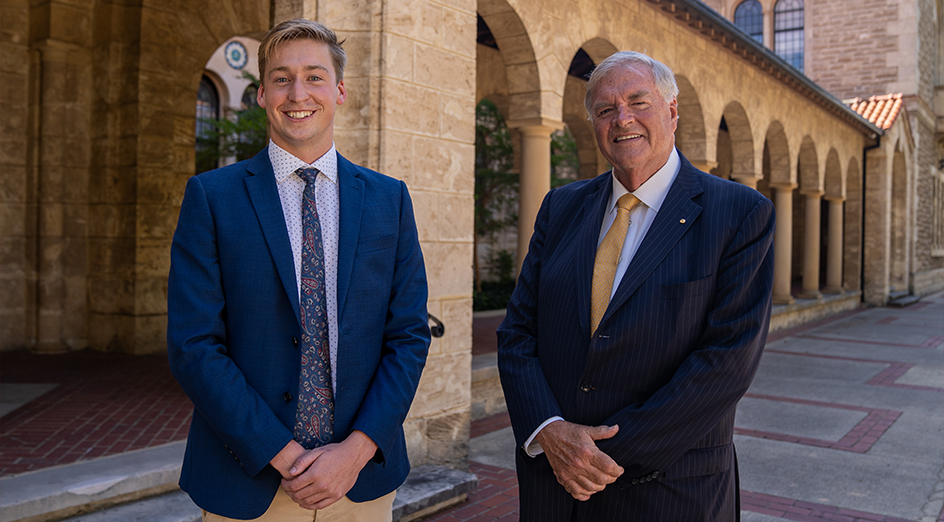 “The stuff that Max is working on is unbelievably critical in this era, especially for issues like global warming, where big data will be essential to understanding the worldwide impact,” Mr Beazley said.

Mr Anderson Loake said he felt extremely lucky to have been given the opportunity to experience everything Oxford has to offer.

“I think a huge part of Oxford is the people that are there and being around the Rhodes Scholar community will provide me with an amazing network I’ll be able to draw knowledge from,” he said.