A new anthology that explores the lived experiences of young Indigenous people has been launched at The University of Western Australia. 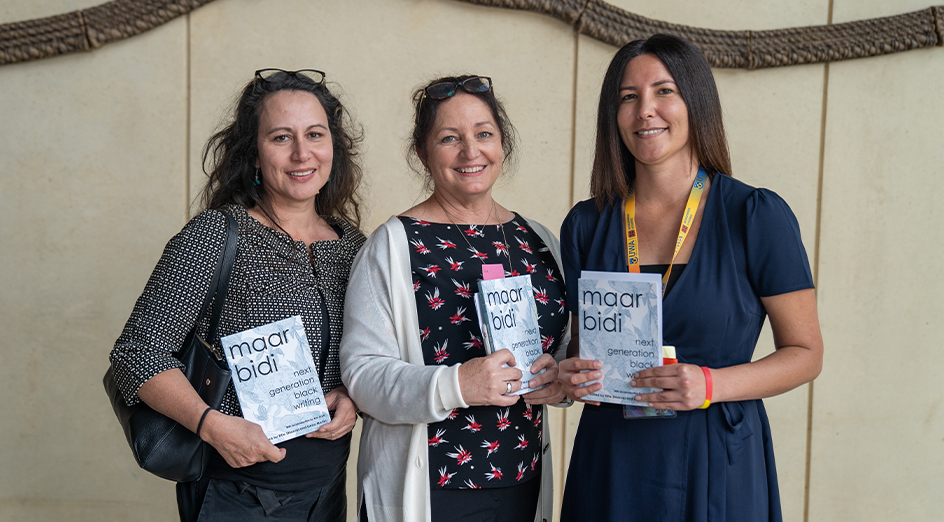 “Each writer is telling an individual story but if you map them, they are telling a story of young black Australia."

Edited by lecturers Dr Elfie Shiosaki and Linda Martin from UWA’s School of Indigenous Studies, maar bidi means ‘to create a pathway with your hands’ in Noongar language. WA Minister for Aboriginal Affairs, the Hon Ben Wyatt, spoke with student authors at the event.

Dr Shiosaki said the anthology was a journey into what it was to be young and Indigenous in divergent and conflicting worlds.

“Each writer is telling an individual story but if you map them, they are telling a story of young black Australia,” she said.

“That is what makes it profound, because unlike other writers, Indigenous writers speak of Country and kin.”

Our community
Arts and culture