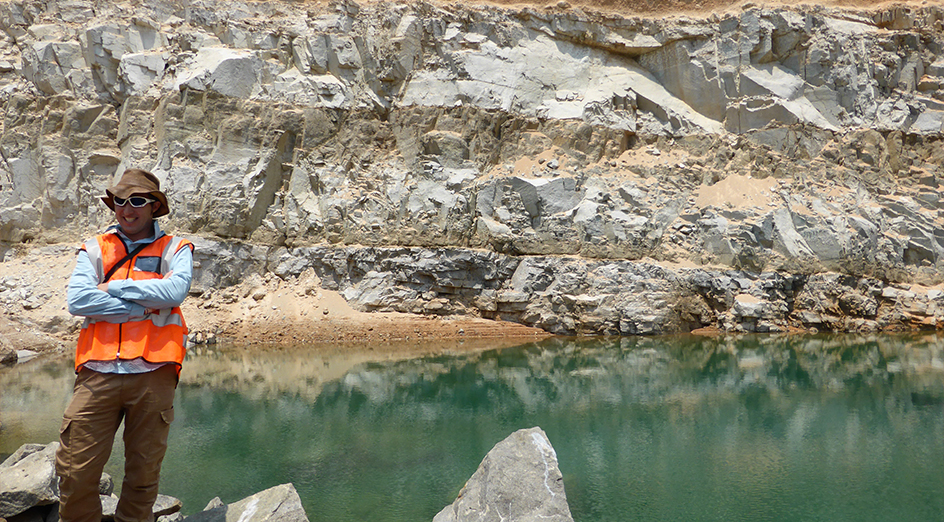 Researchers from The University of Western Australia have led an international team of scientists to investigate ancient volcanoes in Western Australia’s vast interior that could reveal the relative position between Africa and Australia two billion years ago.

Using state-of-the-art analytical infrastructure, the researchers precisely dated and fingerprinted the magmas, which erupted from these volcanoes, and presented an exciting hypothesis: African volcanoes in Western Australia.

Lead author Professor Marco Fiorentini said the volcanoes were special because they held the key to an important question that had kept geologists puzzled for many years: what was the relative position between Africa and Australia two billion years ago?

“Amid the vast emptiness in the centre of Western Australia lies a region where ancient volcanoes are exposed over an area the size of Ireland,” Professor Fiorentini said.

“Through sophisticated modelling techniques employed to define the size and nature of volcanism on other planets of our Solar System, the research team has proposed a new relative setting for the location of the two continents at the time of volcanic eruption.”

The relative distance between Africa and Australia at the time was about 4000 km, he said.

“The fringes of a large magmatic upwelling centred underneath South Africa may have been capable of generating volcanoes in Western Australia,” Professor Fiorentini said.

Published in Scientific Reports, the results published may explain why Earth two billion years ago underwent cataclysmic changes in the composition of its atmosphere and hydrosphere, as demonstrated by other independent geological data published in the past.

“With the new inferred size of this magmatic event, occurring over such a large area of the planet, it is now possible to better constrain other geological processes that were previously not understood," Professor Fiorentini said.

It is proposed that the giant iron ore deposits in the Hamersley Province of Western Australia’s Pilbara region may have formed through the influence of volcanoes sourced from Africa. This new hypothesis may also help exploration for deposits enriched in highly valuable rare earth metals, which are key to the implementation of a future green economy.