The implications of the Biden Presidency: A public policy symposium

Reflecting on a recent online public policy symposium on the implications of the Biden Presidency for relations between the US, Australia and China, Greg McCarthy recounts his main takeaways from the discussion, and adds his own assessment of what the new US administration may mean engagements between those three countries.

Given that Democratic US presidents in the past have steered a different course to China than Republican presidents, with, for example, Jimmy Carter recognizing the People’s Republic of China in 1979, and Bill Clinton supporting China’s entry into the World Trade Organization (WTO), there is an expectation that a Joe Biden presidency might have a different view on China than that of President Trump. But when Biden comes into office on 20 January 2021, he will be confronted with an ongoing trade and technological war with China, exemplified by the recently imposed US visa and travel restrictions for members of the Chinese Communist Party. At the same time, there is a tension between Australia and China, over tariffs, frozen ministerial dialogues, and Australia’s securitisation of the relationship via multiple pieces of foreign interference legislation. This has resulted in a debate as to whether China is disengaging with Australia and/or Australia is disengaging with China.

Considering the incoming Biden presidency, the UWA Public Policy Institute held a webinar featuring experts from UWA and from Beijing Foreign Studies University (BFSU) exploring its implications for these tensions between China, US, and Australia. The symposium opened with introductory remarks by BFSU Vice-President Sun Youzhong outlining the symposium’s origins. The idea was born from a visit by Professor Greg McCarthy, Associate Professor Xianlin Song and the famous novelist Professor Nicholas Jose at BFSU some nine years ago, which resulted in annual symposia. These exchanges of ideas and debate have been underpinned by the aim to find transcultural understandings that overcomes divisions.

Perth USAsia Centre CEO Professor Gordon Flake noted that while President Biden will have a more orderly approach to foreign policy than his predecessor, there was now a Washington consensus that competition with China is the new norm. This new norm emerged against the backdrop of a lost hope that following China’s accession to the WTO, capitalism in China would be accelerated and from that democracy would flourish. Instead, the new consensus is that President Xi Jinping has closed off the conversion to a democracy, and both Republicans and Democrats seem wedded to a strategic competition with an ‘authoritarian’ China. Professor Flake further noted that the White House will most likely face a hostile Senate that would block rapprochement with China.

Professor Xie Tao (BFSU) argued that given the deep polarisation within the US, President Biden would be preoccupied with domestic politics and bridging divisions at home rather than making any major changes in US-China policy. He noted that, whilst there may be some opportunities for multilateral cooperation between the US and China, China does not expect any significant change in US foreign policy, at least in the short term. For their part, he said, Chinese leaders had learnt from their experience with Donald Trump not to rush to personalise relationships with the US leadership as this had not mitigated the US’s overt opposition to China’s rise.

In his contribution Professor Mark Beeson (UWA) highlighted the multilateralist thinking that the new Biden administration will likely display with regard to the Paris Climate Agreement. Beeson argued that the Biden policies on climate change will place pressure on the Australian Morrison Government to meet the 2050 emissions reduction target. However, he did not expect Australia to appease its distrust of China nor forge a more independent foreign policy position from the US. Rather, Australia will likely urge the Biden administration to be more engaged with the Indo-Pacific region to counter the rise of China in Asia.

Dr Hu Dan (BFSU) pointed out that public opinion surveys in Australia show a lack of trust of China, while a survey conducted by BFSU in China recorded negative responses to Australia. She argued that there is an absence of sufficient balance in media reporting on China in Australia; equally, there is limited coverage of Australia in China, which pushes negative public opinion.

For his part, Professor Wu Yanrui (UWA) spoke of the important economic benefits of Western Australia’s trade with China. However, somewhat alarmingly, he presented graphs showing that in 2019–2020 there was a dramatic decline in overall trade between Australia and China, which will adversely affect the WA economy.

The implications of a Biden presidency are difficult to predict. Joe Biden looks at a country afflicted by social and economic divisions, where the gap between the rich and poor is too wide, where wealth distribution is too unequal, where wages are stagnant and where middle-class Americans feel they are left behind.

“On top of these issues the new Biden administration is faced with COVID-19, already a human tragedy with over 16.9 million infections and 306,000 deaths and counting. ”

In addition to these social and health difficulties there is a severe political divide described as ‘trench warfare’, with Donald Trump firing missiles at 280 Twitter characters a shot. There is optimism that the 20 January inauguration will bring an amnesty to this combative approach to governing.

Abroad, President-elect Biden is likely to build stronger alliances with Europe, notably through Biden’s nominee for Secretary of State Antony Blinken, who is an expert in Europe and a Francophile. However, the real challenge for Biden is the relationship with China and it now seems that the Democrats and Republicans are seeking to outdo each other on who is harder on China. Again, it is hopeful that the US and China can find a working relationship that is less ideological and find a more fruitful way to negotiate their differences. But most experts expect the trade and technological conflicts between US and China to remain in play for some time in the future.

As for Australia, US, and China relations, a Biden presidency is also unpredictable. If history repeats itself, Australia will encourage the US to become more fully engaged in the Asia-Pacific and use the Five Eyes security arrangements as a broad basis to contain China’s rising power in the region. Additionally, the Biden Presidency will have little or no influence on the ideological and trade war between China and Australia. Both Chinese and Australian governments are locked into nationalist disputation – China accuses Australia of interfering in its national sovereignty with respect to Hong Kong, Xinjian and in the call for an independent investigation into the origins and handling of COVID-19 in Wuhan. China also faults Australia for trade discrimination against Huawei and foreign investments.

For its part, Australia claims China is interfering in its politics, universities and state governments, and has introduced legislation to counter these alleged actions. Moreover, Australia is taking China to the WTO over the barley tariff dispute, a move that is interpreted by trade experts as a sign of further escalation in the trade war between the two countries.

In sum, one hopes that the Biden presidency will prove the pundits wrong and lead to healing the US social fabric, suppression of the virus, and a less confrontational foreign policy. If that is the case, then both China and Australia could benefit – but that is big hope in a non-hegemonic world where China and the US are in competition to be number one. 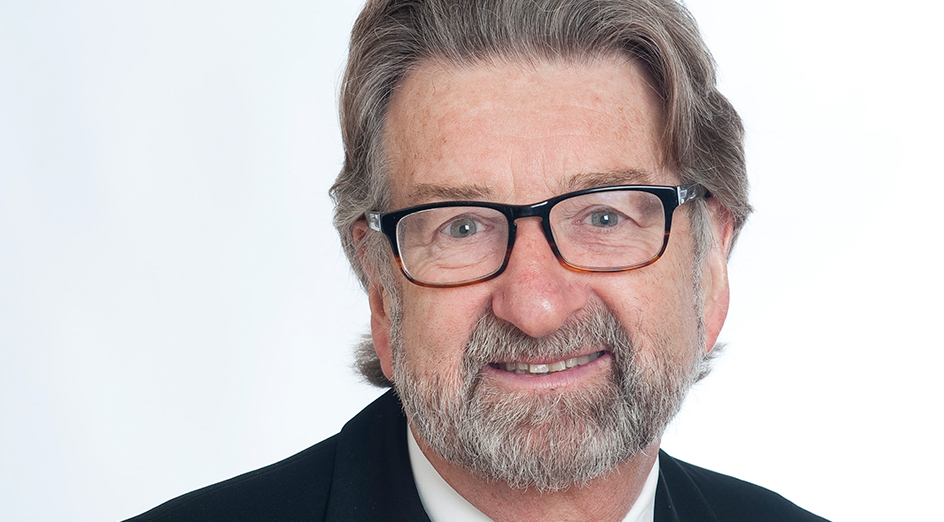