A study by researchers from The University of Western Australia and clinicians from Fiona Stanley Hospital, has found pre-screening of patients before surgery to determine those with anaemia or low iron was vital in reducing surgery costs and improving patient outcomes.

Around 30 per cent of the population has anaemia or iron deficiency, increasing the need for blood transfusions for those patients after surgery, which can lead to complications and longer recovery time.

"This is the first study of its kind to look at the clinical and economic impact of pre-clinics for those who have anaemia and low iron counts in their blood." 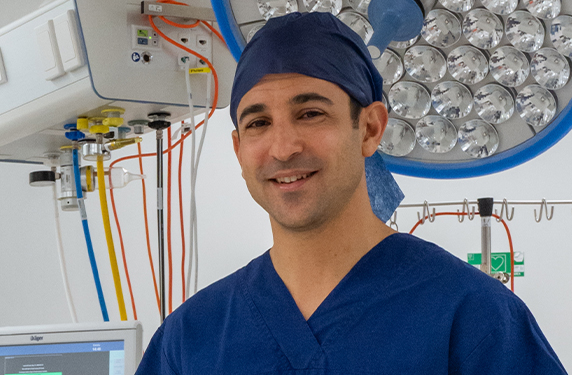 UWA Adjunct Research Fellow Kevin Trentino from UWA’s Faculty of Health and Medical Sciences said industry had been hesitant to use pre-clinics before surgery to identify low blood counts, because of a perception they were costly and required significant resources.

“In this study we analysed the results of an anaemia screening clinic set up at Fiona Stanley Hospital in 2016 in which 441 patients having bowel cancer surgery received blood screening before surgery,” Mr Trentino said.

“We found contrary to common belief, the benefits of pre-screening far outweighed the costs.”

“The Fiona Stanley anaemia screening clinic led to reduced costs of hospital admission, with savings of $3776 per patient, reducing the burden on the health care system,” he said.

“If you think how much hospitalisation costs can be reduced for one patient alone, it’s clear that if extrapolated to the 750,000 elective surgical admissions nationwide the cost savings would be considerable.

“This is the first study of its kind to look at the clinical and economic impact of pre-clinics for those who have anaemia and low iron counts in their blood.”

Fiona Stanley Hospital Consultant Anaesthetist Dr Hamish Mace said while some blood loss in surgery was inevitable, minimising the resultant transfusion and the associated risks was important for clinicians.

“By increasing the patient’s haemoglobin before the operation, our patients were given a major boost going in to surgery,” Dr Mace said.

“Pre-operative treatment with iron also led to an increase in patients’ red cells after the operation, giving them a buffer to avoid transfusion.

“Patients screened and treated by the Fiona Stanley clinic received half the amount of red blood cell transfusions and, as a result, received much better care.”

The researchers hope the results of the study will provide evidence and insights to help the health care system and medical practitioners develop new ways of improving patient care and outcomes for surgery.