Ancient carbon rocketing us into a renewable future

New research by an international team including The University of Western Australia explores carbon as a catalyst in the transport of precious metals from the innermost parts of our planet to its surface.

These rare metals are required in a wide range of new technologies, including renewable energy, super-conductors, medicine and smart phones.

Study co-author Associate Professor Marco Fiorentini, from UWA’s School of Earth Sciences and deputy director of the Centre for Exploration Targeting, said the research offered an exciting insight into the poorly understood source of carbon in the depths of our planet. 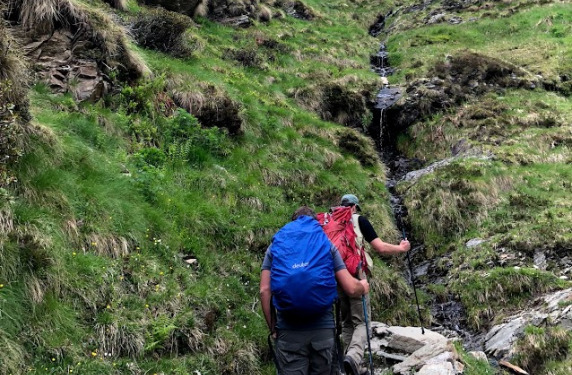 “We generally refer to carbon either as the building block of organic matter, or more generally to carbon-bearing volatile compounds that are directly related to atmospheric processes, influencing climate change,” Professor Fiorentini said.

“This time is different: carbon could have played a key role in helping us transition away from climate change. We propose a physical mechanism that ‘thrusts’ these rare metals hundreds of kilometres up through the depths of our planet.”

Professor Fiorentini was part of an international collaboration of geoscientists that assembled a suite of textural, geochemical and isotopic information from rocks derived from a range of selected localities globally, including the Ivrea Zone natural laboratory.

The Ivrea Zone is at the core of current UWA geoscience investigations, which show an intimate association between carbon-bearing minerals such as carbonate and the metal-rich sulfides.

The paper, published today in Nature Communications addresses the poorly mapped, but hugely important transport of metals from the core and mantle of our planet, into the crust to form rare but valuable deposits of nickel, copper and platinum group elements.

The metals are generally transported in magmas inside mineral phases known as sulfides. However, these sulfides are extremely dense and are not easily transported upwards in magmas ascending from the Earth’s interior.

As a result, scientists have long argued about this conundrum, which hinges on the nature of the physical transport of these metals.

The new data support a model where carbon, as a supercritical CO2 fluid, aids buoyancy and acts as a driver to propel sulfides up into the crust.

This has not previously been recognised due to the general lack of exposures of rocks from such lithospheric depths, and because at shallower levels this carbon-sulfide association will decouple. Carbon is a ‘covert agent’ in this process.

“Think of this carbon like large rockets attached to a space shuttle that provide the initial thrust to get the shuttle off the ground, but they are spent and lost by the time the shuttle reaches its destination,” Professor Fiorentini said.