The Schrader bequest: changing the future of biomedical engineering research

William and Marlene Schrader were both born in rural Western Australia. William (Bill) graduated from UWA in 1933 with a degree in engineering, and considered himself extremely fortunate to have received a free university education.

The couple married during the Second World War, at which time Bill was serving in the Australian Army. After the war ended Bill continued to serve, and led an impressive career in the Australian Defence Force, holding senior positions in the Army Engineering Corps and the rank of Brigadier. Mollie would travel to join Bill during these postings at locations throughout Australia, Asia and the UK.

The Schraders valued Bill's education at UWA and the benefits it bought them. It was the couple's wish that the young people of their home state of WA enjoyed some of the benefits too.

To achieve this, Mollie made provisions in her Will for the establishment of a perpetual trust to provide scholarships and prizes to encourage and further the study of engineering at UWA. To date, nearly $1 million from the trust has gone to support outstanding engineering students. 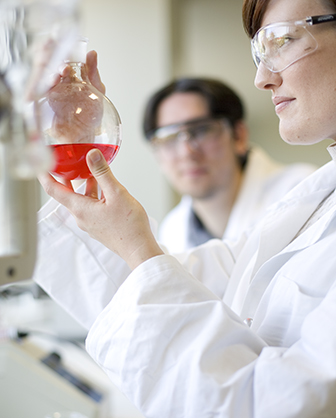 The gift from the Schraders’ has been instrumental in furthering the study of biomedical engineering at UWA.

Previous recipients of the William and Marlene Schrader Postgraduate Scholarship have made great advances in the field. Loretta Scolaro, under the supervision of David Sampson, worked on the award-winning microscope-in-a-needle technology expected to radically improve the safety and effectiveness of cancer surgery. This work was built on by Philip Wijesinghe, whose research is exploring the micro-scale characterisation of soft-tissue mechanics.

How can we help?