Coronavirus anti-vaxxers aren’t a huge threat yet. How do we keep it that way? 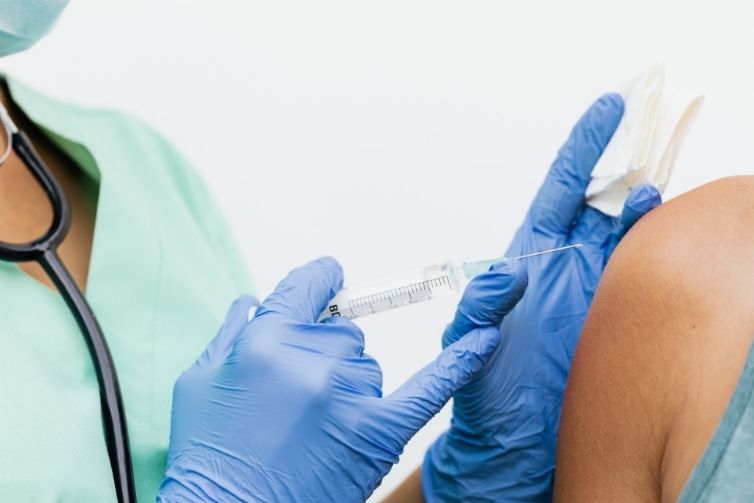 The first I heard of the “Plandemic” video was when a friend shared it on her Facebook. “I’m pro-vaccine,” was her accompanying statement. “And I’m not a conspiracy theorist.”

For those who don’t know, Plandemic is a misinformation-driven viral video that’s garnered much attention in recent days.

It’s spreading numerous falsehoods about the COVID-19 pandemic, including that the virus is “activated” by face masks and hand-washing. And the major conspiracy, or the “plan”, as this article explains, is that:

… a secret society of billionaires around the world are plotting global domination, and they plan to control people through a vaccine.

Perhaps even more worrying is the level of traction such conspiracies receive. More than 100 people gathered in Melbourne last weekend, and some in Sydney, to protest lockdowns, tracking apps, vaccines and the public health philanthropy of billionaire Bill Gates. The protests were reportedly promoted on Facebook anti-vaxxing groups.

While Plandemic’s claims have been thoroughly debunked, my friend is exactly the kind of audience that should have policymakers worried.

Conspiracy theorists – or “conspiracists” – generally take their place in the rich tapestry of life without causing too much trouble.

But with some governments caught off-guard by COVID-19 (making stuff up as they go), and public health experts wielding considerable power, conspiracists have fertile soil to plough. That soil is us.

The general public is uncertain, afraid, and experiencing cognitive impairment from the strain of it all. Governments overseas, most notably the US government, have failed dismally in responding efficiently to COVID-19. This has the potential to devastate citizens’ trust.

In this volatile cocktail, the distinction between what is “batshit crazy” and what is worryingly plausible starts to break down.

Enter the organised anti-vaxxers, aligning with other conspiracists to spread misinformation and lead lockdown protests.

Underpinning their antics is the idea that COVID-19 is a highly organised operation, and also the accusation that governments will use lockdowns to forcibly medicate populations, perhaps with plans to incorporate a mind-controlling microchip in the vaccine.

For those who reject these premises, it’s hard to understand how conspiracists sustain this alternative reality. But for those with long histories of rejecting government and expert authority, it’s completely conceivable.

Many of those who reject vaccines, or strenuously object to COVID-19 health measures, are influenced by interconnected social groups with clear identities. Standing atop a hill of self-ascribed expertise, they can gaze down on the “sheeple” eating from the trough.

Groups that set themselves apart from mainstream society, deliberately and with pride, develop strong in-group identification and take cues from people they perceive to be like them.

That may be why Australia is now seeing freedom-focused anti-lockdown protests you wouldn’t generally expect outside America.

Lockdown protesters remain small in number relative to the wider population. They also lack significant celebrity endorsement in Australia. Even the bizarre communications of disgraced My Kitchen Rules judge Pete Evans have not extended to lockdown resistance.

When it comes to lockdown protesters, it might be best to quietly ignore them, like a parent walking away from their child’s supermarket tantrum.

Ascribing great importance to conspiracists gives them unwarranted publicity, and risks cuing involvement from others who share their goals or opinions.

And lengthening the conversation unnecessarily could sway the minds of undecided onlookers.

That said, damage to public trust because of conspiracies is more complex.

It’s vital for governments to “keep the public’s ear” so they can maintain effective communication about what they are doing and why. This is crucial in retaining broad population support for the necessary health measures.

But they can’t bring everybody. And while dissent is not necessarily unhealthy, the burning question is where dissent leads us.

COVID-19 will likely divide people who have been lumped together by general society as “anti-vax”.

Researchers, myself included, have long argued for more nuanced understandings of vaccine refusers, especially because some remain open to changing their minds.

Some vaccine refusers are likely to find the COVID-19 vaccine is one they don’t want to skip. But for the diehard conspiracists, it’s the endgame.

These people know a large proportion of the population will need to receive it for normal life to resume. But if you believe vaccination to be unsafe, corrupt and toxic, the prospect of being pressured to receive one must be terrifying.

Who is in danger here?

When (or if) a COVID-19 vaccine does come along, will the broader population be able to accept some people’s refusal to vaccinate? There are two answers.

The first is epidemiological. We don’t know how many of us will need to be vaccinated, but the figure for other diseases such as measles is as high as 95%.

Also, as some people can’t be vaccinated for medical reasons and governments may struggle to reach some disadvantaged populations, the remaining 5% leaves little wiggle room for vaccine refusal within the wider population. If there is room for refusal, there isn’t much.

This brings us to the second, political, answer.

If anti-vaccination propagandists achieve widespread community resistance to government power, there will be many more of them than our vaccine coverage goals can tolerate. This will likely result in more coercive policies from governments.

In Australia and California, populations and governments have previously supported crackdowns on vaccine refusers precisely because these activists behaved in reprehensible ways, or because they made it easy for the majority to construct them as a hated group in need of punishment.

So remember, when we walk away from a child having a tantrum in a supermarket, we are also saving them from themselves - even if they can’t appreciate it.