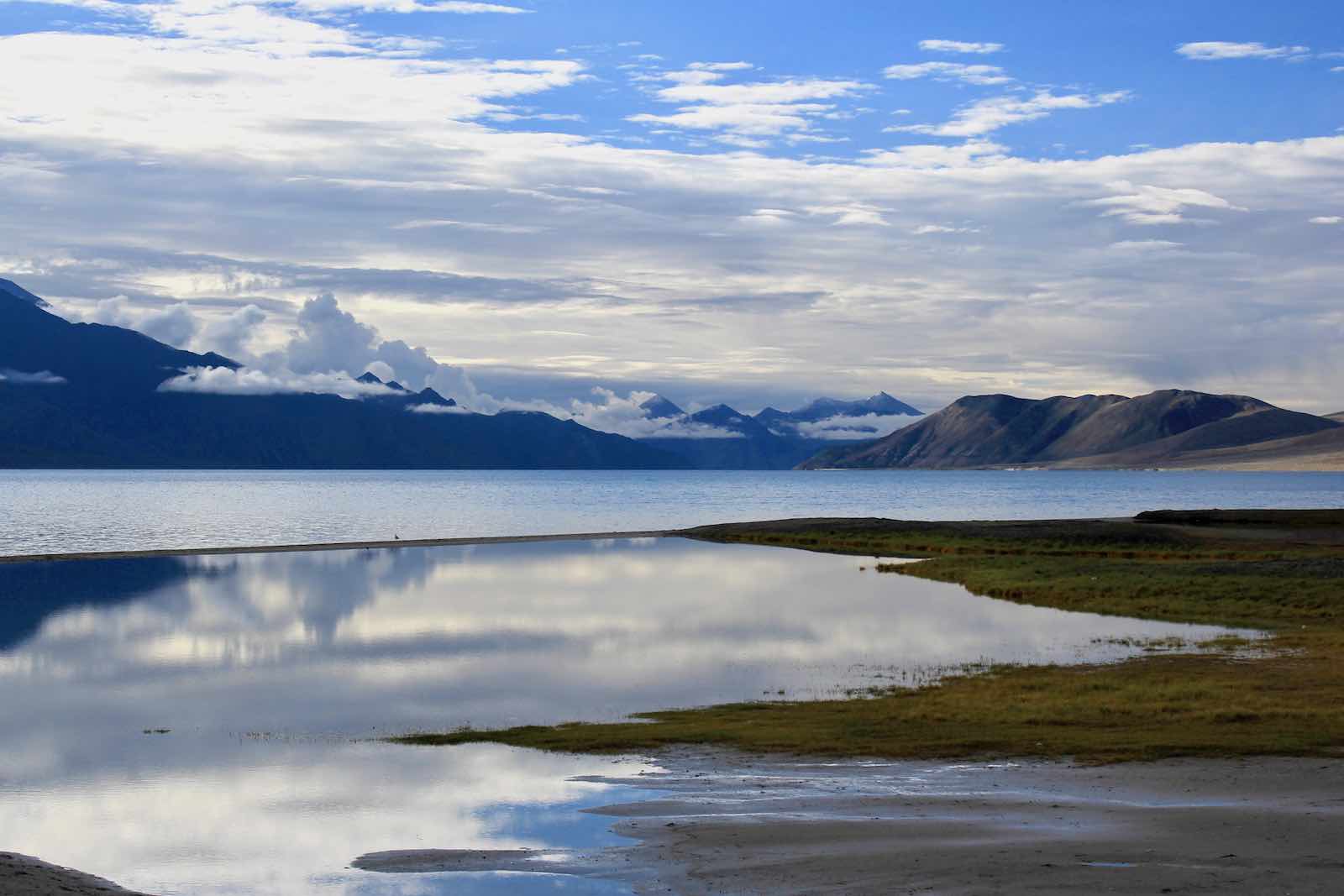 This article first appeared in The Interpreter on 1 June 2020, published by the Lowy Institute and written by Alexander Davis and Ruth Gamble.

The recent territorial disputes in the Himalaya have a long history. They also imperil the future of a fragile place.

India-China tensions have recently escalated at two Himalayan flashpoints: Ladakh and Sikkim. On 5 May, scuffles broke out between Chinese and Indian soldiers near Pangong Tso, a lake that straddles the border in Ladakh. At the same time, there were skirmishes near Nathu La, a mountain pass that marks the border in Sikkim. 10,000 Chinese soldiers are thought to remain camped at Pangong Tso, Galwan Valley and Demchok in Ladakh, and near Nathu La in Sikkim.

These tensions are depressingly familiar. The concern, however, is not just military. It is also environmental and social. Ladakh sits at the headwaters of the Indus River, and Nathu La is within the Brahmaputra River Basin. These clashes risk damaging fragile Himalayan watersheds. Moreover, the region’s history of conflict has transformed its societies and cultures. Both border regions host large Chinese and Indian army contingents. As Ladakh sits on a trilateral India-China-Pakistan dispute, its residents live alongside three militaries.

The territorial claims to Ladakh rest on competing readings of historical treaties. The Treaty of Tingmosgang, for example, has been used by India to claim Ladakh, as it describes a distinction between Ladakh and Tibet. Ladakh and Tibet shared a boundary more than 1000 kilometres long. The treaty actually defines it as one checkpost, at the Lhari Stream near Demchok.

This variance is reflected in the multiple meanings of the Ladakhi-Tibetan word the treaty used to describe the boundary, mtshams. It means “boundary”, but it also means “meeting place”, suggesting that trade could be monitored, and, if needed, movement could be checked. Only large groups of people on state business were required to ask permission to cross the mountain pass.

There is no way to “win” the situation in Ladakh and Sikkim. Upping the ante leads to more environmental and cultural destruction.

The treaty’s priority was the establishment of trade agreements between Tibetans, Ladakhis and Kashmiris. Rather than enforcing the border, the treaty emphasised the commonalities and exchanges between three connected communities.

India’s claim is further based on the boundaries of the Dogra Empire. The Tibetans, Ladakhis and Dogra signed a treaty in Leh in 1842. It likewise focused on trade and religious exchange. It left trade in the hands of Ladakhis and reaffirmed the post at Demchok.

When the British established the Princely State of Jammu and Kashmir in conjunction with the Dogra rulers, Ladakh was placed within it. However, its historic role in trade was maintained. The British did not keep a military presence in Ladakh, and the Dogra emissaries ruled it through a limited, primarily summertime, bureaucracy.

With independence, India and Pakistan fought over the region. Many Buddhist Ladakhis developed a strong sympathy for the Indian state, which removed the Pakistan-backed militia from their villages and promised them economic protection and religious freedom.

Ladakh’s transformation into a border region only intensified in the following decade leading up to the Sino-Indian war of 1962. The Chinese Communist Party declared the People’s Republic of China (PRC) in 1949, annexed Tibet during the 1950s and pushed west to establish a border with India in Ladakh and Sikkim.

Neither the PRC nor India – nor their imperial predecessors – had occupied or even completely surveyed the border regions. India began to draw maps reproducing the largest territorial claims made (but not substantiated) by British cartographers. They claimed the uninhabited Aksai Chin, and areas controlled by Pakistan. The Chinese countered, producing maps that included Aksai Chin, parts of Ladakh, and areas of Indian-held territories in the Eastern Himalaya.

All such maps were disconnected from local histories of trade, religious and marital connection across the region. 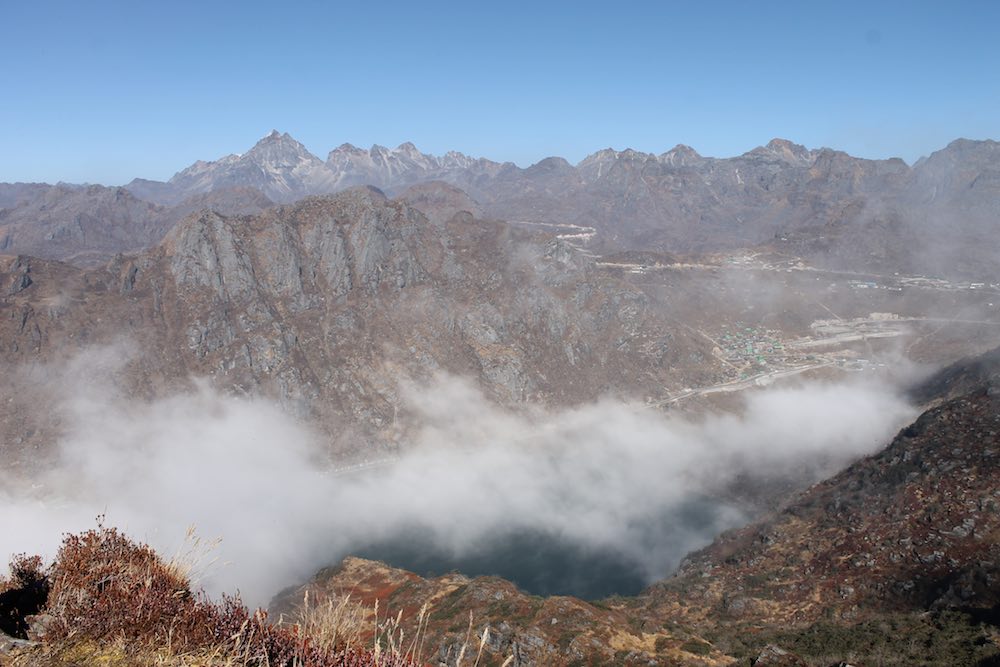 The 1999 Kargil conflict was, from a local perspective, the first time India and Pakistan had fought in the region since the 1940s. Pakistani troops occupied guard posts that had been vacated by the Indian army for the winter. The Indian Army learned from the conflict never to withdraw from the border. The three armies became further entrenched in place, and militarised the fragile Siachen glacier. Subsequently, Indian, Chinese and Pakistani soldiers have taken to occupying the Western Himalayan ice pack all year round. It is likely this lesson will be reinforced by these recent events.

These mutual cartographic anxieties maintain divide-and-rule strategies over the Himalaya. They have resulted in the slow-burning cultural and environmental destruction of Ladakh and Sikkim.

India-China-Pakistan tension has ended Ladakh’s historic role in trade, leaving it dependent on tourism. Leh’s population doubles during the tourist season. The coronavirus pandemic will likely devastate its tourist season this year.

Attempts to establish lineal borders at these uninhabitable altitudes, wherever those borders might fall, has produced decades of conflict, blocked Ladakh’s high passes, placed environmental stresses on its fragile ecology and strained communal harmony. Another India-China war is unlikely. Regardless, the state of frozen conflict has dispossessed local communities, eroded cultural autonomy and profoundly stressed the region’s fragile ecology.

The standoffs at Ladakh and Sikkim continue this centuries-long history. There is no way to “win” the situation in Ladakh and Sikkim. Upping the ante leads to more environmental and cultural destruction. The status quo was already accomplishing this.

Regardless of the military result, the main losers of this situation are the people and environments of Ladakh and Sikkim.