Where do southern right whales feed over summer?

Researchers are working to discover where southern right whales go to feed over summer after coming to Australian shores to breed and calve during winter.

Dr Kate Sprogis, a marine mammal researcher based at The University of Western Australia’s Albany Campus, said unlike humpback whales, who migrated from coast to coast and feed in Antarctic waters, the foraging grounds of the southern right whales were lesser known.

“We have some hints of where they go – historical whaling data, or from photographic matches to Antarctica from the 1990s – but the Southern Ocean is changing rapidly, and these whales might be modifying their behaviour to match shifts in their favourite foods of small crustaceans and krill,” Dr Sprogis said. 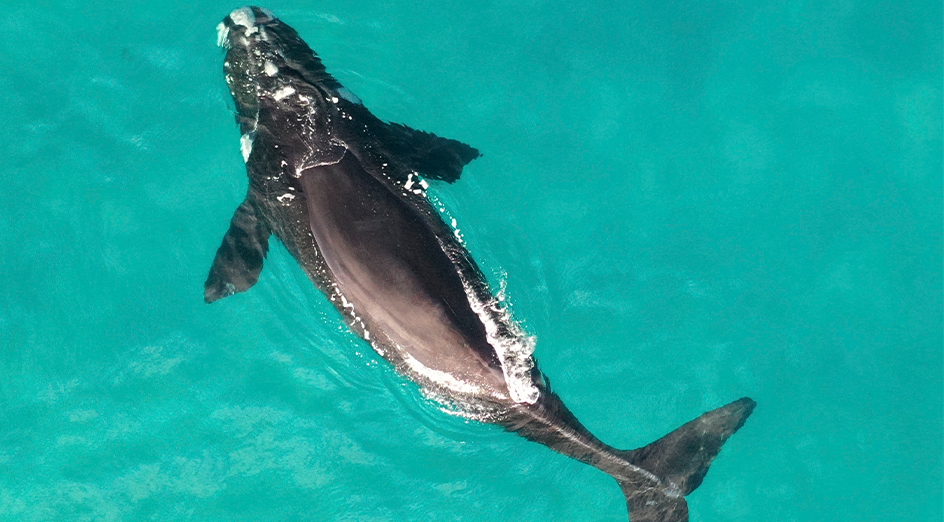 Dr Sprogis, from UWA’s School of Agriculture and Environment, is working with Associate Professor Emma Carroll, from The University of Auckland, Honorary Professor Robert Harcourt, from Macquarie University and Dr Nick Gales, Australia’s International Whaling Commission Commissioner, on the project with the WA Department of Biodiversity, Conservation and Attractions and First Nations peoples.

“The Australian work is part of an international collaboration tagging southern right whales around the Southern Ocean, including in New Zealand, South Africa and South America,” Dr Carroll said.

“We have tagged 25 southern right whales over the past three years in the Auckland Islands, in the New Zealand subantarctic.

“The satellite track data provides a unique insight into the lives of these endangered whales, and can reveal some surprises — a whale called Bill captured the public’s attention when he travelled a third of the way round the world and back again over the course of a year.”

Researchers are satellite tagging southern right whale off the south-west coast of WA this September, as it is currently the only way to get information on foraging grounds.

“It’s amazing that we know so little about half the life of these whales,” Dr Sprogis said. “The Southern Ocean is just so vast, and it is a difficult environment to work in.”

Researchers hope to discover where the whales go to feed off Australia and if they are mixing with the New Zealand whales who are travelling long distances, some basically south of Albany.