Canola pre-breeding at UWA has been supported by NPZ since 2002 and has resulted in more than 37 valuable commercial canola cultivars for Australian farmers.

These canola varieties have contributed to development of the Australian canola industry from a small unreliable crop in 2001 to the third-most valuable crop in Australia in 2021, when more than six million tonnes were harvested in Australia. 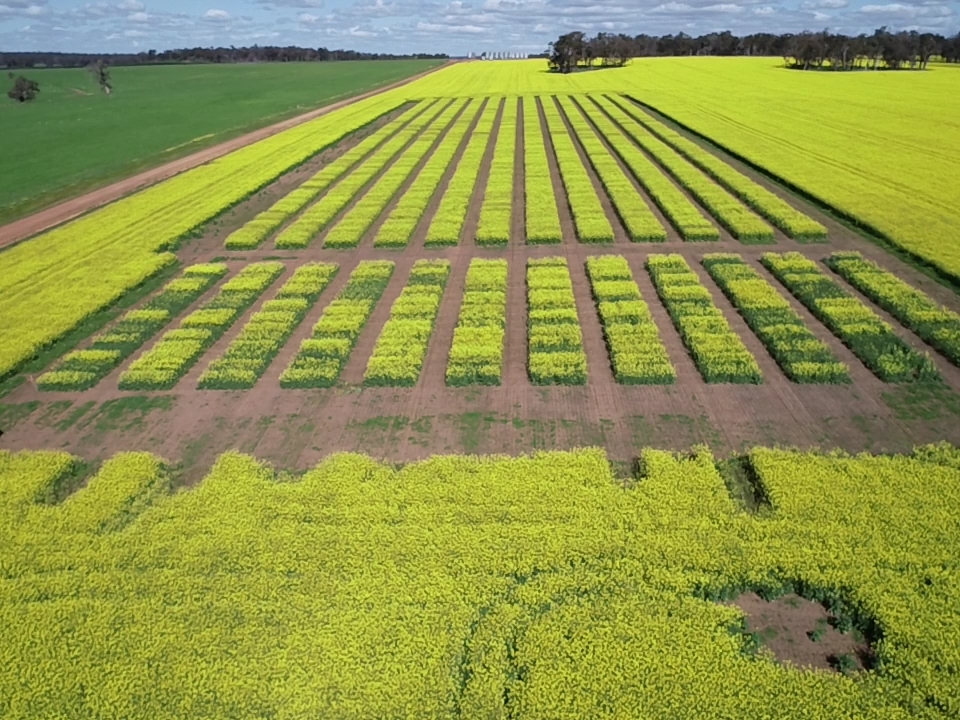 Initially, NPZ and UWA were partners in Canola Breeders Western Australia Pty Ltd (CBWA) together with the Grains Research and Development Corporation and the Council of Grain Grower Organisations Ltd.

CBWA was formed in response to a growing demand by farmers for improved canola varieties adapted to local conditions.

In 2013 the CBWA breeding program was purchased by NPZ and new varieties were released subsequently through NPZ’s commercial license partners in Australia (BASF, Seed Force, and Pioneer® Brand Seeds) as well as partners in South Africa. 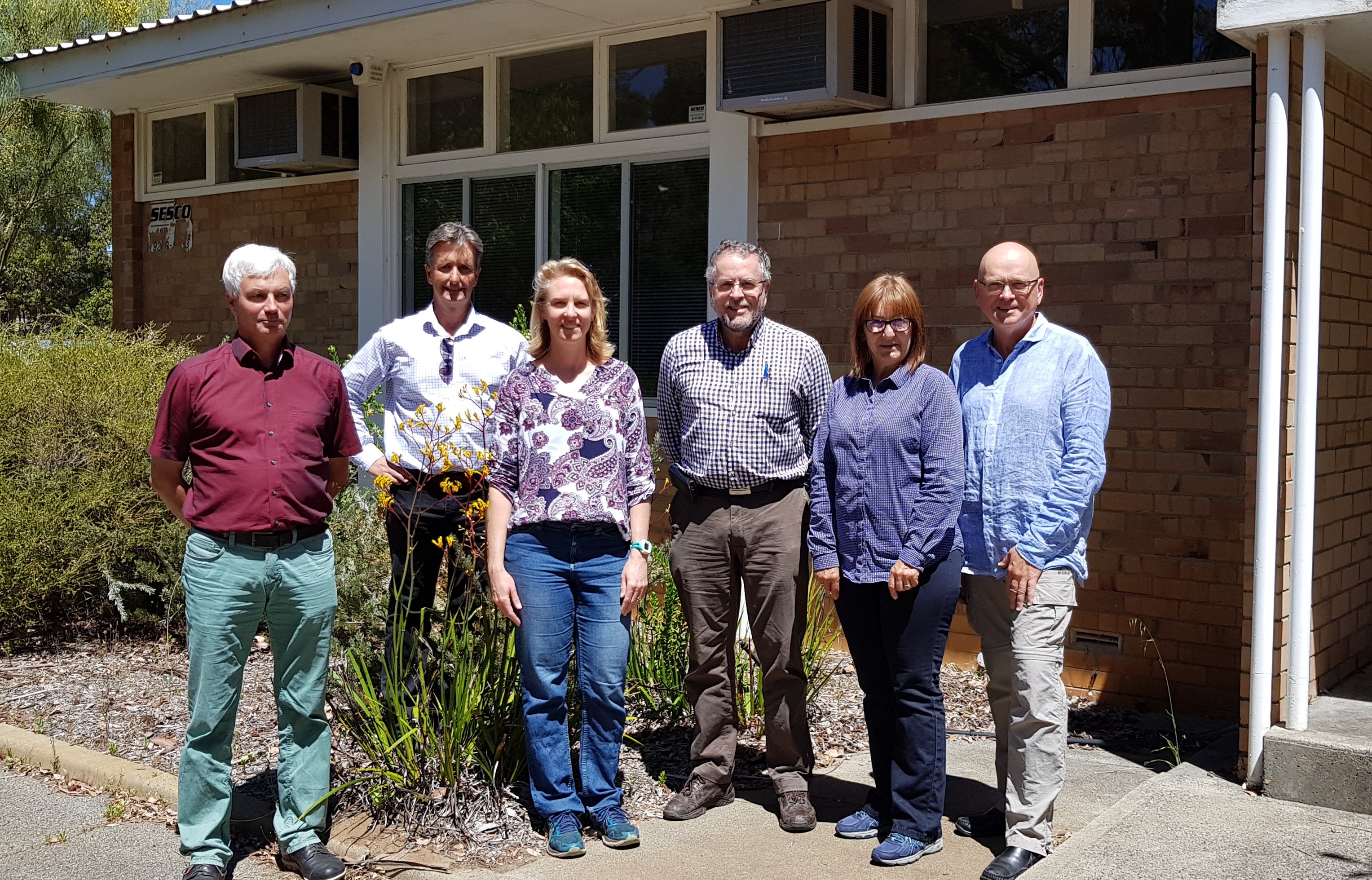 The UWA Institute of Agriculture Associate Director Wallace Cowling said NPZ had also been a strong supporter of teaching and research training in plant breeding at UWA.

“Research projects sponsored by NPZ at UWA have funded a high proportion of my salary and provided valuable training for UWA postgraduate students and staff, several of whom have gone onto successful careers in industry and academia,” Professor Cowling said.

“In addition, UWA researchers have published more than 20 papers on plant breeding in international journals where NPZ is acknowledged as a major research funder.”

Of the 37 major canola varieties released in Australia, 28 were hybrids including the world’s first triazine tolerant (TT) canola hybrid Jardee, released in 2008.

“These varieties have had a major impact on the Australian canola production especially through the transition of the important TT herbicide segment to more productive, stable and disease tolerant hybrids,” Professor Cowling said.

“The Australian canola industry continues to grow in production and value, and UWA and NPZ can be proud of their role in helping this growth.” 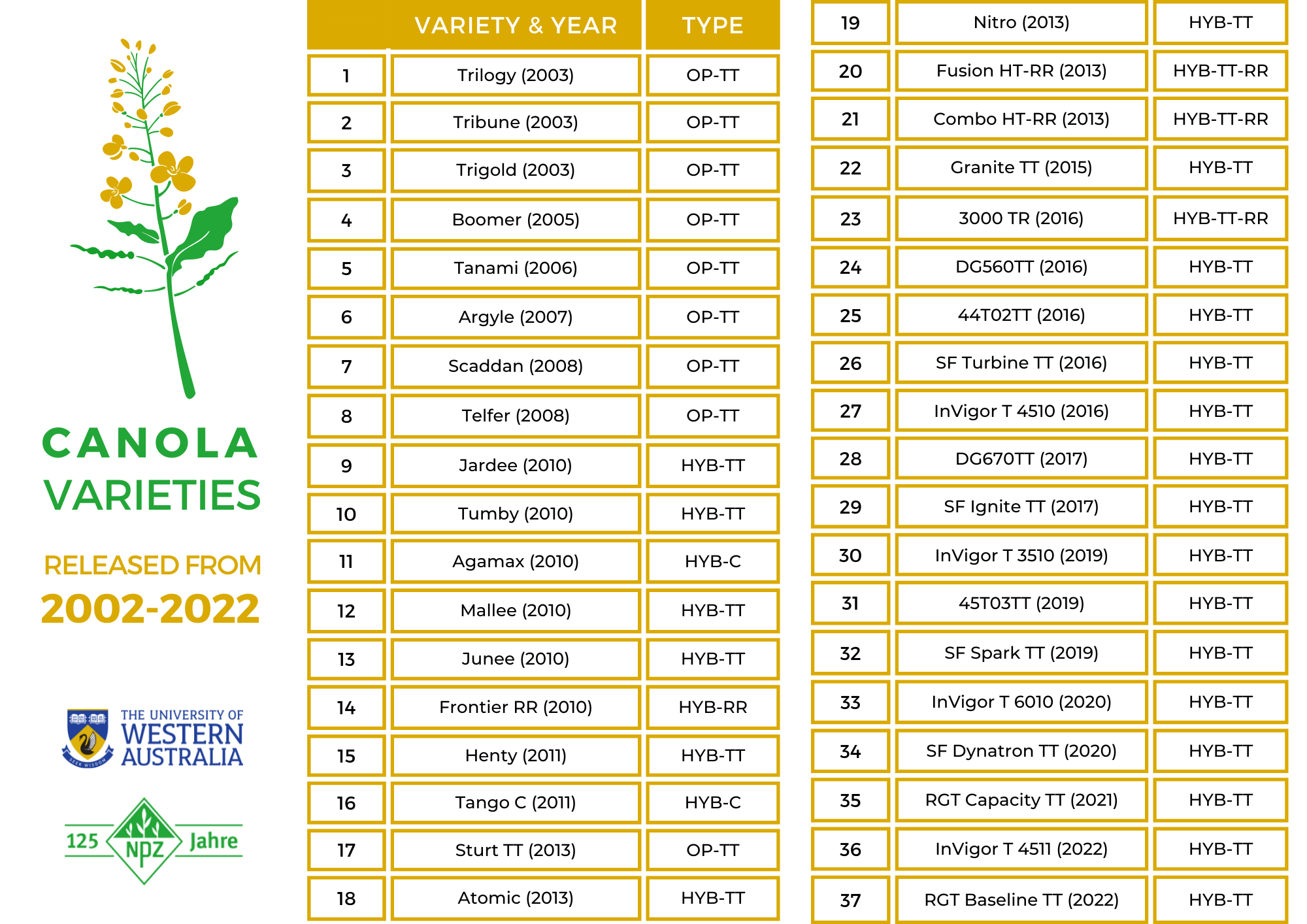