This article by Amin Saikal, an Adjunct Professor of Social Sciences at The University of Western Australia, originally appeared in The Strategist on August 31.

As the Russo-Ukraine conflict continues with no resolution in sight, we are painfully reminded of not only the horror of war, but also how often major powers’ interventionism, for whatever objective, hasn’t paid off. These powers have repeatedly failed to learn from the futility of their past adventures to avoid future ones. Counterproductivity has often become the hallmark of their efforts.

To look at some of the recent episodes, every US interventionist military campaign from Vietnam to Iraq to Afghanistan ended in disaster for the country’s people and humiliation for America. The same applied to the US’s Cold War rival, the Soviet Union, especially in relation to its invasion of Afghanistan.

The US walked out of the targeted countries after years of fighting at very high human and financial costs without achieving the ideological and geopolitical objectives that had driven it in the name of freedom and democracy. It left behind countries that were broken and at the mercy of the very forces the US had sought to defeat.

South Vietnam was reunited with the communist north, and Iraq was freed of Saddam Hussein’s dictatorship but at what cost? The country fell prey to rival ethno-sectarian groups and America’s arch regional adversary, the Islamic Republic of Iran, which Washington has bitterly sought to contain. As for Afghanistan, the US’s two-decade-long occupation ended in parallel to the Vietnam fiasco and arguably worse than that.

The US, backed by its allies, went to Afghanistan to uproot al-Qaeda’s terrorist network and its Taliban protectors in the context of a wider ‘war on terror’. In the end it found it necessary to extract itself from the ‘Afghan trap’ by letting those forces to return to power. So much for Washington’s promise of liberating the people of Afghanistan from the clinches of terrorists and transforming it into a viable allied state. 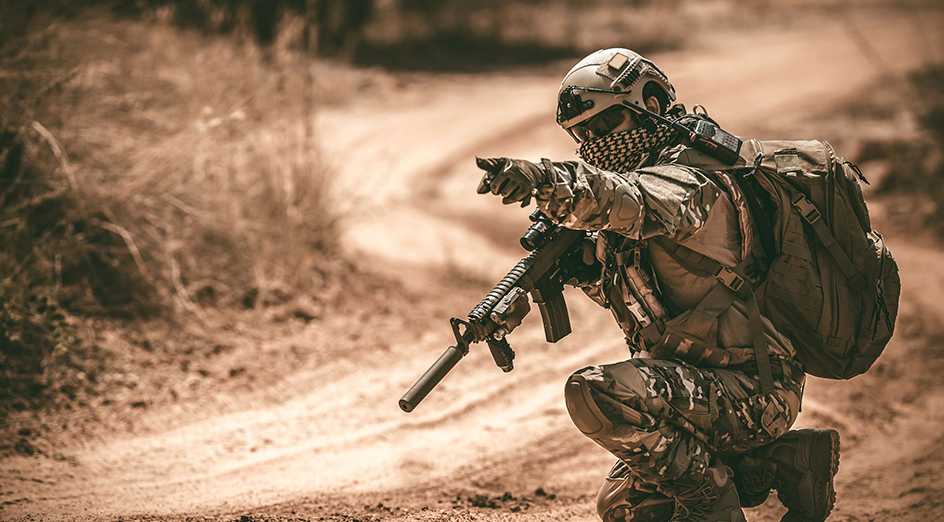 The 1979 Soviet invasion of Afghanistan tells a similar story. It was undertaken ostensibly to save Afghanistan from falling into the hands of US-backed mujahideen (Islamic warriors) and to lead it down the path of a vibrant transformative socialist ally. After a decade of quagmire, the Soviets were forced to retreat, leaving the country in a state that saw further devastation under the rule of the rival mujahideen groups and the Pakistan-backed, al-Qaeda allied, medievalist Taliban.

Whereas the resourceful US could cope with its losses, the USSR buckled under the cost of the Afghan war, given its economic and social fragility. The Soviet invasion provided the US and its allies with a unique opportunity to ensure that the USSR was defeated in a manner that would contribute to its disintegration in 1991—partly payback for the Soviets’ support of North Vietnam against the US in the Vietnam War.

One would have expected Vladimir Putin to have learned from the failed US and Soviet adventurism. But he has proved to be a poor student of history. While he was able to get away with his past interventionist gains in Syria, Georgia and Ukraine, his all-out invasion of Ukraine in February has proved intolerable for the US and its NATO allies. It manifests enormous similarity to the Soviet Afghanistan adventure. Russia is now entangled in a war of attrition as the Soviet Union and the United States experienced in Afghanistan. Not only have the Ukrainians demonstrated the necessary will and capability to fight to the bitter end, but also the West is availed the opportunity to entrap Russia in a protracted and costly war to degrade its capacity to act as a major power.

As is often the case with autocrats, Putin thought that his military build-up over the past two decades and Russia’s nuclear prowess were sufficient to enable him to subjugate Ukraine. But he must be sorely disappointed to see that his military is confounding his expectations and that his nuclear sabre-rattling is not a practical option, as he himself said that no one can win a nuclear war. He has now led Russia into a war from which it is bound to emerge weaker in terms of its economy, standard of living and international standing, almost in parallel to what his Soviet predecessors experienced as a result of their Afghanistan enterprise.

Putin’s Ukraine war and related weaponisation of Russia’s natural resources, oil and gas in particular, and the spoilage of Ukrainian agrarian products have certainly been costly and inflationary for the world. Yet, they are not likely to have as devasting implications for the globe as the war will have for Russia in the long run. Putin cannot now be expected to back down, but the longer the war continues the more damaging it will be to Russia.

Instead of listening to his ally Alexander Dugin’s misplaced nationalist ideological views, Putin should have learned more from history about the risks of major-power interventionism.