Ocean forests discovered to be as productive as the Amazon

A global study led by a team from The University of Western Australia has found ocean forests are among the most productive ecosystems on Earth.

“We found that, unlike on land where forest productivity peaks in tropical rainforests, productivity in the sea peaked around temperate regions, which are usually bathed in cool, nutrient-rich water."

Ocean forests are formed by kelps, a type of brown seaweed that can grow to heights of 35 metres. Kelps grow by capturing the sun’s energy and carbon dioxide through photosynthesis.

“Figuring out exactly how much these hidden forests grow across the globe was no easy task,” Dr Pessarrodona said.

“On land, we can use satellites to measure tree growth, but underwater things are much more complicated as most satellites cannot make measurements at the depths kelp forests are found.”

To solve this issue, the team compiled data from hundreds of studies and sites across the world where productivity has been measured by SCUBA divers.  The findings were used to model how productivity changes with variables such as temperature, light, nutrients and wave exposure. 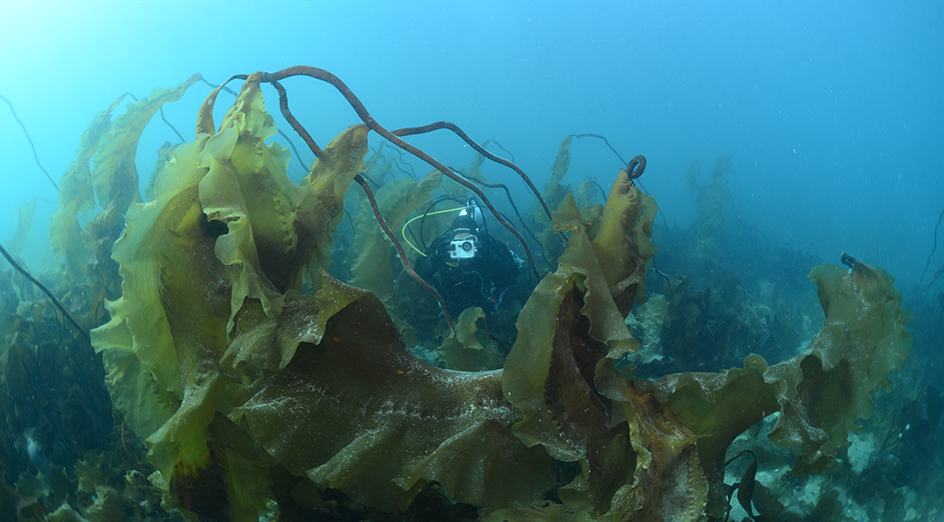 “We found that, unlike on land where forest productivity peaks in tropical rainforests, productivity in the sea peaked around temperate regions, which are usually bathed in cool, nutrient-rich water,” he said.

Some of the most productive ocean forests included the Great African Sea Forest, which stretches around the southern tip of Africa; and the Great Southern Reef, a system of kelp-dominated reefs that covers the bottom third of Australia. These two forests produce up to four times more biomass than most of the crops we cultivate today.

Harnessing the immense productivity of kelps could help meet the world’s future food security, with the study providing insights as to where greatest growth can be expected when scaling up seaweed aquaculture in coastal areas.

The productivity of ocean forests also means they assimilate great quantities of carbon dioxide from the atmosphere, and could play an overlooked role in climate change mitigation if some of that carbon ends up being sequestered.

Credit for image at top of page: Dan Smale