Students from Christ Church Grammar School and Perth Modern School have taken out the top individual and teams prizes in WA’s Maths Olympiad hosted by The University of Western Australia.

The prizes were awarded on the weekend following a competition organised at UWA, which involved almost 500 individual competitors and 116 teams from 25 schools. 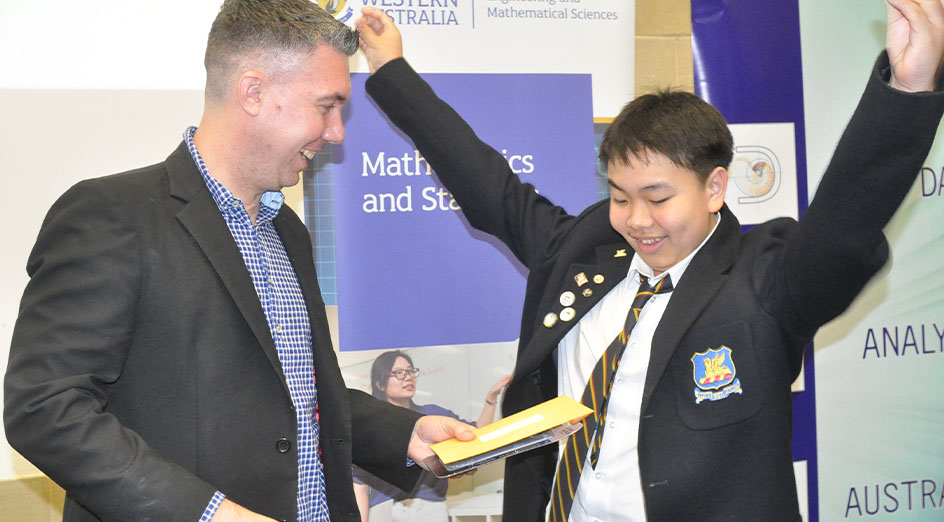 The competition, where calculators are banned and the emphasis is on ‘brains only’, aims to identify the top young maths students in the State in years seven, eight and nine.

“Every year, the Olympiad offers an opportunity for students to solve fun mathematical problems, different from what they do at school, in a competitive but friendly atmosphere,” Associate Professor Devillers said.

“We are very happy with the increasing success of this event and in particular with the number of girls who won individual prizes this year which is significantly higher than in recent years.”

Organisers of the event have provided answers to the competition’s questions here.