Australia’s remote Christmas and Cocos-Keeling islands are now magnets for bird watchers and wind surfers but a new book has revealed the tumultuous years before settlement when Dutch ships visited and sometimes ran aground.

An elephant tusk, discovered on the Cocos atoll in the 1980s, provided a clue to an ill-fated visit several centuries earlier.

It records the first sightings of the Cocos Islands by Dutch mariners who often stopped at Indian Ocean islands to collect coconuts and feed on sea birds. 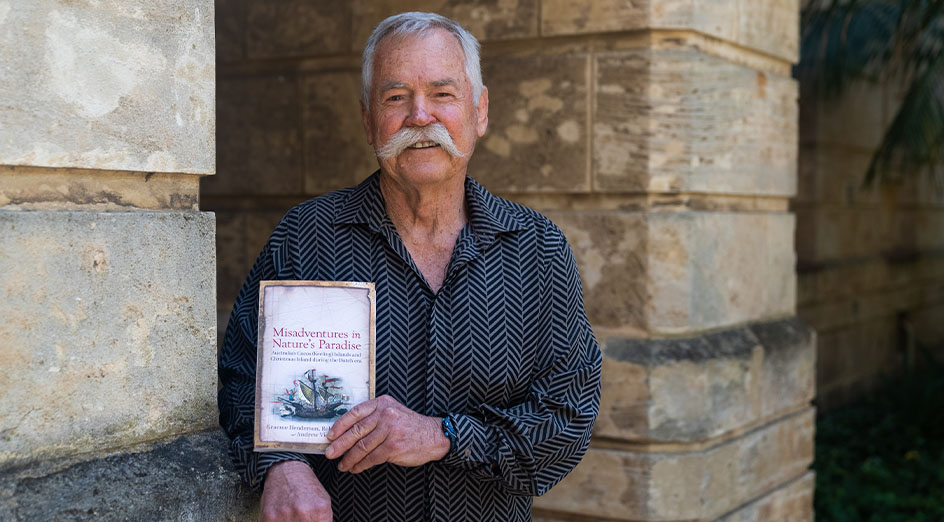 Mr Henderson said previous books had focused on the history of Cocos-Keeling and Christmas islands after settlement but these islands had rich histories before that time, including castaways from a Dutch ship becoming marooned at Christmas Island for 52 days.

“We are dealing with the period of history when there were a lot of ships going by, with some stopping, but not staying,” Mr Henderson said.

“Earlier Indian Ocean mariners would head south from Java and the Maldives, but not too far south, and then later the Dutch changed their trading route closer to the Cocos and Christmas islands and found there were fewer dangers than when they came up the WA coast.

“But they were very late in being settled compared to other islands around the world.”

One of the most famous visitors to Cocos-Keeling Islands was naturalist Charles Darwin who researched coral reefs in the Indian Ocean atolls in 1836.

Mr Henderson said Christmas Island’s jagged, treacherous coastline and the isolation of Cocos Islands were part of the reason the islands were not inhabited before the 1800s.

Misadventures in Nature’s Paradise, which was released in conjunction with the UWA Oceans Institute, can be ordered here from UWA Publishing.

Arts and culture
International affairs
Our community
Our people