For the first time in Australia, archaeobotany has been used by researchers from The University of Western Australia to examine charcoal from ancient campfires in the Western Desert.

Led by UWA PhD candidate Chae Byrne, the research was the first of its kind in the region and examined charcoal from ancient campfires in desert rock shelters to learn about the earliest uses of firewood in Karnatukul (Serpents Glen) in Katjarra (the Carnarvon Ranges)

Wattle and other Acacias were found in the oldest archaeological site on the land of the Martu in the Western Desert. It showed how wattle has defined culture and been important to Australians for over 50,000 years.

“Wattle was critical to the lives of the Martu and essential to the habitability of the arid landscape of the sandplains and rocky ridges of the Western Desert – and it still is,” Ms Byrne said.

“Then and now, wattle has been used as firewood, to make tools, as food and as medicine.” 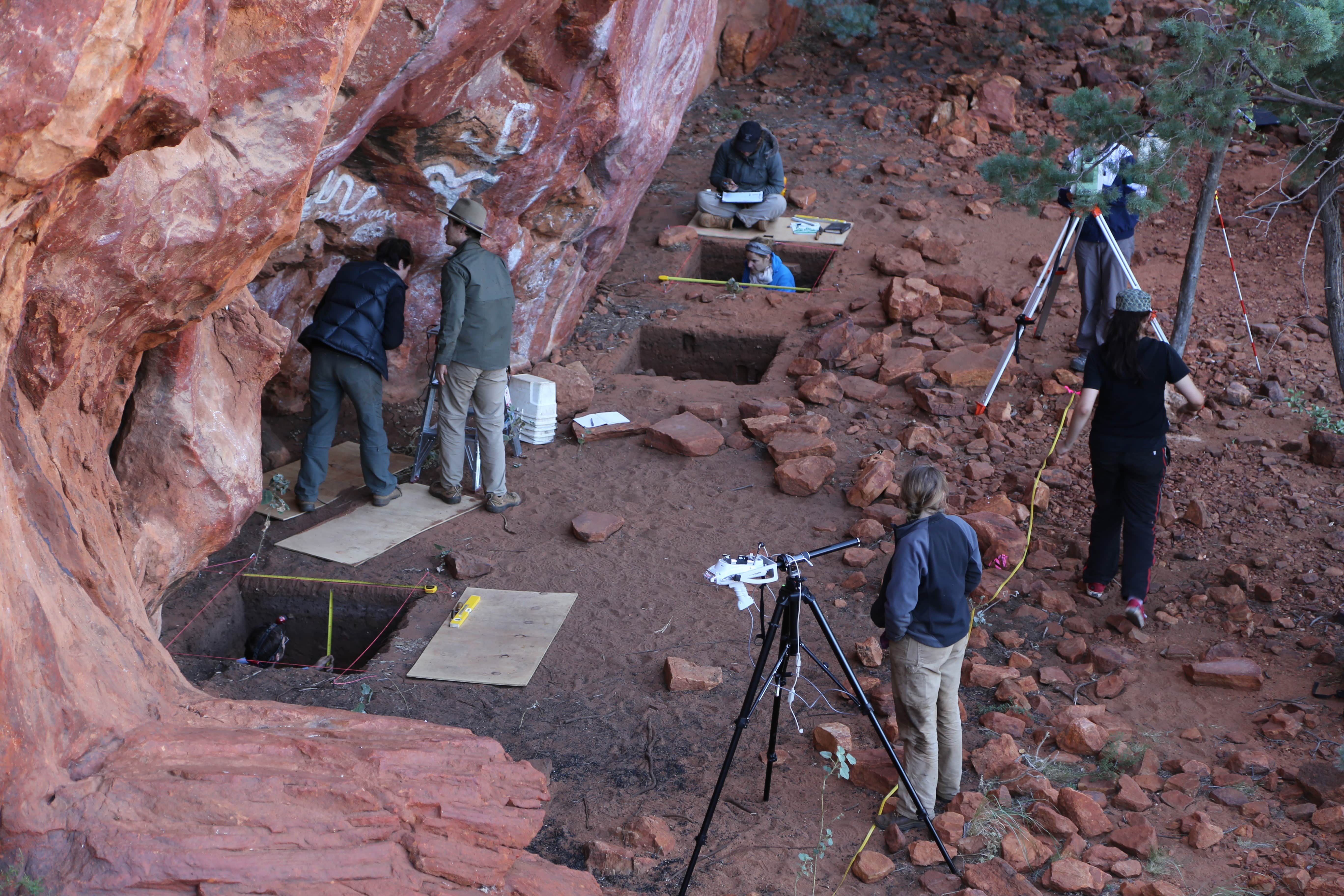 Image: Wattle and other Acacias were found in the oldest archaeological site on the land of the Martu in the Western Desert.

The study confirmed that early Indigenous explorers settled in this arid part of the country, even during changes in climate which saw widespread drought and desertification as sea levels dropped when the polar ice sheets grew.

The study also found that wattle and other acacias have been a constant, dependable resources, crucial to the habitability of an otherwise arid and harsh environment.

Ms Byrne and the research team worked closely with Traditional Owners of the region, who shared their knowledge about the many uses for wattle and other plants.

“I have walked in Country with Traditional Owners who have been kind enough to share their knowledge surrounding the many uses for the vegetation which surround us,” Ms Byrne said.

“They have taught me that there is a purpose and significance for every type of tree and bush; an ancient grocer and pharmacy which has provided and prospered for tens of thousands of years.”

The researchers sampled trees growing in the region today, which could then be compared to ancient charcoal fragments from campfires in archaeological sites.

“Looking at plant remains is particularly useful in studying Australian Indigenous heritage, given the persistent importance of natural resources like trees and the rarity of other cultural remains in the deep time record,” Ms Byrne said.

“There’s so much we can learn from charcoal, not just about the people that produced it but also in environmental science and climate change.”

Ms Byrne was a finalist in Fresh Science, a national competition helping early career researchers find, and then share, their stories of discovery.