Should we bring back the thylacine? We asked 5 experts

In a newly announced partnership with Texas biotech company Colossal Biosciences, Australian researchers are hoping their dream to bring back the extinct thylacine is a “giant leap” closer to fruition.

Scientists at University of Melbourne’s TIGRR Lab (Thylacine Integrated Genetic Restoration Research) believe the new partnership, which brings Colossal’s expertise in CRISPR gene editing on board, could result in the first baby thylacine within a decade.

The genetic engineering firm made headlines in 2021 with the announcement of an ambitious plan to bring back something akin to the woolly mammoth, by producing elephant-mammoth hybrids or “mammophants”.

But de-extinction, as this type of research is known, is a highly controversial field. It’s often criticised for attempts at “playing God” or drawing attention away from the conservation of living species. So, should we bring back the thylacine? We asked five experts. 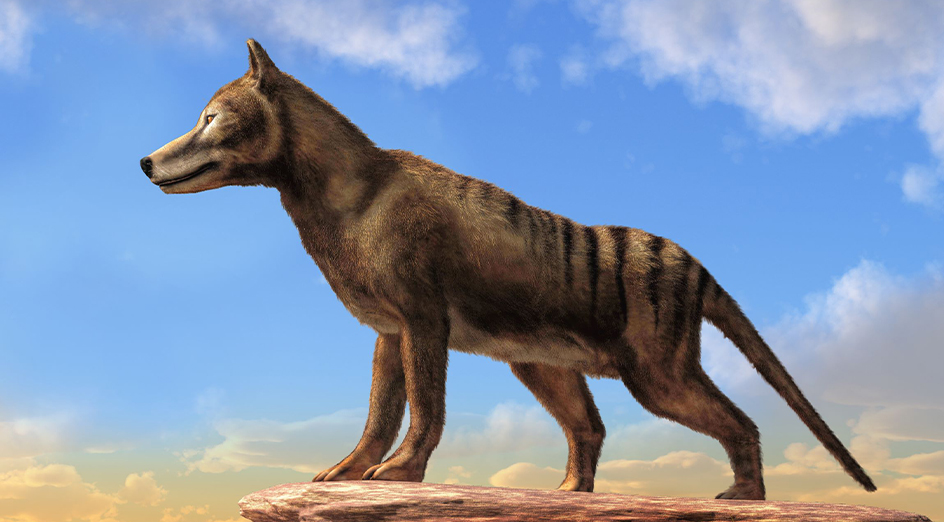 YES, with a “but” (more on that shortly). The thylacine is one of the most tragic stories of the modern era, being actively hunted to extinction through a government bounty scheme. Unlike other extinct species, the thylacine was eradicated less than 100 years ago. Its habitat and ecological environment that it once thrived in is still intact.

I think we have an obligation to do everything in our power to bring back this remarkable animal, particularly as our forebearers were the direct cause of its disappearance. However, we also have an ethical and moral responsibility to ensure that the animal we resurrect is a 99%+ thylacine and not an almost-thylacine hybrid.

The largest challenge of this endeavour is reconstructing the genome of an extinct species without access to any living tissue (the difference between de-extinction and cloning). This equates to putting together a 3-billion-piece puzzle, with our hands tied behind our back.

Inevitably some argue that money used on this project could be put to better use through actively preserving habitats of animals on the brink. But this project will have enormous conservation benefits to already threatened species, and has the potential to generate significant advancements to human health.

The crux of this is through producing the genetic tools and methods to edit the DNA of stem cells, and then turn those stem cells back into an animal. This technology will not only meet our end goal of turning a surrogate marsupial cell into a thylacine, but in the process allow us to reintroduce genetic diversity into endangered populations. We could take bio-banked tissues of rare, endangered species, and produce animals to be reintroduced into the environment to increase beneficial genetic diversity. Not only this, but the work could be applied for targeted gene therapy to correct mutations underlying human health and cancer.

So, should we bring the thylacine back, yes. Not only for the fate of this incredible, lost species, but also the significant benefits this project will produce for humanity as a whole. As long as we keep the moral and ethical considerations at the forefront, we have an opportunity to correct the wrongs of the past.

MAYBE. It depends on the complex risks re-introductions of extinct species would have on our current ecosystems. Will such risks outweigh the potential benefits and fear unsuccessful environmental management actions?

Earlier this year, our DNA Zoo Australia team completed a chromosome-length 3D genome map of thylacine's closest living relative: the numbat. This raised the tantalising prospect of piecing together the thylacine’s genetic sequence, which in turn would offer the possibility of reintroducing one of Australia’s most iconic lost species.

But the big question our team faced was: shall we go after resurrecting the dead, or help numbats first? Numbats are now struggling and on the verge of extinction, with fewer than 1,000 numbats left in the wild and the species officially listed as endangered. The answer was simple: focus on what we have first.

We live in exciting times when biotechnology offers various promising alternatives for achieving this purpose, and probably a better use of these techniques will be towards preserving critically endangered species on the verge of extinction.

In my opinion, focusing on de-extinction could compromise biodiversity conservation by diverting resources from preserving ecosystems and preventing newer extinctions. It is no trivial work in terms of resources and skills required to revive an extinct animal; given the low level of investments into conservation research, we need to be very careful as a scientific community to not prioritise preservation over resurrection.

MAYBE. There is much to consider with such an ambitious project. Most importantly, we must greatly increase efforts to save and recover living species, and it’s simply far cheaper and easier to conserve what we have than to attempt to resurrect species and their ecological roles.

This requires confronting the many causes for species decline & extinction, and, broadly speaking, our unsuitable existence and inability to share this planet with other species.

At current rates of species decline and extinction, de-extinction will not be able to come even close to resurrecting what we have destroyed. So which species do we try to bring back, and why? And, if it is even possible, will resurrected species behave the same way, will they perform the same ecological roles and affect ecosystems in the same way? I’m very doubtful.

However, we must stop perpetuating the idea that conservation is a zero-sum game, feeding a flawed narrative that we must choose which projects, species and ecosystems we support. A shortage of money isn’t the issue, value and priorities are. For perspective, it’s estimated Australia spent A$11.6 billion on fossil fuel subsidies in 2021–22, but recently only allocated A$10 million to 100 priority threatened species, fewer than 6% of the country’s listed threatened species.

It’s vital we maintain robust scrutiny and scepticism of ambitious projects, but we must also support scientists to push boundaries and take educated risks. And sometimes we learn, even when we ‘fail’.

Personally, I would love to see thylacines back in the wild, but I’m not optimistic we’ll see a self-sustaining and genetically diverse population of thylacines any time soon, if at all. If such projects are to proceed, I also hope that Indigenous people, and communities more broadly, are properly consulted and involved.

Importantly, both of these reasons also support de-extinction. One reason to bring back (approximations of) animals like the Tasmanian tiger and woolly mammoth is to help restore the ecosystems they used to live in; another is to bring humans a sense of wonder and awe, and perhaps even greater respect for the natural world. So, why not push ahead?

Perhaps the most serious ethical worry is that de-extinction is a poor use of resources; we could probably make a bigger difference to biodiversity by funding conservation efforts instead. But this objection isn’t decisive. The costs of de-extinction may come down over time.

Also, it’s unclear whether many people funding de-extinction efforts would otherwise have funded traditional conservation projects instead. We should keep an eye on the costs, but we shouldn’t reject de-extinction outright.

NO. While the scientific endeavour to demonstrate capacity to re-animate long-extinct species does have some merit, claiming that the approach will counter present-day extinction rates or could be used as a conservation tool is naïve.

Also, large predators like thylacines require large home ranges to gather food, establish territories, and raise young. The reason they were driven to extinction in the first instance was due to perceived conflict with landholders, so even if the problem of genetic diversity could be solved, the social licence to re-establish a large population of predators is unlikely to be granted (consider the case of dingo persecution throughout most of Australia today).

Furthermore, the available habitats in Australia that could support a large population of thylacines have dwindled or been degraded radically since the early 19th Century. Combined with no-analogue climates of the immediate future due to global warming, it is unlikely that there would be sufficient available habitat to support a viable population.