This article by Dr Renae Barker, from the Law School at The University of Western Australia, was originally published in The Conversation on 18 August.

What lead to this rupture and what does it mean for the future of the Anglican Church in Australia?

Anglicans are the second largest Christian denomination in Australia, making up 9.8 percent of the population.

They suffered the greatest decline in numbers of any Christian denomination between the 2016 and 2021 census, losing 604,900 members.

The Australian Anglican Church is divided into 23 independent diocese and is a part of the worldwide Anglican Communion.

The Diocese of the Southern Cross is a new religious denomination that was first incorporated in September 2021, although it was not formally launched until this week.

Its first bishop will be the former Anglican archbishop of Sydney, Glen Davies.

The new diocese describes itself as a parallel Anglican structure following key Anglican documents such as the 39 articles, the Book of Common Prayer and the Ordinal. However, it is not part of the Australian Anglican Church nor will it be part of the Anglican Communion.

In other words, it is not the 24th diocese of the Anglican Church of Australia. 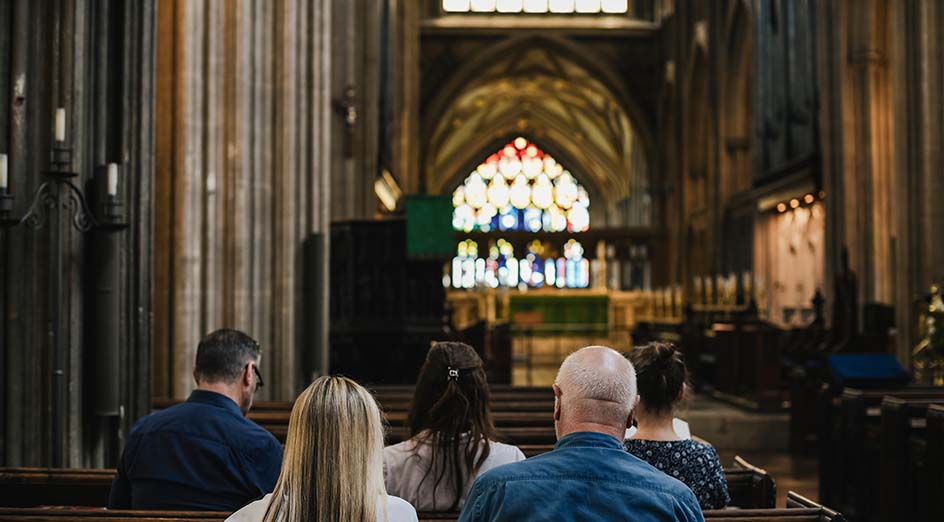 Why has the Diocese of the Southern Cross been created

The reasons behind the creation of the Diocese of the Southern Cross are complex. On its web page, GAFCON Australia states:  "At the recent General Synod (the church’s triennial meeting), a majority of bishops were unable to uphold the Bible’s ancient teaching on marriage and sexual ethics."

However, in his response to the announcement of the creation of the Diocese of the Southern Cross, the Primate of the Australian Anglican Church Archbishop Geoff Smith noted:  "The meeting of the General Synod held in May this year clearly affirmed the view that marriage is between a man and a woman, and declined to affirm same sex marriage."

It is perplexing therefore that the leaders of this breakaway movement cite the reason for this new denomination as the failure of General Synod to explicitly express an opinion against the blessing of same sex marriages.

In 2020, the Anglican Church’s Appellate Tribunal ruled that blessings of same-sex couples were permitted under church law.

The Bishops of the church met in response to this ruling, and noted “with pain we recognise that there is not a common mind on these issues within the House of Bishops.”

The 2022 General Synod did not pass any resolutions specifically affirming that marriage is between a man and a woman. However, a resolution on Exemptions Clauses for Religious Bodies included this statement that the Anglican Church:

"Continues to affirm that marriage according to the rites and ceremonies of the Anglican Church of Australia is the voluntary union of one man and one woman arising from mutual promises of lifelong faithfulness.

"The doctrines, tenets, beliefs and teachings of our Church are expressed in the authorised liturgies of our church and there is currently no liturgy for the solemnisation of a same-sex marriage."

However, the House of Bishops also voted against a specific motion “that sought to affirm that marriage is only between a man and a woman and the blessing of same sex marriages was not in accordance with the teaching of Christ.”

What is the future of the Australian Anglican Church?

While much has already been said about the split in the press and elsewhere, the future is very much unknown.

Parallel Anglican organisations have previously been set up in other parts of the world including New Zealand, the United States and Canada with varying degrees of success.

The Diocese of the Southern Cross is not even the first parallel Anglican denomination to be set up in Australia.

For example, the Anglican Catholic Church was established in 1987 and describes itself as the “traditional Anglican Church in that we preserve the Historic Beliefs, Holy Tradition, Creeds, and Liturgies used by the Church in England prior to their latest reformation”.

Australian Anglicans are used to a church that does things a bit differently.

For example, while the Anglican Diocese of Sydney will only ordain women as deacons, the Diocese of Perth is headed by Archbishop Kay Goldsworthy, one of the first women to be ordained to the Anglican priesthood in Australia.

While things may be uncertain at the moment, the words of Archbishop Smith sum up the current position of the church well:

"It is always easier to gather with those we agree with," Archbishop Smith said.

"But in a tragically divided world God’s call and therefore the church’s role includes showing how to live together with difference.

"Not merely showing tolerance but receiving the other as a gift from God.

"My conviction is that the Anglican Church of Australia can find a way to stay together, graciously reflecting God’s great love, with our differences held sincerely.

"This week’s announcement makes achieving that end more difficult but not impossible."

Our community
Our people
Policy and opinion
Research
Business and law