UWA engineering and science students have learned about the future of careers in space from the Head of the Australian Space Agency and UWA Graduate, Enrico Palermo, during a recent visit to campus.

“What an amazing bunch of students,” he said. “It’s been great to see the passion and excitement among them, and how many diverse opportunities they now have access to, even more so than when I was a student.”

“What an amazing bunch of students. It’s been great to see the passion and excitement among them."

After completing a Bachelor of Engineering and Bachelor of Science at UWA, Mr Palermo became the COO of Virgin Galactic, before taking the helm at Australia’s space agency earlier this year.

UWA student and aspiring aerospace engineer, James Dingley, said Enrico’s visit helped him and his peers gain a deeper understanding about the agency many of them aspire to join after graduating.

“In 2017, I attended the International Astronautical Congress where the Agency was announced. At the time, I asked government officials how students could get involved,” James said.

“I never suspected that five years later, I’d directly ask the head of the agency myself.” 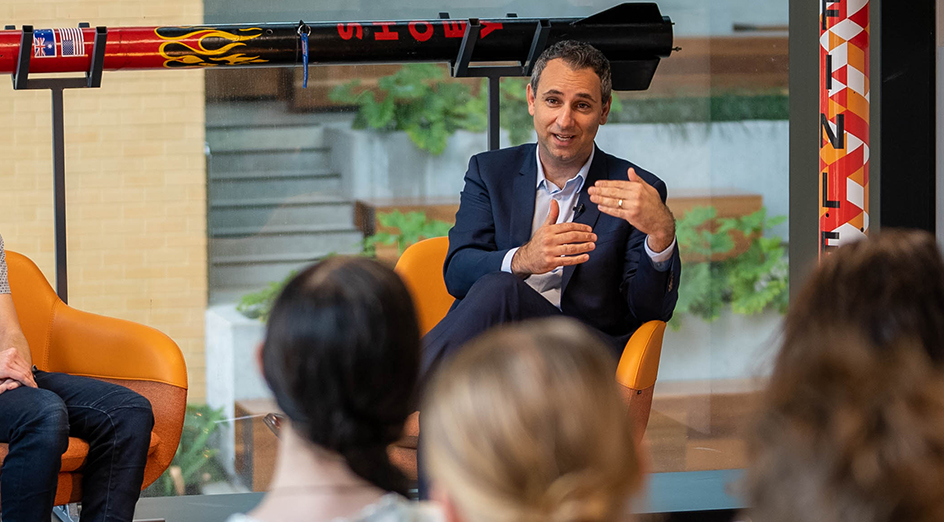 According to Enrico, there is no set formula for success in space.

“Follow your passions and say yes to every opportunity to develop your skills,” he said. “This all comes together to build a skillset that enables students to lead and do amazing things in space.”