This Australia Day, scientists from The University of Western Australia have unveiled a genetic analysis of the koala, which could help better understand how to protect the beloved iconic Australian species.

“This will help us understand koalas co-evolution with native eucalyptus species, how to develop stronger vaccines to prevent common diseases in the species and better ways of supporting their disrupted populations due to deadly bushfires,” Associate Professor Kaur said.

The koala is an iconic symbol of Australia, and is classified as a vulnerable species by the International Union for Conservation of Nature.

"This will help us develop stronger vaccines to prevent common diseases in the species and better ways of supporting their disrupted populations due to deadly bushfires."

“Because of their slow movements and eucalypt trees being highly flammable, koalas are particularly at-risk during bushfire season,” Associate Professor Kaur said.

“The situation is made worse by their natural instinct to seek refuge in higher branches, where the heat and flames from bushfires are most prevalent.” 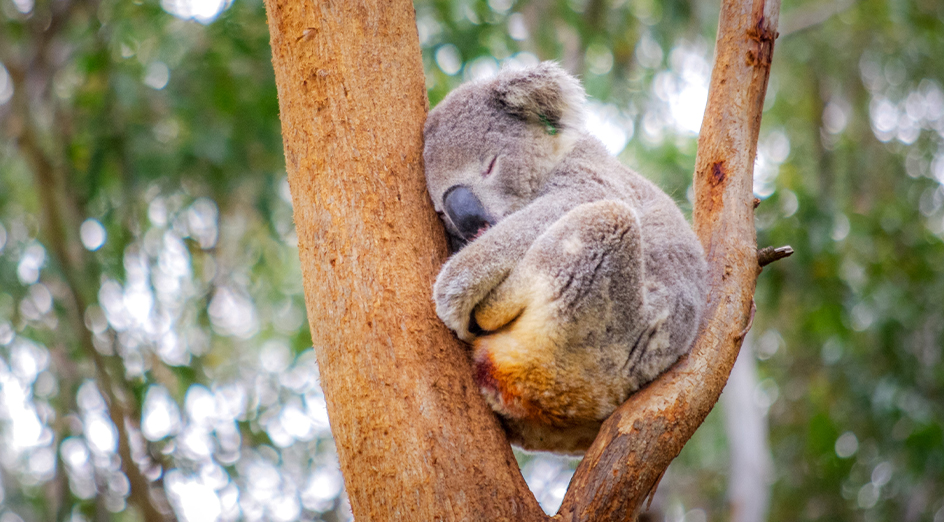 The scientists from UWA partnered with Ranger Red's Zoo & Conservation Park to obtain a genome sample of the biologically-unique mammal that thrives on highly toxic eucalyptus leaves which would kill most other animals.

“From the sample provided, we were able to sequence the koala’s complete DNA architecture and analyse the genetic data to produce a chromosome-length genome assembly to better understand the creature.”

“The research will contribute towards projects on Kangaroo Island which involve expanding the genetic diversification of koalas and restoring their habitat following the 2019 bushfires."

Bradley ‘Ranger Red’ Holland, from Ranger Red's Zoo & Conservation Park said despite their cute and cuddly appearance, koalas are wild animals and should not be disturbed in their habitats.

“The research will contribute towards projects on Kangaroo Island which involve expanding the genetic diversification of koalas and restoring their habitat following the 2019 bushfires,” Mr Holland said.

Scientists at DNA Zoo believe recent technological advancements in genomics and DNA sequencing, which allow for high-speed and low-cost development of reference genomes, could play a critical role in conservation efforts globally.

“DNA Zoo Australia regularly partners with conservation bodies, zoos and many other collaborators across Australasia to collect, sequence and analyse genomes that could help save Australian species,” Associate Professor Kaur said.

More information on the global genome sequencing program is available on the DNA Zoo website.