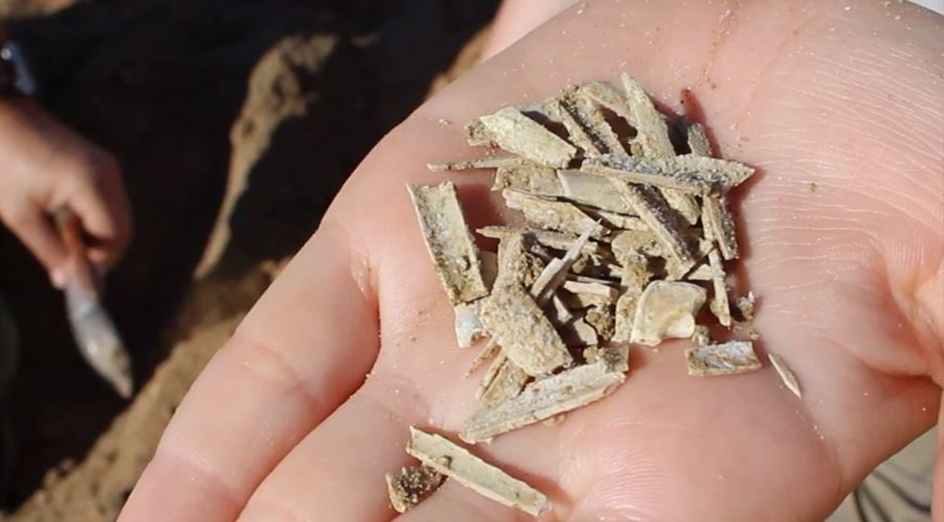 A remote expedition to a large salt lake in South Australia has unearthed the fossils of a tiny new species of skink, pronounced Australia’s oldest at 25 million years old.

Researchers from The University of Western Australia, Flinders University and the South Australian Museum made the discovery in 2017 at a rich fossil site, seven hours drive north of Adelaide.

Following the crusted shoreline of the salt lake, the team sifted through a cross section of sediments where fossil excavations of the ancestors of wombats had been previously unearthed. Remains of prehistoric fish, platypus, dolphins and crocodilians had also been found nearby.

“The significance of this site containing the ancestors of Australia’s early marsupials was already well established, but no fossil lizards had ever been found in the Namba Formation.”

Lead author Dr Kailah Thorn from UWA’s Edward de Courcy Clarke Earth Sciences Museum, said some of Australia’s most famous animals, including koalas and kangaroos, had been traced back to their fossil ancestors in remarkable finds in central South Australia.

“The significance of this site containing the ancestors of Australia’s early marsupials was already well established, but no fossil lizards had ever been found in the Namba Formation,” Dr Thorn said.

“It was 45°C in the shade that day and hard work digging through the clay, but it was definitely worth it once the tiniest of bone fragments turned out to be those of the oldest Australian skink.”

The once-green interior of Australia is considered the cradle of Australia’s unique fauna and in particular its reptile diversity.

“Fossil lizards are often too small to be identified when you’re in the field and lizard skulls are made of more than 20 individual bones that all disarticulate when they fossilise,” Dr Kailah said.

“The discovery of the tiny fossil lizards in an area the size of one million soccer fields was enabled by building an understanding of the geology of the region, and targeting bands of silt to sieve and sort back at the lab.”

When the researchers placed the fossil in the evolutionary tree of lizards, it was found to be an early member of the Australian skink subfamily Egerniinae – the group now encompassing bluetongues, sleepy bobtails, land mullets and spiny-tailed skinks.

Many more fossils from the Namba Formation remain to be described by the team over the next few years, completing the puzzle that is the evolutionary origins of Australia’s most iconic animals.