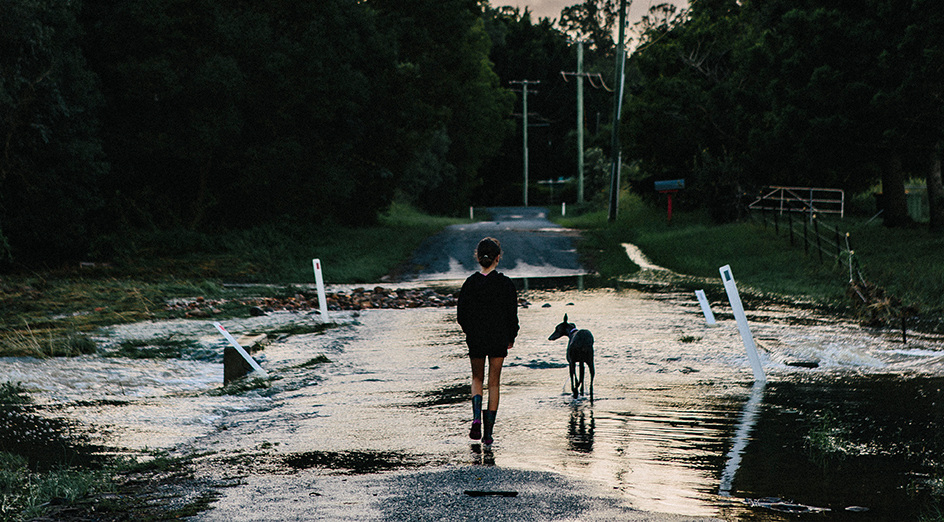 A new book edited by Dr Natasha Pauli from The University of Western Australia and Professor Andreas Neef from the University of Auckland investigates the impact of natural disasters on the Asia-Pacific region and examines how local responses from communities regularly affected can be one of the greatest attributes in disaster response.

Climate-related disasters in the Asia-Pacific such as floods, cyclones and typhoons have claimed more lives and caused more damage over the last 20 years than in any other region in the world.

In 2017 alone, 19 million people worldwide were displaced by climate-related hazards, half of them living in the Asia-Pacific region.

UWA Lecturer Natasha Pauli from the School of Agriculture and Environment, and the Department of Geography and Planning, said a combination of climate change, environmental degradation, urbanisation and high-density population made the region most vulnerable to natural disasters.

“Unfortunately the cost of these disasters falls disproportionately on the poorest and most marginalised communities,” Dr Pauli said.

“Yet in many ways, communities of people in lower-income countries of the Asia-Pacific have the ability to be highly resilient and adapt in the face of disasters, drawing on community networks and rich local knowledge to survive. We can learn a lot from them.”

Dr Pauli said the research found that too often groups in the community were excluded from making decisions, meaning they were more vulnerable to future disasters.

“Local cohesion is important for the communities we researched. For example, in the last decade Fiji has been hit by multiple floods and cyclones and the community adapted by having a broad range of activities to draw income from, such as farming, fishing, tourism and work outside the community,” she said.

“Women and men share responsibilities in disaster preparation and recovery, for example harvesting crops from fields before a cyclone hits, stocking the household with additional water and first-aid materials, and cleaning up debris and damage around the house in the days after the disaster.”

Dr Pauli said that in some extreme cases, entire communities in Fiji relocated away from areas prone to increasing natural disasters.

“A key challenge ahead for Fijian communities is addressing climate change, the impacts of sea level rise and the increasing frequency of disasters,” she said.

Dr Pauli said in Cambodia, communities along the Mekong River have vast experience living with seasonal flooding, as the river expands and contracts with monsoon rains.

“Local communities plant a variety of crops throughout the year, in different locations, to reduce the risks associated with reliance on a single crop in a single place,” she said.

Dr Pauli said while disaster planning and management in Australia was different to countries of the Asia-Pacific, there were clear parallels.

“It is clear that locally-led responses as well as local knowledge and Indigenous land and fire management is important. This was again highlighted in the 2019-2020 bushfires Royal Commission into National Natural Disaster Arrangements,” she said.

“Rather than being passive recipients of aid and recovery packages, communities and local leaders hold valuable knowledge and their actions can significantly aid and improve disaster adaptation and recovery planning.”