An investigation into the future of human mind-uploading that could extend life indefinitely and a project that will map Australian preventive justice have been awarded Federal Government funding.

The scheme aims to support researchers in their early careers and each DECRA recipient will receive salary support for three years.

Dr Clas Weber from UWA’s School of Humanities was awarded $352,000 to investigate the potential and the consequences of mind-uploading, the process of transitioning a person from a biological hardware to an artificial one.

The technology to upload the human mind may become available within this century, raising several practical and ethical issues about whether we could actually survive this process and whether humans could live a meaningful life as a simulation on a computer.

The project will bring together philosophy of mind, metaphysics and artificial intelligence to create a theoretical framework for mind-uploading and provide directions for scientific research and technological development.

Dr Weber said an uploaded existence might be the only option in a future world populated by super-intelligent machines.

She said preventive justice was an old concept, but one that could not be of greater significance to Australia in navigating the COVID-19 pandemic.

“The efforts of Australian governments to halt the spread of COVID-19, including instituting lockdowns and curfews, and limiting inter and intra-State movement, has magnified the role that law and policy can play in preventing social harms,” Dr Tulich said. 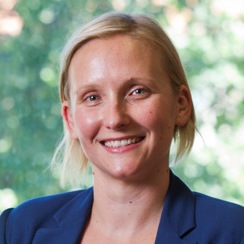 She said the fundamental premise of preventive laws was sound: it is far better to prevent a harm –  criminal activity, a terrorist act, the deadly spread of COVID-19 – from occurring than to respond to an eventuated harm.
However, preventive laws also presented a number of democratic and legal challenges, including the justifications for preventive justice worldwide.

“Following September 11, international attention has concentrated on the use of new or revived preventive measures against terrorist suspects, yet little research has been done to understand the role of race in preventive justice and injustice,” Dr Tulich said.

“An Australian account of preventive justice must recognise its role in the formation of the nation state, and the complicity of preventive laws in racial oppression and in the reproduction of inequality in the face of ongoing resistance and contestation by First Nations Peoples.”

Health and medicine
Research
Science and environment
Business and law