Scientists from The University of Western Australia have analysed WA coastal data from the last 50 years and found extreme sea levels leading to coastal flooding are rapidly increasing.

The study, published in Earth’s Future, shows that a combination of sea level rise and climate cycle factors unique to WA will likely accelerate coastal flooding risks in the future. 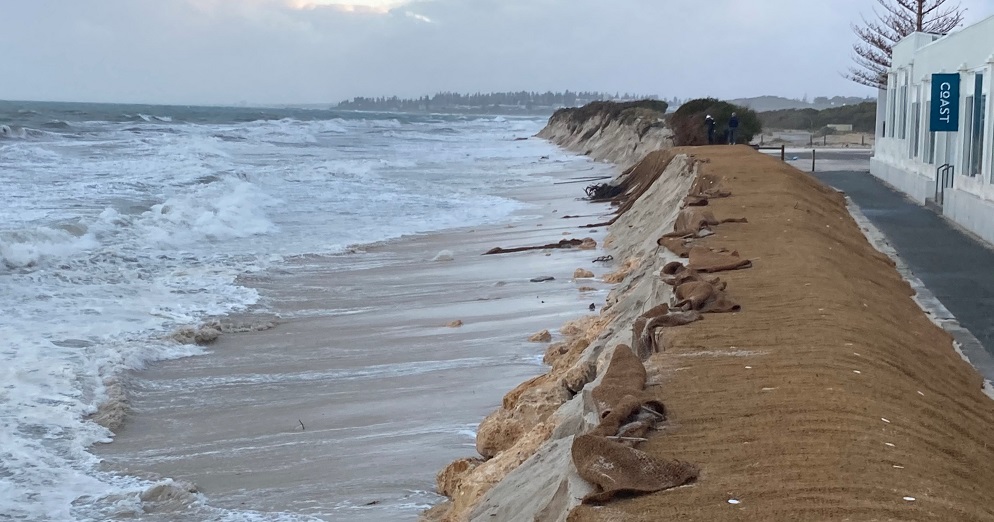 The research highlights the large task at hand for government and authorities to protect coastal populations and infrastructure, particularly in low lying areas.

Lead researcher Professor Ryan Lowe from the UWA Oceans Graduate School said while sea levels had been rising steadily at 3 to 5 millimetres per year in recent decades, on par with global averages, sea levels along the WA coastline were also strongly affected by El Nino and La Nina conditions.

“During La Nina, sea levels dramatically rise north of Australia and are then carried southward along the WA coast by the Leeuwin Current,” Professor Lowe said.

“We must develop and implement new solutions for large-scale coastal erosion, to address the scale of the problem.”

“At this time, sea levels can be elevated by up to 30 centimetres, which is nearly double the total sea level rise that has occurred over the past 50 years in WA.”

“These events are interesting in the global context, because La Nina conditions effectively cause a large sea level rise scenario along the WA coast that can be used to assess how coastal flooding and erosion will increase in the future,” Professor Lowe said.

“The south west of WA is particularly vulnerable to sea level extremes. Because of the usually smaller tidal fluctuations, coastal populations and infrastructure in these locations are generally not as well prepared for large sea level variations.”

Professor Lowe said rising sea levels would present many challenges for the future.

“There is an increasing need for coastal mitigation and climate adaptation strategies, with the demand only set to increase in coming decades,” Professor Lowe said.

“We must develop and implement new solutions for large-scale coastal erosion, as our reliance on conventional ways of protecting the coastline such as sea walls and breakwaters may become increasingly unsustainable to address the scale of the problem.”